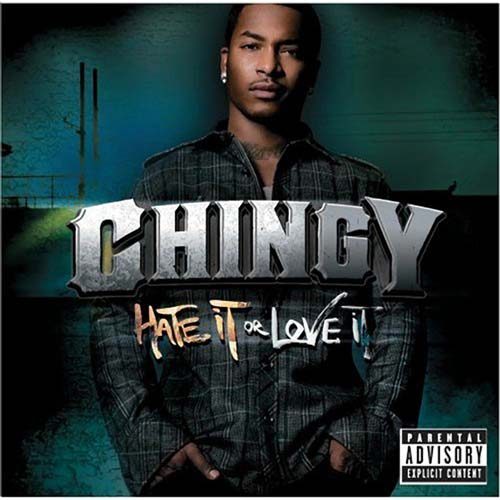 Chingy :: Hate It or Love It

From loving fans to the most ardent of critics, all parties on both sides must concede that Chingy is now well established in the music industry. On his first single “Right Thurr” he was accused of overusing the St. Louis rap accent as a gimmick and on his first album “Jackpot” he was accused of riding on Nelly’s coattails. The problem with both theories is that Chingy has released more albums in the last four years than Nelly, who merely repackaged a double album into one CD and added a few new tracks while Chingy released both “Powerballin'” and “Hoodstar” over the same period. With “Hate It Or Love It” Chingy is now on his fourth album while Nelly’s much anticipated “Brass Knuckles” has been postponed repeatedly and won’t come out until 2008. When it does finally hit stores (if at all) some people many honestly believe Nelly is biting Chingy.

That’s what happens when you go on hiatus for too long, and you certainly can’t fault Chingy for being on his grind when some of his St. Louis contemporaries aren’t. Chingy has three things going for him in 2007 – he consistently drops albums, he consistently has crossover hits, and he consistently moves units at SoundScan. “Hate It Or Love It” comes as something of a surprise though, and not because the album wasn’t well promoted. Indeed the real shocker on his second release forDTP Records is that Chingy added another item to the C’s and that’s consistent improvement. For starters “Fly Like Me” featuring Amerie is the best lead single off a Chingy album to date. L.T. Moe lays on the kind of thick crossover groove that you’d hear from LL Cool J or R. Kelly – pulsing bass with a softly clicking beat, tinkling bells, and an uptempo groove that’s never too fast or too slow. Amerie nails the hook as only a powerful diva can but Chingy’s new improved pimp game is also impressive:

“Now I done never had a girl that was so fly
Other guys come around you actin so shy
You’ve got ’em shakin in they boots and I know why
Cause they can’t handle the truth and that’s no lie
As for me, I’m the one that you’ve been dreamin on
And when you saw me I’m the one that you was schemin on
And when you need it I’m the shoulder you’ll be leanin on
Take off that Gucci and keep them Vicky’s Secrets on”

It’s one thing to have a hot lead single with an established name guesting on it but it’s entirely another to turn in 14 tracks that are satisfying from the get-go. The Co-Stars produced title track lets a lyrically matured Chingy flex a range of technique. As the heavy pounding sounds rattle the trunk he goes from a Juvenile “Ha” style flow in the first verse to an off-and on rap in the second where he changes up the rhyme scheme. The flow may be more impressive than the somewhat crass lyrics but he definitely has full command of the mic:

“Direspect the clique neglect the clique the tec’ll spit we wreck this shit
We rep the strip y’all dudes broads – shoulda had breasts and shit
… Confess to this, I’m the next to hit
Back for the first time, still rep what’s on my necklace bitch
Bitch! No I can’t cry about the past
Left Capitol and signed with Def Jam on they ass
Let’s get mo’ money, real fast, I’m in first, you still last
You the worst I feel bad for you fags!”

Other impressive beats and rhymes include the stripped down Khao banger “Lovely Ladies,” the soulful L.T. Moe laced “How We Feel” featuring Anthony Hamilton, the gangster pianos from Cool & Dre for the Rick Ross duet “Roll on ‘Em” and Michael Davis finding the opposite end of the ivories for the darkly luscious “Check My Swag,” where Chingy changes up his delivery for a breathless higher pitched but effective mode of pimp rapping:

“Wanna be my boo, plus stay caked up
Just stay up on your fashion, always be draped up
And just know this – your man ’bout paper
And when I talk listen – and fuck them haters
Oh you like Chanel, I can take you to meet her
Heels and sandals baby, you done wearin sneakers
Business I handle, heads turn when they see us
And if they don’t know, we gon’ make ’em some believers”

“Hate It Or Love It” is a pleasant revelation as it shows a successful rapper who is not resting on his past laurels or album sales and steadily trying to improve both his beats and rhymes. That’s not to say L.T. Moe will be mistaken for 9th Wonder or that Chingy will be mistaken for Aceyalone, but even if you’re going to rap about simple materialistic subjects there’s always an opportunity to speak with more flair in your delivery and more style in your lyrics. As Chingy says himself, “You can mug little birdie but I wish you would; the real do what they want, the fake do what they could.” Chingy is doing exactly what he wants and doing it the best he’s ever done.