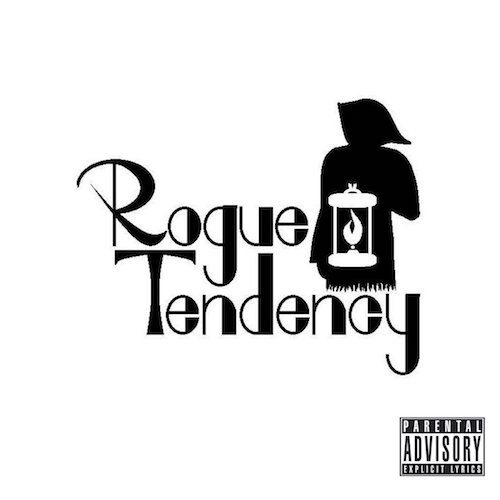 I want to take a second to sing the praises of Bandcamp for making a platform where independent artists can make their music available and music fans can discover artist and support them monetarily. Its user experience is vastly superior to Soundcloud, and their editorial department is solid as well. I’ve discovered a ton of great stuff on it, and it’s become where I buy most of my music (and heavy metal t-shirts). Plus, they donated all of their profits a few weeks ago to the American Civil Liberties Union, raising over $100,000 for the organization.

The coolest thing that Bandcamp does is give a venue for indie and unsigned artists to get their music out there. Case in point, Rogue Tendency, a hip-hop collective from Champaign, Illinois. The group consists of Black Mage, MC Rota, Humbly G, Johnny Cashed, Jokojo, and Teacher Freeman.

After a dance-infused intro track, the crew gets into it with “Rogue Tendency Gangster Crawl.” They take things way back, with the crew accentuating one another’s raps a la the Beastie Boys or Run-D.M.C. They even callback early 80s duo Double Trouble. There’s also a little Del in Black Mage’s flow, a little Eminem in Humbly G’s, and MC Rota (who, in full disclosure, has written for this site in the past) has a nasal style that recalls B-Real, only without the guns and weed.

The Bandcamp tags they use include “hip-hop” and “fun,” which sums up their approach. Listening to this, I got the sense that these were songs crafted for performing rather than deep missives scribbled down alone in the dead of night. Which is another way of saying that they lean frivolous rather than profound, although they end on a serious note with the exception of “Kill Em with Kindness.” It sounds like a group of guys having a good time and pushing one another creatively. There’s a lot of emphasis on clever word play and complicated rhymes. There’s also an energy and aggressiveness to the rhymes that owes something to playing open mic shows with noisy, distracted crowds.

Production is handled by Lucca, Remshot, Humbly G, The Legion of Doom, and Downtown Music. Several of the tracks are remixes or re-recordings of songs that the members had released either as solo projects or with other groups. As a result, the sounds vary a lot track by track – there’s a Southern rap vibe to “That Hot,” an alt-rap feel to “Wristbands,” Lex Lugdr vibe to “Obviously” and “I’m Sick,” and a Neptunes feel to “Kill Em with Kindness.” It’s all done competently, although none of the production really wowed me.

Musically “RTep” is well executed if unamazing indie rap. It’s fine, but not something that blew me away. That being said, this is the product of a bunch of people making music for the love of making music, putting their time and energy into creating something. There is a joy in what they are doing that comes through in their music, and that makes this EP worth a few spins at least, and possibly five bucks for a download.