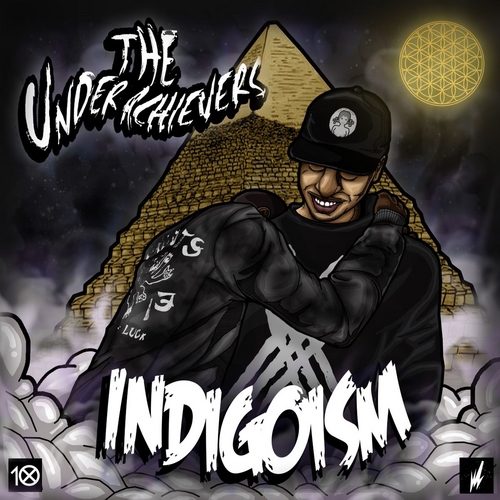 The Underachievers are often defined by the release of “Indigoism”. The reason for this is that despite the often impressive nature of their more recent work, each project following “Indigoism” seems to build off it but with only a fraction of its success. Plain and simply, the formula for “Indigoism” is otherworldly and extremely effective in that regard. The lyrical dexterity of this duo, composed of AK and Issa Gold, coupled with the LSD-infused instrumentals make “Indigoism” a release to remember.

The Underachievers weren’t the first rappers to speak on “third eyes” or the altered consciousness of psychedelic drug exploration. On “Indigoism”, however, they are some of the best to do it yet. The reason for this is that they do not simply talk of these themes, they create a sonic atmosphere based on them that resembles the feeling of a nearly indescribable out-of-body experience. While AK and Gold spit with spiraling, flat out aggressive flows over tracks like “New New York” with lines like:

“Holy Sinatras, Gods be on our rastas
Imposters, translucent their third eye
They Oscar, Trash, pop a tab of that LS
I’m fearless, ask Charles Darwin if evolution’s here yet”

They also casually talk of “spiritual tactics” and unlocking their “mind’s gate” while backed by a dripping beat of zoned-out drums and bluesy guitars on “Gold Soul Theory.”

The most encapsulating moment of the tape, however, comes during the back to back tracks of “Herb Shuttles” and “T.A.D.E.D.” Both of these tracks approach drugged out thinking in different ways: “Herb Shuttles” comes through with down-right nasty flows from both emcees while backed by a heavily atmospheric, gloomy beat while “T.A.D.E.D.” brings a sense of enlightenment with a booming bass and lines like, “Faith could seem a real make believe/I co-create my dreams into reality.”

The entire project contains a sense of refinement on production and flow but also a strong feeling of rawness. The way AK and Gold approach the mic is unique, and as they maneuver through the layered instrumentals, courtesy of producers like Roca Beats and Mr. Bristol, they leave little to be desired. However, this is often not a particularly lyrical album, it is an all-around feeling.

The Underachievers have yet to surpass their debut project “Indigoism”. While AK and Issa Gold slaughtered the well-crafted beats, they left little room for improvement on a hip hop project of this sort. That is not to say they have not put anything else out of worth, simply that they have set the bar quite high for themselves. Their careers are still relatively young, however, so who knows what they might come up with next.