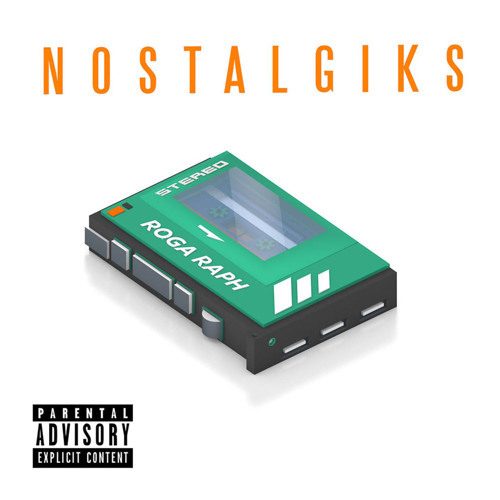 It’s fashionable to be out of step with the times now. One could argue this became the trend when baseball and football hats and jerseys with retired team colors and logos started to be marketed and sold to the masses, or when the boom in collecting vintage video games escalated in the last 10-15 years, or when Hollywood stars began wearing fashions from the last century on the red carpet. Whatever. It doesn’t really matter who you give the credit to for making “retro” the hip new thing. Within that yearning for nostalgia formed a whole new subset of trendy art, music and entertainment created to make modern masterpieces with a vintage look and feel. Depending on how “hipster” the artist, the goal could be to simply create something that looks or feels like it came from the 1980’s or 90’s, or to be even more authentic and create it using the same tools that would have been cutting edge to artists back then. Instead of just imitating a SP-1200 or an Akai S950, why not USE those actual machines while recording? How far the artist takes that aesthetic is a matter of personal preference but arguably of budget. The further removed from those vintage tools we become the more valuable those tools become to both artists and collectors alike.

That dynamic fuels my closer inspection of Roga Raph’s “Nostalgiks,” because even the press release describes it as having “an undeniable old school vibe,” and the skits on the album sound like a cross between the voice on an iPhone and the woman who recorded the interludes on “Midnight Mauraders.” Even Raph himself admits that “people will try to categorize me for having 90’s influenced music,” but it’s hard not to get that impression from a piano heavy boom bap song like “Where Ya R,” and even though Buckshot isn’t credited for a cameo, you sure as hell get a Black Moon

vibe from the chorus. That’s not a bad thing by any means, but to have such a soundalike imitation of 1993 hip-hop makes me wonder — is it emulated or recreated on the exact same equipment that Mr. Walt and DJ Evil See would have used back in the day?

The longer I spent with “Nostalgiks” the more I concluded that I don’t care if it’s “authentic” or emulation. What matters is the artistry that goes into it and even though I’m rather new to Raph’s self-described “throwback-meets-modern” music, the fact he’s pulling double duty on the beats and rhymes is sufficiently impressive to me to put aside how he achieved his results. While some while cast a skeptical eye as to whether or not the ends justify the means and ask Roga Raph to show his work, I’m sitting here bobbing my head to the Original Flavor/Camp Lo/Ski vibes of Raph’s “Bring It Back.” I’m not saying Raph gets the award for hip-hop quotables, but the flow is on point, the vocals are well equalized, and even if he’s not a punchline king he’s respectable at putting smooth flowing bars together.

“Most take a nap, at this moment in time
But me I stay awake, rock steady on my grind
Rearview mirror broke, no looking behind
That is it, case closed, s–t is mine”

Raph’s love for a bygone era of New York/East coast hip-hop comes through loud and clear on “Nostalgiks,” although it’s a good thing that it does or the album would’ve been poorly named. “Swimming” gives me that very early Roots/Illadelph jazzy live vibe. “Won’t Stop” was like some ill Frankenstein’s monster hybrid of Smif-N-Wessun sound with Das EFX breath control, and if he had said he was riggidy wrecking the mic I might just have lost it. If you don’t think “My Way” sounds like a lost track from one of the late Keith Elam’s “Jazzamatazz” albums, I suggest you go back and throw one in. You’ll drop your jaw at just how close Raph comes to recapturing that sound, and the lyrics are pretty damn good too.

“Watch as he displays, invisible rays to the oblivious
In comparison, word God, they raps hideous
Serious — get up out the way
or get devoured like the main entree
So STAY in your place
They’dve thought I’d obey and lay back and ‘OK’
My way or the highway
After that there’s really UHH nothing left to say”

In the end Roga Raph succeeds at a high level by not attempting to emulate one producer or one emcee from the 1990’s, but by having a chameleonic ability to take any classic 90’s rap soundscape and adapt it to his flow. I suspect this may have the unintentional consequence of making him as much in demand as a producer as for his actual music, but if he stays busy and keeps getting paid I suppose it’s all good. Either way the fashionability of retro isn’t going away any time soon and Roga Raph happens to be the right man for that sound and at the right time — right now.