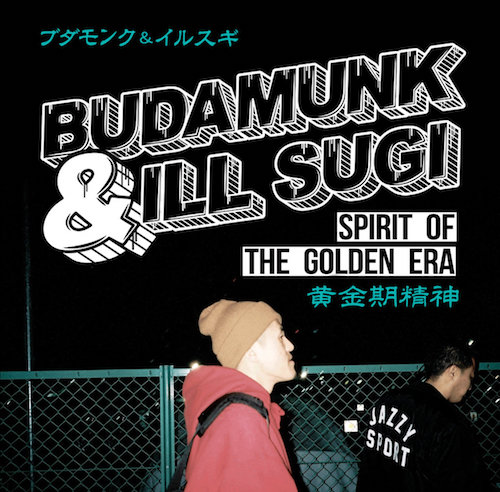 On some small level I tried to convince myself this was actually an album from tertiary level Wu-Tang Clan affiliate Buddha Monk, even though I knew deep down the spelling was different and such an album would have come from a small indie label in the United States or possibly even have been self-released. Still I indulged the fantasy for a bit because I never had anything against Buddha Monk, and wondered in my head what his vision of a “Golden Age” of hip-hop would be. Would he try to revive that early 1990’s Wu-Tang Clan sound? Would he enlist the help of RZA and 4th Disciple to try to create it? We won’t find out on this CD.

This particular BudaMunk is not from the Shaolim Slums – he’s born and raised in Tokyo and moved to Los Angeles at the age of 16, where he immersed himself in the local hip-hop scene. That’s a bit vague of course — Los Angeles encompasses a large swath of territory and many different scenes in its folds — but that’s all I have to go on here. He won a Scratch DJ Academy battle for beat creation at some point, then packed up his bags and moved back to Japan after spending a decade in Cali. He met ill Sugi at sometime around that time – a fellow hip-hop head who started deejaying professionally in 2006. The union between the two is the “Spirit of the Golden Age” described in the album’s title.

That spirit is clearly the spirit of experimentation. You couldn’t very easily classify any of the 12 songs on this album as standard boom bap, Southern swag, West coast G-funk, Memphis bounce, or any other label you’d apply to distinguish one style of hip-hop sound from another. In fact if you’re dead set on applying some kind of label despite the obvious disconnect from any known style, you might as well call it avant garde or experimental futuristic. What I hear on “Sound Invasion” is more fitting for a sci-fi video game than a head nod session. It’s got a beat and you can snap to it, but anything approaching a melody is disrupted by purposefully large jumps in volume, wailing sirens, and bass distortions. It’s dope but not in any sense you’d be used to unless you spent a lot of time listening to Ninja Tune releases in the late 1990’s and early 2000’s.

If you said this wasn’t hip-hop though you’d be going too far. You can definitely hear the arts at work on tracks like “Amplified Frequencies” and “Time to Rock” – the latter an instrumental which merges both Eastern and Western instrumentation. It shows BudaMunk definitely gained an appreciation for the North American hip-hop style while he was here but decided to give it his own spin.

I may be crediting too much of this to BudaMunk and not enough to ill Sugi, but since the bio goes out of its way to mention he’s the deejay, I have to take that for what it’s worth and assume Buda takes the lead when it comes to making the beats. Nobody’s making the rhymes though save for one track called “Day I Came” featuring Joe Styles, a super fast spitter who sounds like he could hail from the Living Legends collective.

This actually winds up being a bit frustrating since this one collaboration shows that Buda, Sugi and Joe could make some next level s**t if they sat down and recorded a full length album. If you really wanted to invoke a “Golden Age” this song is the one that does it – reminding me of a 1990’s era when seemingly every record that came from the Los Angeles era was on some Good Life Cafe cutting edge rap flows. If I could score more than one song for rhymes they’d probably get a good one, but for instrumentation alone I dig the unorthodox and creative vibes Buda and sugi Ill are on.