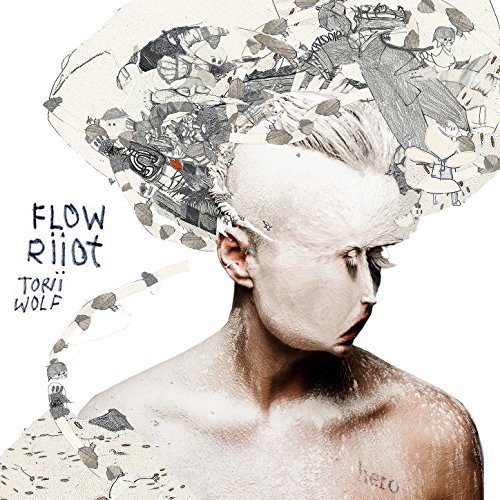 Hip-Hop endorsements don’t come much bigger than DJ Premier. The legendary producer has spanned three decades from the 1990’s to the present day producing some of the all-time greatest songs for a variety of the best rappers around. His albums with the late Guru (Keith Elam) as Gang Starr are certified classics. If he returns your call when you ask for a beat you’re doing something right. If he produces your entire album then you’ve REALLY got it made. Even some artists of questionable lyrical acumen he worked with are now fondly remembered just because of his boom bap beats and superb scratching. There’s an undeniable head nodding magic to his work. Even his misses are better than most people’s hits.

Notice I said “hip-hop endorsements” at the beginning of this review as we reflect on the fact Torii Wolf is a SINGER and not an emcee. That’s not to say that Primo hasn’t worked with many of the best artists in R&B as well – D’Angelo, Janet Jackson and Brandy just to name a few. Those were largely one offs, singles or remixes though. To my recollection (and seemingly confirmed by web searching) he’s never produced an ENTIRE album of someone crooning, and yet that’s exactly what he’s done here for Wantagh, New York’s own Torii Wolf. If you had told me she was Reykjavik, Iceland though I would have believed you. The warbling vocal tone, the breathlessly plaintive delivery, the accent you would swear is anything OTHER American are all there. If I close my eyes and listen to “Big Big Trouble” it sounds just like Primo working with Bjork, which is something I’ve always WANTED, so it’s a delight to listen to.

Now let’s offer a little clarification of Primo’s endorsement. “Flow Riiot” is released on his own To the Top Records imprint, so he clearly thinks enough of Wolf to have signed her to a deal beyond just producing her. As for the album itself though he didn’t produce the ENTIRE debut release from his budding songstress – just slightly more than half. The final total is 60% of 15 tracks, with the remainder being handled by King of Chill, Mike Zombie and Ms. Wolf herself. Non-Primo songs like “Pain Killer” are just fine. They’re not the ones I’m going to hit repeat on, but they show that Wolf doesn’t necessarily have to be carried by Premier to succeed, which is probably the point.

The songs with Primo’s signature touch definitely come “1st” though pun intended. There’s a cleverly self-referential scratch in the hook as Premier revisits his own production catalogue and flips a sample from Dilated People’s “Good As Gone.” I know absolutely nothing about Wolf’s sexual orientation, she could even be ace and it’s all good with me, but the compelling short form film that accompanies the song is more than just a music video. It shows Wolf trying desperately to cling to a girlfriend in a relationship that’s falling apart, and no amount of wine nor slow dancing and flower bouquets can keep it together. “You fell in love with me first” she begs, as if that alone can be the glue that binds them, but clearly it can not.

It’s not as though every Primo song is that ol’ boom bap though. “I’d Wait Forever and a Day For You” sounds more like something the late Guru would have done, but in that hiatus period between Gang Starr albums where he was collaborating with R&B and jazz artists. The finger snapping piano tune grows gradually more jazzy as it goes along, eventually evoking the feeling of a smoky night club where an old trumpeter enthralls the intoxicated crowd. “Where We Belong” is not a thumper either. It’s a slow and passionate Wolf song she begs her lover to come closer and be in her arms again. The song with the biggest crossover potential may be her collaboration with Macklemore on “Free.” This track actually “features” Premier even though King of Chill laced the beat.

Torii Wolf is ultimately as mystifying as her accent and quietly powerful delivery. Her partnership with the hip-hop kingpin surely yields rewards (such as this review) but it also makes me wonder if the world really needs TWO Bjorks. There’s a compelling argument here that it does, but there’s also the potential for this to go down in history as a Primo project everybody loved the production on that ultimately didn’t take the featured artist any further afterward. Only time will tell.