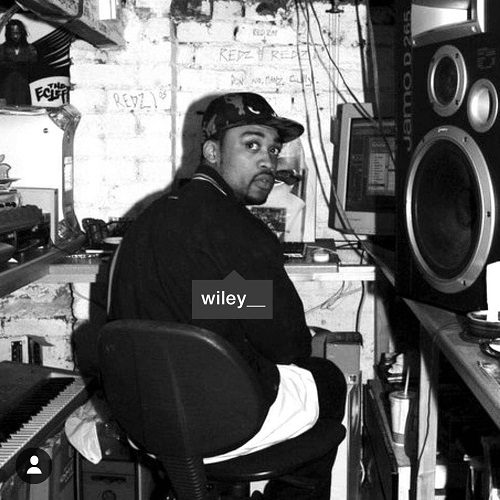 If I had to explain Richard ‘Wiley’ Cowie to myself (which is a big part of thinking about an artist) by the time of “Godfather,” it would be that he is Black Thought in terms how he’s completely in his element, that he is Biggie Smalls with his ambition to be a well-rounded rap artist, and that he is RZA when it comes to occupying a pioneering role in production. Too much? Too many American rap references? Don’t fret, there is some serious evidence that you’d be hard pressed to find such an essential individual figure in almost any artform. If the British music scene, if the streets of London can lay claim to something own and homegrown named grime, they largely have to thank Wiley for it, who by all accounts carried the genre on his back for a substantial period.

Not only emerged a number of the earliest white labels from his laboratory in the early 2000s, he also – before the new sound eventually became known as grime – helped define the aesthetic with a string of instrumentals that followed a sub-zero nomenclature – “Snowman,” “Eskimo,” “Frostbite,” “Avalanche,” “Snowball,” “Ski Slope,” “Ice Pole” etc. While performing on the club and radio circuit with bigger units (Pay As U Go Cartel and Roll Deep), Wiley Kat was soon making a name for himself and only himself. His solo debut “Treddin’ on Thin Ice,” arriving shortly after grime’s breakout album “Boy in Da Corner,” paved a way that he himself would regularly leave in more commercial directions but which he even more regularly came back to.

“Godfather” then is the ultimate return. It revisits fundamental elements of the music and its history. ‘The dance’ – or the rave, the stage, the set, the booth, the park, that one night, that one place, is at the center of grime’s endeavors. And Wiley is keenly aware of what brought him here. With “Godfather” he finally embraces the title many have given him and demonstrates why he can rightfully feel entitled to it. He can distribute production duties to over a dozen of disciples. Opener “Birds N Bars” is a Teeza remix of Wiley’s own “Tweet Riddim (The Bird Tune)” instrumental, and the majority of the tracks that follow adhere to the formula of brute, bare bone beats made up of wavy, melodically cold synths, wobbly, warped basslines, arcade game sounds, elements of funk and electro, arranged in a fashion that is effective for collective nighttime activities. Or in the words of guest Scratchy: “Bass, followed by strings and violins.” Simple as that.

Set to an unremitting barrage of drum, bass and synth stabs, Wiley writes a virtual grime manifesto. If mainly through offering a detailed look at his personal attitude (including the odd admitted flaw), delivered in an assertive flow that often feels like a lecture. After the cocksure “Birds N Bars” (where he vows, “Even when I’m dead, my vibe will be alive”) and before linking up with former antagonist Devlin for the massive “Holy Grime,” he uses “Bring Them All” to slip in a few philosophical remarks about focusing on the essential. “Name Brand” with Frisco and J2K (and Jme on the hook) is about having to live up one’s own established name/brand, in Wiley’s case particulary from the perspective of someone who is still eager not to miss the bus. And so he sets out to prove his current self and his credentials. In the shortest of terms, quoting from “Back With a Banger”: “I ain’t really got any points I wanna prove / But I gotta make a move.” Simple as that.

Such declarations of intent (expressed in several songs) are slightly undermined by loads of references to the past, nearly all in some shape or form related to his career. He namedrops many companions and features an equal amount. He offers glimpes into his drum ‘n bass beginnings and reveals even earlier influences (“Grew up on The Prodigy, grew up on the RatPack”). He records a sequel to the Roll Deep Rhythm & Grime track “U Were Always.” He dedicates an entire song to his MacBook Pro (“Laptop”). He names a track after an out-of-style fashion brand just to document how old school he is (“Joe Bloggs,” containing the rare non-professional recollection “I had a wild upbringin’, I was never stable / But I had manners at the dinner table”). He reflects on his body of work, reasoning, “Made sick beats I could never top / Couple ideas that will never drop.” He apologizes for failing die-hard fans (“I was goin’ through life,” he offers bluntly). He’s concerned about the well-being of his godchild grime (“I wanna see my genre where it belongs / It’s gettin’ bigger, are you hearin’ the songs?”). He even gives credit to an unforgiving foe (“Me and Dizzee made it an occupation”). And he defines the cold, from which his sound came:

“Like it or not, I came from the block
What I’ve seen might just leave you in shock
Man are in the station, prison or dock
Man are on the street with MACs, knives and Glocks
And dons gettin’ ran down, chased round blocks
Dons gettin’ skied by multiple shots
Dons gettin’ kidnapped, dons gettin’ robbed
That’s why I tell a don, ‘Just go get a job’
Blud, I was on the roof, I was in the trenches
I was on the mic chattin’ ’bout sixth senses
I was on the radio, legal and pirate
I was in the hood when they first called Trident
Doors gettin’ kicked off, guns gettin’ found
How’d you think I produced the coldest sound?
I was in the zone, anywhere you go
you can tell a man this ain’t a bogus sound”

When you’re really good at something, it makes little sense to do something else. Particularly when you consider it your own creation. We can’t be quite sure if Wiley has earned every single bragging right that he claims. But which other MC has? Wiley is the don of one of the last music genres that could grow and develop the classic grassroots way. He’s a mover and shaker who has every right to look back in pride, in personal pride. “Godfather” is the reaffirmation of a status, Wiley’s “Mama Said Knock You Out” or “Blueprint.” With “Godfather II” slated for release early next year, a year after this first volume, it looks as if Wiley, like the big names in US rap history, is not done yet. Catch him mid-career, between “I’ve already made a killin’, I’ve already made a scene” and “I can still spray up the riddims / of the oldest or the new grime.”