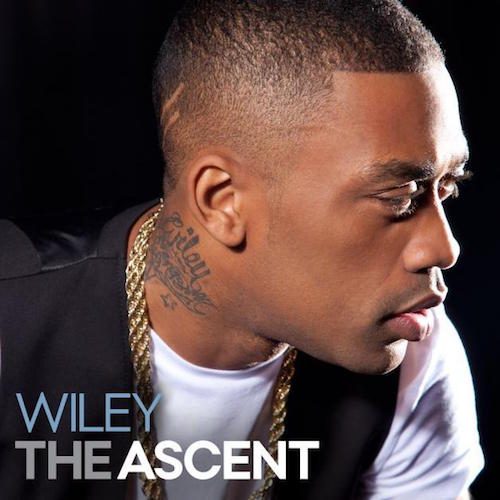 Some call Wiley (born Richard Kylea Cowie) the “Godfather of Grime.” That’s all well and fine if you know the grime genre, but even its North American advocates seem to differ on how best to appreciate it or understand it. For those who stumbled into our UK Month who have not a clue what it is, an overly broad explanation is that British rappers looked at the local electronic music scene, with its garage and jungle styles that had roots in U.S. hip-hop and house music, and said “Never mind the bollocks let’s make this a little HARDER.” They kept the synthetic sounds and up-tempo riddims, dropped the bass down, and spit machine gun fire bars thick with the local accent. Mind you I said this is an oversimplified explanation from an admittedly Yankee point of view, but to me it’s a reclamation of a sound that drifted toward techno and electro to bring it firmly back under hip-hop’s thumb.

As his popularity continued to accelerate in the 2010’s and Wiley albums like “100% Publishing” and “Evolve or Be Extinct” drifted onto my radar, I became more a fan of Wiley’s ruggedness and charisma, even as Wiley himself seemed to be turning into an artist who was more accessible to those outside of grime’s narrowband focus. As I hit rewind and go back to tackle “The Ascent” I’m immediately struck by just how much of this album sounds like what’s playing in my wife’s car. She likes to leave the XM on radio on channel 2, which continually loops songs from the pop top 40, and the only conclusion I can draw is that pop drew inspiration from grime in yet another case of the mainstream co-opting the underground. The Rymez produced “Heatwave” would easily be interchangeable with almost anything playing in her whip.

“If I draw five for the day
then we ain’t got to worry we’re nice for the day
Inspired by the sun, take flight for the day
Sippin a cold beer, sunshine in your face
Long nights are crazy we are on them
My name’s Wileym yeah play my song dem
When I arrive I’m causin a heatwave
I got vibes to sell, people want dem”

It could also be flowing in the other direction though too. Wiley may have seen that people were vibing to the more danceable and less aggro stylee of tracks on “Evolve” and what we hear on “The Ascent” was just him proceeding in that logical direction. In other words it’s possible Wiley took his cues from pop music. Either way you wouldn’t be surprised to hear the Rymez, Sillkey and Anthony “Krunchie” Bamgboye produced “Can You Hear Me? (Ayayaya)” playing at a club in the UK or the United States. In fact I can’t prove it off the top of my head but it feels like I’ve head this song in a beer commercial — and if not it sounds EXACTLY like the kind of song you’d see in one. This is tailor made for getting a buzz, throwing your hands in the air, and throwing your body around to the tempo as Wiley and his cohorts (Skepta, JME and Ms D) get their flows on.

Someone on either side of the pond is probably going to be annoyed that I compared this album to LMFAO, but the longer I listen to “The Ascent” the less it feels like something dirty, muddy and grungy and more like something that wants to “party rock” ’til the break of dawn. Even the non-single cuts bring the club swing. “Tomorrow” featuring Megaman and Styalz Fuego (the latter also produced it) couldn’t be more pop. That’s only a negative if you only want your raps to be head busting, gun toting, chest thumping swagger. Wiley still describes himself in one word “grime” in his raps, but it’s just not filthy. “Hands in the Air” is about hitting on cute girls. “So Alive” has enough pound in its bars to live up to his proclamation of “thunder underground” but he’s also celebrating by “putting a flag in the sand” so he can “toast to my achievment.” In his shoes could you blame him? Literally his shoes – he raps “I’m still Wiley but I’ve got kicks now.”

If you’re looking for the harder tracks you definitely want the deluxe edition so you can hear the self-produced “Ninja,” a throwback to Wiley from a prior era. Otherwise it’s going to be songs like “Lights On” featuring Angel and Tinchy Stryder, which to me would work just as well with Rihanna singing over it instead of Wiley rapping on it. Again your mileage (or kilometers) will vary here depending on whether you wanted super gritty lyrics and topics with deep bass and fast beats. Well you’re getting two out of the three, but this “Ascent” sees Wiley rising toward being not just a godfather of grime but a king of pop. He’s not going to sing or moonwalk but he’s definitely going to chart.