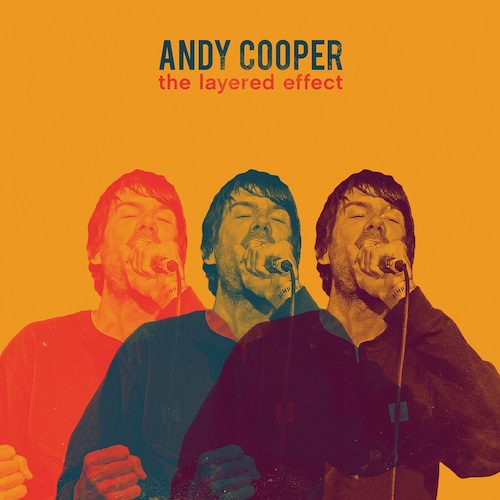 In the 1990’s and 2000’s there was a Southern California rap group called Ugly Duckling made up of Dizzy Dustin, Young Einstein and Andy Cooper. They got a little buzz, achieved a little fame, and received favorable comparisons to Jurassic 5. The latter may have unintentionally been their undoing. Even though J5 had a flavor strong enough to be shared without watering it down, it may just be that hip-hop heads felt they didn’t need “Jurassic 5 Number Two” when the original would do. While the group never formally broke up, we’ve heard no new group albums from them in over half a decade, while both Dustin and Cooper have soldiered on with their own solo careers and albums.

2017’s “The Layered Effect” is a largely self-produced effort with Cooper handling both the beats and the rhymes throughout. There are a few assists throughout though. Abdominal drops bars on “Anything Goes,” a track with a dope “Jack of Spades” sample, and Dutch emcee BlabberMouf does a dead-on impression of Fu-Schnickens’ emcee Chip-Fu on “Here Comes Another One.” It’s so close I had to check the credits to be absolutely sure it wasn’t him. It’s not… but if there was an impersonation contest Blabz would win!!

What’s equally impressive about “Here Comes Another One” if not moreso is Cooper’s slyly throwback jazz track, a hip-hop song that could easily be mistaken for a bonus track from a Jazzmatazz or Us3 album. You could bop your head to the song with or without the raps from Cooper and Blabz and it would be dope either way

Cooper’s own press kit self-deprecatingly calls him “the skinny white dude who’s into old school beats” but if that’s a crime then consider me guilty as charged… except that I’m fat and not in the “P-H-A-T” sense. The good news is that I could rock “The Layered Effect” on headphones at the gym while I’m shedding those extra pounds. “Sizzling Hot” fits the song it’s named for – a kicking combination of cowbell, clave, crowd response and creative scratching. It’s uptempo and fun and when Cooper brags, “You can’t get enough of the track assassin,” he’s not wrong.

Cooper has serious skill but doesn’t take himself too seriously. “Do the AndyPuppet” could replace doing the “Steve Martin” or the “Roger Rabbit” as a hip-hop dance craze and fit right into the era of either one, which makes me wish there was a music video for the song complete with a “Me and the Biz” style Andy puppet. And even though he’d probably rather avoid the J5 comparisons, I swear that “The Perfect Definition” sounds like a song produced by Cut Chemist or DJ Nu-Mark, and I only mean the HIGHEST of praise when I throw that out there.

Occasionally Cooper’s punchlines might be a little obtuse for some listeners (“I stay ‘On the Road’ like Jack Kerouac”) and at other times they might be a little cliche (“I explode with the force of a hydrogen bomb”) but they never cross the line into being cornball or played out. Even on a song you suspect might be dour or depressing like “B-Boy Blues” the infectiously upbeat personality of Cooper comes across as he tells the story of a popper who misses popping/breaker who misses breaking on the dance floor. Cooper’s dedication to Rick Rubin on “Rick Said So” is an appropriate mash up of hip-hop and hard rock, and on “Last of a Dying Breed” Cooper presents the down side of overindulging in such nostalgia to the point you miss out on what’s new and good. That’s a fitting note to end this review on, because Cooper’s “The Layered Effect” is both of those things.