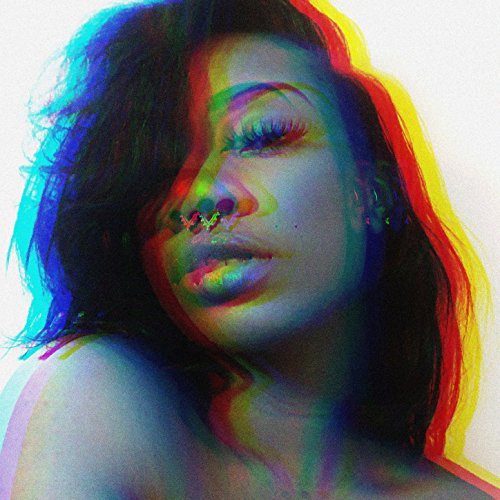 I think if I keep staring at this album cover long enough I’m going to need a pair of those 3D glasses with the red and blue lenses to see if the fly honey with the nose ring pops off the page and comes to life.

Elaquent has been featured a couple of times before with reviews that rated his production style as “far above the average.” As talented as he is though Elaquent wanted to go a little deeper and give his music a message this time. The songs may not have any lyrics to go by but that’s alright – if you didn’t pick up the vibe from the tracks and the title he states it point blank in the press kit.

“Life sucks sometimes. With all the depressing things that happen throughout the world, to people you know, to yourself even, it’s important to take a moment and appreciate the beautiful things the world has to offer, to prevent from going crazy. Stay positive, celebrate life.”

Your timing is good El. The passing of Craig Mack hit me pretty hard last week, more than I cared to admit at the time. I dealt with so much death and loss in 2017 that there was a point I found it hard to write let alone function, and at times I felt like a machine just churning out one article after another because I didn’t know what else to do. Work was a distraction from the turbulent emotions I was feeling. Eventually though I hit a brick wall and had to deal with it. Life’s funny like that. You think you can fool yourself until one day suddenly all out of the blue you can’t any more.

A track like “Sao Paulo” makes more sense to me now after everything I’ve been through. There’s a feeling of Elaquent unburdening himself in the production of this song. It’s not exactly Brazilian per se, but it takes inspiration from the Paulistas and their laissez-faire attitude of letting things happen whatever way they’re going to without interfering. It’s jazzy and freeform and just jumps all over the place to whatever sounded or felt good to Elaquent at the time. It has a rhythm but it’s also not bound to it. This is some breezy feel good shit right when I need it.

Each song has its own unique vibe that can transport you to a different place in your mind if you stop and take the time to truly absorb the music. “Cocoa” is a warm comforting vibe with some electronic notes floating like marshmallows at the top… right until the cymbal comes in and starts to melt them away. I can’t tell you if “No. 540” is the 540th beat that Elaquent made, but I know you’d want 539 and 541 too after nodding your head to his jazzy fat nastiness. “Something Classic” says it features Dibiase, but that’s clearly in an instrumental way I can’t otherwise discern, because the only element I can distinctly pull from it is a Redman style “HUHHH!!”

In what I’d have to characterize as a depature from the norm for Elaquent, there’s actually a SINGLE and VIDEO to accompany the release of “Celebrate Life!” I’m so used to him being Mr. Low Key producer behind the music that it didn’t even occur to me that he’d put himself out there like that with a video/single, but with musical collaborators K and Le Maestro adding their essence to “Black” perhaps he only felt it right to pay them back with this fly cartoon feature.

What else can I say? (Kick the beat in!) Elaquent lives up to the album’s title. If you’re feeling down this one is a non-pharmaceutical upper that’ll bring you more joy than Arin Hanson on Prilosec.