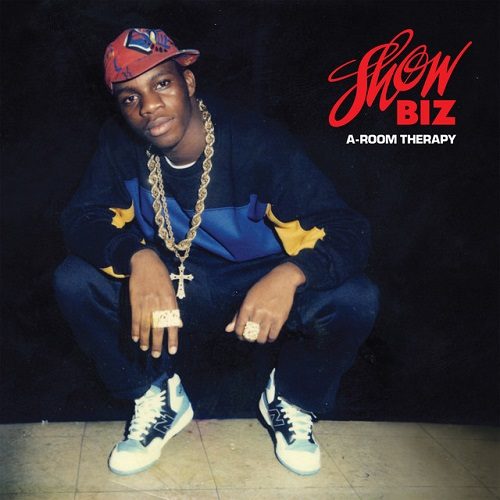 I have a few questions for Showbiz. What is the ‘A-Room’? Is it a cabinet, chamber, cubicle or something on the D.I.T.C. Studios premises? If the hyphen shouldn’t be there, what exactly is ‘a room therapy’? Is it the opposite of a wilderness therapy? Or are we talking about aromatherapy? Oh, and this: David Bars wrote a touching song called “The Kalief Tale” for the album that recounts the tragic story of Kalief Browder, a young man who committed suicide after being held for three years without conviction on Rikers Island. In that context, how could a regrettable line like A Bless’ “I done touched all type of islands, you niggas only touched Rikers Island” (from “Toe 2 Toe”) slip past everyone involved? That’s a worst-case lyrical coincidence.

While producers usually cannot be held accountable for the stuff rappers say on their beats, it’s a little bit different when your name is on the marquee. Your release, your responsibility. Still the single mishap should not distract from the substantial contribution that is “The Kalief Tale.” Following Maino’s attempt to recount the story with “The Ghost of Kalief Browder” last year, David Bars keeps the lyrical finesse just modest enough to not detract from the emotions he’s trying to convey as he describes the dire situation the caged teen finds himself in. Showbiz and Motif Alumi provide a serene backdrop, eventually enriching the basic melancholic piano with a celestial sphere, a gentle hint at the pure soul that was destroyed by the apparently wrongful incarceration.

Save for one track, Showbiz is assisted by either Motif Alumni or Dark Keys, which takes nothing away from his efforts. Practically every top producer has at one point brought in peers to keep his sound fresh. Rather than the state of the art, however, “A-Room Therapy” reflects the sonic state of Diggin’ In The Crates. Which is, within the confines of their niche, more or less all over the map. “Do What I Want 2” with its ’60s soundtrack groove is stuck somewhere in the era between “Reasonable Doubt” and Diplomats, sounding like something Missin’ Linx might have dropped. It sets up a sober convo that sadly doesn’t materialize with David Bars’ mismatch between professed ambition and casual rapping. The bumpy, MPC-processed “Burn Something” is an unnecessary throwback to the ill-fated D.I.T.C debut from the turn of the century while rappers A Bless and Tashane manage to muster a couple of uninspired fire and smoke metaphors. “The Company” abides to D.I.T.C.’s audio austerity policy and ends up a purely functional track that is basically comprised of sound droplets steadily raining down. “Pull Out the Gage” even recalls experimental sample-free rap circa 1991.

Samples still provide a safety net for beatmakers like Showbiz. “Bronx Day” is sure to satisfy nostalgia on several levels. As a sunny soul sample thumps in the background, the song’s rappers celebrate hip-hop history. Tashane, who was tragically murdered in 2013, drops unexpected names like Rappin’ 4-Tay and The D.O.C., while Majestic Gage goes directly to the source of hip-hop culture:

“1520 Sedgwick Ave is where it started at
1970s, wishin’ I was a part of that
Acknowledge that it didn’t start with rap
and I can honor that
Thankin’ God for Kool Herc because he fathered that
In the South Bronx from the heart
spinnin’ records in the park after dark
stoppin’ the violence before it start
With precise skills that were sharp
but did it so nonchalant
Before the charts when it was more about the art”

“City of the Gods,” billed to Showbiz & A.G., would have substantially enhanced last year’s group album, Showbiz slowly turning up the heat on the warm background on the self-produced beat as his partner dispenses his positive philosophy. History and experience provide A.G.’s performances with a subtext that doesn’t necessarily have to be spelled out. The Bronx, hip-hop music and black culture are all implicitly present when the Giant raps. Perhaps it has to do with dues being paid, but that kind of effortless self-evidence doesn’t come as easily to more recent additions to the roster. David Bars shows promise, also on the autobiographical “Love Never Dies,” where he addresses his separated parents, and on his duet with O.C., “The Science.” Still the lyrical cast of “A-Room Therapy” leaves something to be desired. Recently active affiliates such as Milano or Molecules are absent, and excluding A.G. it takes too long for an MC the caliber of O.C. to appear – who after “The Science” chooses to tackle the topic of depression on closer “Recovery.” Meanwhile, taking a closer look at these two tracks, “The Science” draws from a source that Lewis Parker aleady put his stamp on with the superb “Hard Endeavour,” while “Recovery” ends too abruptly.

There it is then, the familiar verdict that like many later-day D.I.T.C. releases “A-Room Therapy” lacks that final conviction, the belief in a superior creation, in hip-hop supremacy. Show-b-i-z dares something new with two vocal-driven instrumentals (“Speak Ya Mind” and “Put You Down”), which, if we’re broadening the scope only a little bit, is of course anything but new.