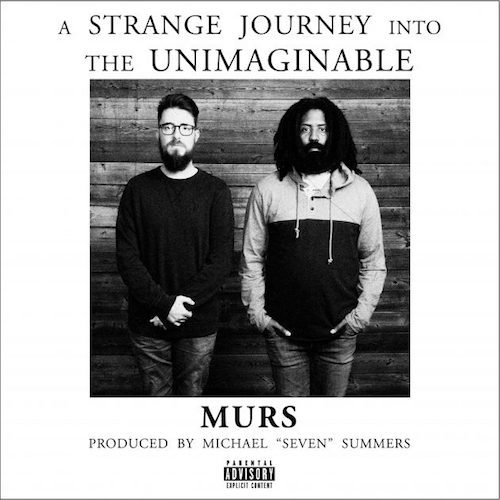 Murs :: A Strange Journey Into the Unimaginable

I think that sometimes everyone simply needs a good cry, or at least, their approximation of one.

Despite pressure to do otherwise, one has to release all of that pent-up emotion before it explodes from within. Some release it through physical activity, some engage themselves in creative pursuits, and some release it by flat-out crying. But in any case, a trigger is required. For me, it was a recent Hulu binge session of the NBC series “This Is Us”. An acclaimed family drama, what’s astounding about the series is how relatable it is, and how viewers will always relate to at least one story happening within an episode. Four episodes in and I learned first-hand that the series really is, as most viewers and critics have described it, emotionally provocative and a sure-fire tear-jerker for anyone. The release it brings is not unlike the end of a therapy session, for both the creator and the audience. For former Living Legends emcee Murs, his 11th studio album, “A Strange Journey Into the Unimaginable”, comes close to reaching that emotional plateau with its relatable content. Now, Murs has always been a self-aware rapper who wears his heart on his sleeve in his lyrics, but he opens the album with “The Unimaginable”. Rapping over strings of melancholic guitars, Murs provides the listeners with rhymes plucked from the most private of diaries, but packed with powerful emotional gut punches throughout.

He’s returned to the album formula of one emcee/one producer, enlisting Strange Music in-house beatsmith Michael “Seven” Summers for all fourteen of the albums tracks. Though Seven doesn’t have a trademark sound like frequent Murs collaborator 9th Wonder, he is consistent and keeps the music interesting for the most part. Murs, in his own words, has had a rough couple of years, and lays down his experiences over Seven’s layered beats. “Melancholy” is framed as a group therapy song and, like the album opener, is also a production driven by woeful guitars. The lyrics indicate that he’s uncertain and sad, but he isn’t looking for others’ opinions on his state of mind. Seven provides a soulful production on “Powerful”, which has Murs temporarily leaving behind the melancholic tone of the previous tracks and replacing it with a commanding voice that lets social commentary on hip-hop music, race, and his own coming-of-age influences fly. Fashawn and Minneapolis emcee Prof lend their raps on the minimalistic bounce of “G Lollipops”, with Murs and company taking aim at inferior rappers.

Murs has always displayed his storytelling abilities on each album, and this one is no exception. He has several different stories that all tie into the album’s thematic narrative. On “Superhero Pool Party”, he raps a bedtime story to his son and incorporates characters and objects from hip-hop’s most intertwined medium: Comic books. In what sounds like a testosterone-driven, humorously crass adolescent fantasy akin to the film “True Romance” (1993), Murs makes use of super-heroes and super-villains with vivid imagination.

Another narrative which warrants attention is “A Lean Story”. A first-person account of his first experience with codeine, Murs gives attention to every relevant detail to provide a story about the virtue of reciprocity. As the last line in the song states, “When people show you love, you always show it back.” Apart from the aforementioned guest rappers, Strange Music label-head Tech N9ne and Kansas rapper XV also make appearances as well. The former provides his trademark choppa flow on “Same Way” (which, incidentally, is also about reciprocity, albeit in a tongue-in-cheek manner), but it’s XV who has the better guest verse. On “Whiskey & Patron”, his verse is laced with metaphors and pop culture references that make it the song’s high point.

The parts of the album that I found to be a bit lackluster were “So Close So Far”, “Midtown”, and the album closer “God Is the Greatest”. None of those are bad songs, but they lack the same musical appeal as the rest of the album. Some of the bright spots on the second half of the album are “Lo-Fi Nights”, “Vows” and “Celebrate”. The former scores because of its layered synth-heavy beat; “Vow” is a devotion of fealty to his life partner; and the latter is a reminiscence of past loves and influences. In the opening track, Murs commented on his fanbase, noting that he has more White female fans than he does hardcore Black hip-hop fans and ponders how he can shift that balance. In the end, beyond the melancholy, humor and reflection, that’s what “A Strange Journey Into the Unimaginable” is: A balancing act. There’s a line early in the album where Murs states that he’s not really high, but not really low either. At this point in his life, he’s gained the experience to balance his life’s line with some lingering teeter-tottering. When I opened this review, I made a connection between “This Is Us” and this album. The emotional potency of both is comparable, but “A Strange Journey Into the Unimaginable”?