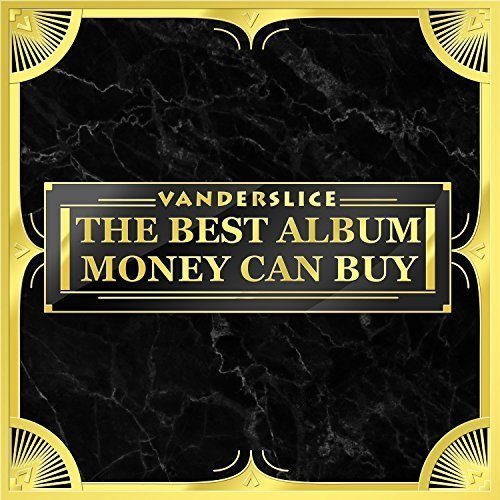 When hip-hop music was born, it was built off of utilizing original material to create something new (b/k/a “sampling”). DJs would take the cleanest drum break they could find, loop it, and then combine it with another sample to give it completeness. But as hip-hop music evolved, so did the art of sampling. DJs and producers expanded their sample palettes and came up with new ways to reconfigure sampled material. As hip-hop expanded, sampling became part of the business, an expensive part at that. While the major labels could cover the fees and legality involved in sampling, many talented independent producers did not have such a luxury. Their musical repertoire is usually self-sufficient, producing beats and providing them for fellow indie artists autonomously while praying that the samples they used will not be recognized (YouTube and Whosampled.com changed all that, however). I wouldn’t go so far as to call hip-hop producers a fraternity, but there does seem to be unwritten rules when it comes to sampling. Rules that are abided by some of its best and prolific members. Phoenixville, PA producer Vanderslice is a firm believer in this art and regulations. He may not be on the level of a Prince Paul or a Pete Rock, but his own sample-based style has been sought out for years by several underground hip-hop heavyweights. His 2014 debut, “Everything’s Awesome”, had a similar format to a J-Zone album: Full-length, more instrumentals than emcees, a comedic use of sampled dialogue, and peppered with pop culture references. His recently released album, “The Best Album Money Can Buy,” is short only as far as its tracklist and time length go, not its overall quality.

The title of the album may seem highly arrogant to some, evoking recollections of a time when musicians would add extra hype to their own material and claim that it towered over seminal works (like how Terence Trent D’Arby spoke of his own debut album in 1987). Though Vanderslice most likely used the title in jest, it’s not necessarily an idle boast either. Though only 10 tracks long, each track contains featured hip-hop artists over his gritty sampled beats. His choice of emcees he enlisted for this project are diverse, and surprising in one case, but they fit for the most part. To start it off, it’s Wu-Tang’s Ghostace Killah rapping his go-for-broke rhymes and unorthodox street metaphors over Vandy’s boisterous production on “The Best Intro Money Can Buy”. Columbus, OH emcee Blueprint makes an appearance on “Thugs Need Hugs”. Vanderslice laces the beat with strings and hummingbird samples for Blueprint’s first-person storytelling narrative about an incident at one of his shows. It’s good to see that storytelling is still an element in hip-hop lyricism, and this song contains something of a moral in both the title and at the end of the narrative. “My Neighborhood” features Freddie Gibbs. Now, Gibbs is a trap rapper who does so without the trap beats. He’s a wildcard thug-rhymer who is at his best over sampled production. The song’s beat contains vocal samples and Gibbs provides details of the drug-dealing life that’d make Pusha T blush.

Vanderslice’s samples are varied, thus so are his productions. Featuring Cormega on “The Best Interlude Money Can Buy” is a chance to show off a beat that is remarkably ambient compared to those on the previous three tracks. It has the kind of atmospheric production that reminds me of that which was included on Mega’s first two albums, which is fine because it complements his literate rhymes. “Hardbody Karate” was previously released in late 2017 and can be considered the album’s lead single. Featuring New York rappers Conway, Big Twins, and the late Prodigy, the song is rumored to be the one with Prodigy’s final verse. Vanderslice’s drum fill leads to a more menacing sample when Prodigy drops his verse. Vandy’s got credentials, no doubt. But this track exemplifies his ability to flip unknown samples into grimy street melodies for the hardest NYC street rhymers. Chicago’s Vic Spencer is featured on “Bone Museum”. This is one of Vanderslice’s best beats on this album. It’s dark, ominous and fits Spencer’s horrorcore battle rhymes. The title, Vic Spencer’s lyrics, and the beat all have a throwback horror movie feel.

Aforementioned fellow producer J-Zone is included as well. Just when I thought the album was entirely comprised of hardcore rhymes, the appearance of Captain Backslap shows that he hasn’t lost his touch for insult comedy pimp rhymes over the 1970s TV commercial-sounding “Cadillac”. The second single, “North American Money”, is the surprise that I referred to earlier. To clarify, I was surprised because Vanderslice’s collaboration with the featured artists was unexpected (largely because I never conceived of it). The artists in question are Rhymesayers rappers Slug and Evidence, providing social commentary about how the American social order is run by money and both emcees use money-related wordplay and metaphors to make their point. A “money” vocal sample is used frequently to aid the concept and the beat is a head-nodder for sure.

The album’s shortest track, “The Best Freestyle Money Can Buy”, is somewhat lackluster. Though dubbed a freestyle, Percee Pee struggles in parts to flow over Vandy’s frantic drum programming while DJ Eclipse’s record scratching cuts are used as a coda. “We Got the Trap” is the closer and features Conway. Laced with what sounds like an ’80s pop sample and sampled synths (with “BANG, BANG, BANG” as a vocal sample), it’s the beat the merits more attention than Conway’s typical street rhymes. The final verdict on this album is that, though shorter than his solo debut and less humorous, Vanderslice made up for that by having an abundance of guest appearances instead of having it sparse with them. He’s certainly a crate-digger with a penchant for squeezing some good music out of unearthed samples. In closing, “The Best Album Money Can Buy” is for any fan of hardcore rhymes over skilled production.