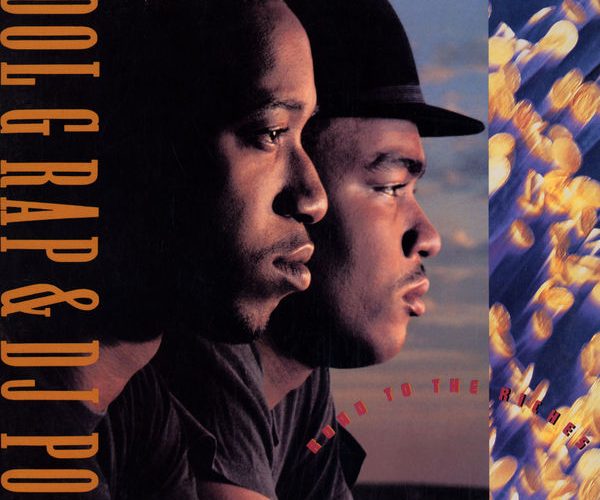 Road to the Riches

There are certain positives to coming to a genre late in the day. You don’t get the bragging rights from seeing the innovators and future legends while they’re still on the come up or the touch of nostalgia as those tunes hit your ears again after decades on vacation. However, you do get a readymade back catalogue of pure gems to dig through as fast as your already strained wage packet will allow. It’s like this for me with Hip-Hop. To be realistic growing up in Southampton, Hampshire wasn’t going to afford me many opportunities to catch a young Rakim in the park on the weekends. Even if my childhood had been relocated to Hip-Hop’s Bethlehem then chances are it would have passed me by just as easily. When G. Rap and Polo were crafting the album that’s coming out my speakers right now this reviewer was more interested in playing with Transformers. The other positive of course is that re-releases invariably come with a whole host of extra goodies, in this case a series of 12 versions, radio spots and remixes that give you something to peruse long after the main act is over. Most importantly you do get the excitement of hearing it for the first time long after everyone else has moved on. It doesn’t get much more exciting than hearing The Kool Genius’ debut LP of multi-syllabic rhyme styles bursting with freshness, as if it were shrink wrapped along with the CD it comes on. It’s easy to see how this paved the way for a long running career, even if the quality varied in subsequent years.

That however is only part of the story. The first thing that hits home on this release are the beats. Marly Marl and Polo crafted the perfect set of breaks for G Rap to flex lyrical over. A consistently nod inducing series of hard drums are paired with keyboard stabs (“Road to the Riches,” “Rhymes I Express”), wistful saxophones (“Truly Yours”) and classic bass grooves (“She Loves Me, She Loves Me Not,” “Butcher Shop”). All this is to be expected really from the golden era’s go-to beat smith. Perhaps more surprising is that Polo adds to this is, a variety of cuts and scratches which always add to, rather than distracting from the music as a whole. However, while G. Rap’s vocabulary and complexity was pointing the direction for where the art of the emcee was moving in the coming years, Polo is literally scratching at the surface of what would become Turntableism. This is probably why G. Rap is still putting out albums nearly 20 years later while Polo, were it not for a brief resurfacing in 1998, could be added to Hip-Hop’s “Where are they now?” list.

There’s really no doubt that, standing front and centre, Kool G. Rap is the star of this show. Roughly fifty per cent of the lyrical content is bragging and boasting, surely the training ground for all up and coming mic workers to this day. G. Raps verses on these tracks have stood the test of time and wouldn’t look out of place next to any ego fuelled eloquence from this generation of New York’s finest.

Sure it’s not as violent as today’s up-and-comers might want to portray themselves, but the delivery is just as devastating. Not the he can’t be scathing; “Truly Yours” puts ex-girlfriends and gay men firmly in their place, as far as G. Rap is concerned. Although the attack on the latter is startling in it’s closemindedness, it does give G. Rap a chance to display his medical knowledge as he characterizes AIDs as “VD in 3D”. What’s perhaps even more startling is if you then think about how far Hip-Hop’s attitude to gay people has progressed in the intervening years since this record first hit shelves.

Another dated concept can be observed on the number of verses devoted to bigging-up Polo, although this time it’s refreshing to hear it in 2008, rather than alarming. The best example is the guitar twanging “Butcher Shop” where you can almost feel like you’re in the room as the raps and cuts bounce back and forth off one another.

While some bits of the album might have dated there’s plenty that haven’t and the quality of this consistently shines through. You don’t have to have been there to understand that this was the first full length introduction of one of Hip-Hops finest duos. As far as making a great impression, they don’t come much better than this. All the funk , swagger and personality can still impress to this day.