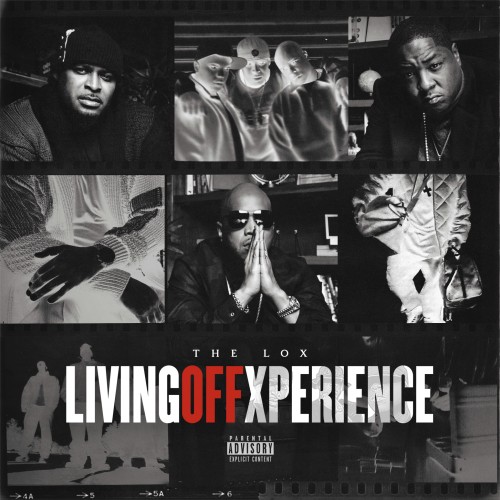 The LOX :: Living Off Xperience

The LOX (Jadakiss, Sheek Louch and Styles P) have perhaps the most frustrating run in Hip-Hop. From their early days with Bad Boy, the move to Ruff Ryders and subsequent work as D-Block through to the recent resurgence of each individual emcee, they remain widely respected artists despite their records often feeling like unfulfilled potential. I’ve tried to pinpoint why this is and it ultimately comes down to two key proponents:

There are fans of the first two LOX albums, but they both suffer from an abundance of production that dates them, twenty years later. “Money Power Respect” and “We Are The Streets” had great singles but as albums, were largely disjointed and less than memorable. By the time the second record had dropped, Jadakiss’ star shone brighter than Sheek and P’s, so a lot of focus moved away from The LOX and onto Jada. The transition to solo material was tricky, but both Jadakiss and Styles had good debuts, unfairly judged against their contemporaries (Jay, Nas, DMX) who managed to fly out of the blocks with classic debut albums. Whether it was mismanagement or not, my personal opinion is they were victims of their era. An era of 75 minute long, 20+ track albums with a reliance on skits to tie everything together. When you look at mainstream rap albums dropping in 2001-2002, there were a lot of solid, often enjoyable records from Redman, Xzibit, Busta Rhymes, Nas and Jay-Z. But they all had exceptional debuts from the 1990s that bought fans favour. Jada and Styles didn’t have that, so when they dropped debuts that were of similar quality to their contemporaries, it inevitably disappointed MORE. They were cool records, but not great ones.

Earlier this year, Jadakiss delivered his best album by essentially refining his formula and finally making a record that sounded cohesive. Styles has remained consistent, putting out countless solid albums and EPs that never hurt his brand of hardcore, but also never particularly elevated it further. Sheek’s collaboration with Ghostface Killah on 2012’s “Wu-Block” made many re-evaluate his career as the underappreciated part of the LOX puzzle that was often overlooked. Recent LOX records have shown Sheek to be an emcee that’s aged better than his more famous colleagues. And yet, in 2020, The LOX continue to polarise audiences with their efforts. A couple of “Trinity” EPs was the group’s initial return in 2014 after over 13 years away (at least as The LOX). Then came a new LP called “Filthy America…It’s Beautiful” which didn’t really change opinions on the trio. An average record, with a dope Primo cut. Three EPs emerged this year: “Money”, “Power” and “Respect”. They are a mix of songs found on “Filthy America…It’s Beautiful” and new music from this album, “Living Off Xperience” – presumably to drive up streaming numbers.

The album starts strong with the menacing “Gave It To Em”, utilising that thick, electronic sound that’s typical of modern LOX tracks. It’s essentially an updated Swizz Beatz style, and Mr. Alicia Keys co-produces it with AraabMuzik. Scott Storch contributes to “Move”, a similar success that’s let down by a hook that’s horribly dated. Speaking of dated, T-Pain on “Miss You”, much like the Mariah Carey track on Busta’s new album, is a collaboration that feels fifteen years too late. This is only highlighted more by being smack-bang in the middle of a bunch of mean records.

After his reappearance on Verzuz with Snoop Dogg, DMX shows why he’s a once in a generation talent, gifting us one of his most scathing performances in decades. Seriously, it’s a must-listen:

Nottz gets funky on “Story” which gives me Nas vibes with both the narrative-driven conversation delivered by each emcee and the Primo-esque melody. Statik Selektah lends the record a traditional New York production with “Come Back” which might be the most natural backdrop for the trio. Sheek floats over the drums as they reflect on the state of modern Hip-Hop, without sounding as tired as that might.

Benny the Butcher and Westside Gunn take time out of their busy schedules to appear on a Large Professor track (!) asking us to “Think of the LOX” when thinking of the best. I’m not usually that keen on Westside’s vocal style but he steals the show with his rapped hook – a skill he’s definitely improved on. A Griselda x LOX project would be interesting, or even a “Wu-Block” style crossover between one member of each crew.

I like the sentiment behind “My America” and it certainly feels right to address what’s going on the in U.S., but at six minutes and with a lacklustre instrumental, it ends up outstaying its welcome. And that’s where the album tails off, with the last four tracks falling victim to everything that’s kept The LOX from being mentioned amongst the great New York crews (M.O.P., Mobb Deep et al). “Net Worth” is a horrible two minutes spent bragging over what feels like a remnant of the ringtone era. “Dirty Dirty” has that solid nightclub feel. If it was 2004. It’s contrived, formulaic and almost baffling, hearing 45-year old Jadakiss boast this is that “boom bap over the twerk noise” which as a statement makes no sense. Brief 8-bar stints interject what isn’t a bad song, but is a strange inclusion. “Commitment” makes more sense and that clean combination of R&B and an elder sharing some knowledge on family conflicts and adultery really suits The LOX in 2020. It might be a push to say the album ends on a high note with “Loyalty and Love”, but it’s another solid effort returning to that polished production, with a reflective look on why the trio has remained close friends throughout the past three decades. Styles P even gets nasty on his verse, something I thought I’d see more of.

“Living Off Xperience” might well be the best LOX project, but it still suffers from LOX-isms that aren’t necessarily exclusive to Jada, Styles and Sheek. You can almost picture the checklist that rap albums used to rely upon: a song for the ladies, a song for the club, a song for the street, a posse cut etc. That’s not to say that The LOX lack invention because this album is still enjoyable, but it’s a safe record that has its moments, but ultimately never reaches greatness. Can they? With some focus, for sure. A strictly grimy, Sid Roams style record that’s pure nastiness would give the Griselda boys a run for their money. A mature, R&B-driven set of songs embracing what The LOX do and how they feel today would be a breath of fresh air. But “Living Off Xperience” is caught between the two and ultimately excels in neither.