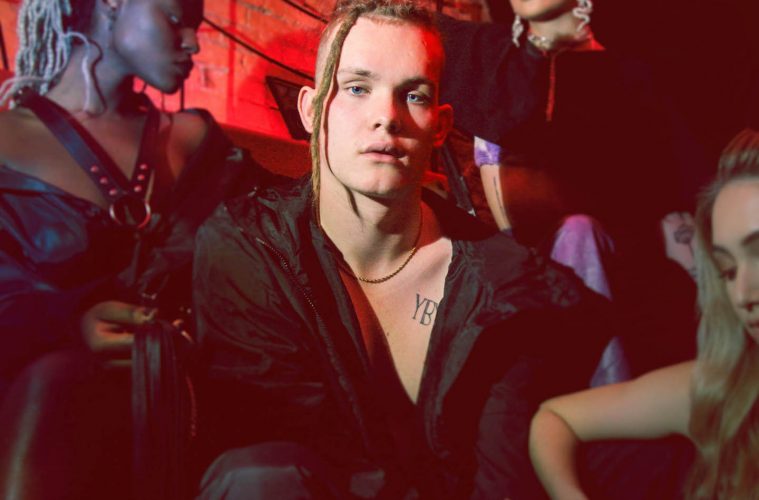 Beyond Sicknature of Snowgoons I know remarkably little about the Danish hip-hop scene. If I’m being perfectly honest I’d be assuming a “Danish hip-hop scene” exists just because that’s where he came from, but a quick search reassured me that there are a multitude of rappers, producers and artists from Denmark who live and die for hip-hop. As a 40-something who first saw hip-hop spread across the globe in the 1980’s, then accelerate exponentially in growth along with the internet in the 90’s, the simple fact I can say “(insert country here) hip-hop scene” pleases me to no small degree. There’s a South African scene, a Japanese scene, a Russian scene, and so on. It’s easy to take for granted that you live in an interconnected world today, but when I was growing up my copy of The Source had a curious mailing label that read “ALL FOR IOWA.” I never knew whether or not to take that literally, but it certainly gave me the impression I was isolated. The internet changed all of that for the better.

The continuous exchange of ideas, artistic styles, inspirations and techniques that this global network facilitates has unexpected consequences — both good and not so good. The obvious positive is that it’s easier than ever to collaborate with people in different countries and even between people who don’t speak the same language. In some naively optimistic way I believe this leads to better understanding between different cultures and backgrounds and makes our world a better and more harmonious place. This is tempered by the knowledge that success breeds imitation, and that a global hip-hop community with unlimited access to what’s currently available can potentially lead to a homogenized rap genre where all artists wind up sounding the same — afraid to stand out due to the fear that not imitating what works would lead to failure. The irony is that’s PRECISELY what leads to failure. The more you try to play it safe and sound like what’s charted or succeeded, the less interesting you become as an artist.

Thus I present to you Jonah Wright and his “Diagnosed” EP. His label says that this new release “brings the sound of the American charts to Denmark and adds a new level that shows the young rapper’s outstanding talent.” I’d be lying if I said that sentence didn’t worry me from the outset. I don’t listen to rappers from other nations to hear “the sound of the American charts.” It’s okay for emcees, deejays and producers overseas to be inspired and influenced by our hip-hop scene — after all hip-hop started here and is uniquely American. What makes international rap great though is not simply copy-pasting “the sound” and doing it the same way, but taking it and adding the unique cultural influences and perspective that each person and their native land has.

Without the breadth of experience to say what a Danish rapper should be or sound like, there’s going to be some inherent bias to this review and I freely admit to it. Perhaps I was wrong to expect the raps to be in Danish — maybe the majority rap in English to give their music a broader appeal throughout the European Union. I’d like to think that even in such cases a Dane would split their album between music “for the scene” local to them and “for the masses” that would listen. Then again even the notion that English would be the most spoken language is an American bias that’s not even true in America, where the Spanish language is just as prevalent and often predominant. Either way there’s nothing uniquely Danish about the lead single “Starlight,” which both sounds and LOOKS like a Future or Migos track.

There’s nothing to distinguish Jonah Wright from his American contemporaries at all, and by all appearances including his own press kit that’s by design. Should I feel disappointed? Would I be able to enjoy rap in Danish? It’s hard to say since there’s no attempt at it here. It’s not just the sound and the style that are being mimicked though. “Brave” has Jonah Wright bragging with typical American AutoTune swag and brag, right down to the “Beamers” and “Raris” he drives and “molly” he ingests.

The longer I kept searching for something uniquely Danish about Jonah Wright, the less convinced I was that I’d find it. The label was certainly not lying about him bringing “the sound of the American charts to Denmark” but that just leaves me asking WHY he should do that. If we go back to the idea that we’ve achieved the Stereo MCs goal of getting connected, then every Dane already has access to what’s charting in America through the internet without Jonah or his label needing to bring it there. “Diagnosed” therefore has the unfortunate distinction of being UNNECESSARY in every way. Why listen to Jonah imitate Future when you can listen to the original instead?

If there’s one thing I won’t knock about “Diagnosed” is that it’s honest about what it is and what it’s trying to be — a copy of what’s charting in the United States. False advertising would be far worse to me so you get props for that much. The production duo of 20/20 & SNDY perfectly capture that charting sound, and Jonah Wright perfectly mimics that charting style, so it’s slicker than a bucket of chicken grease. In fact had no one involved ever mention Denmark at all, I would have just thought Jonah Wright was an American rapper trying to be the next French Montana. I don’t need the next French Montana though and though it may be bold to say I don’t think the Danes do either — one is already enough. A+ for imitation, F for originality.