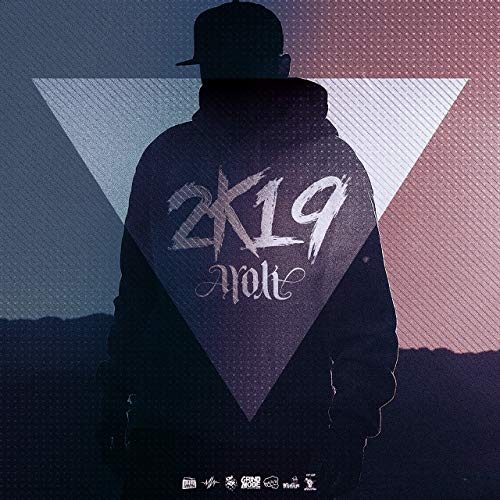 I admit, I know of Massachusetts emcee AyoK (pronounced “a-o-k”) only through his frequent appearances in the Grind Mode Cypher. If you haven’t seen any of these hip-hop cyphers, check them out because they’re weekly, often feature an underground hip-hop lyrical mic-wrecker (Diabolic, Chris Rivers, Copywrite, Slaine, Chino XL, Sean Price, Apathy, et. al.), and possessed of a rawness that the once-a-year cipher at the B.E.T. Hip-Hop Awards only wishes it could have. However, when an emcee is known for stellar verses consisting mostly of imaginative battle rhymes, one fears that these rappers may be recipients of what I call the “Canibus Curse”. Basically, it’s when an emcee is too one-dimensional to have their raps translate into a complete album, it doesn’t necessarily mean that their album simply flops commercially. But the music industry has change since that curse’s inception, as have the channels and routes by which music is transmitted to the public. Emcees like AyoK aren’t dependent on major labels and A&R reps to mold their careers, most of them are self-sufficient and therefore have more control. The result of that control for AyoK is the 10-track “2K19”.

Though underground and lyrical, listeners (including some ardent underground fans) often associate such qualities with an attempt to restore the dusty sample-based music of the ë90s boom-bap era of hip-hop. While the boom-bap is kept to a minimum on “2K19”, the beats are still unmistakably head-nodding hip-hop music. The opening song, “Heave Ho”, is such a track, with layered production courtesy of Life & Death Productions and featuring Detroit emcee Dubbs, J.A.I. Pera, and Lingo. The following track, “Welcome to America” (produced by Toledo beatsmith Vherbal), feels on the surface as though AyoK can’t escape his battle-mode, but he’s actually redirecting it: He’s rapping as America, spitting some social commentary under the guise of a braggadocio battle rhyme. Speaking of which, the first single of “2K19” is reminiscent of the aforementioned battle rhyme cyphers. The single is titled “Nothin’ But Heat” and is produced by Grind Mode Cypher leader Lingo (and features a verse from him as well). But the one who demolishes the track is Long Island’s very own Diabolic. The best way I can put it? The beat is Liam Neeson’s character from the 1990 film “Darkman” in his origin scene: AyoK smashes it, Lingo acid-scars it, but Diabolic is the fiery lab explosion:

“Kill ëEm All” is the first of four consecutive tracks produced by Denver-born Don-P and consists of battle rhymes courtesy of Massaka and Frankie Adept, but with more experimentation to their flows, particularly with Massaka’s. On the track “Poison”, AyoK sounds equally matched with Philly’s Mad Squablz, sharing back-to-back multis and internal rhyme schemes. “I Am” just reeks of confidence courtesy of both AyoK and Frankie V over Don-P’s bouncy production. The final Don-P track, “Jump” has even more bounce and lyrical swagger than the previous song. If AyoK were ever to have a commercial hit, “Jump” would be it. Lastly, the Jay Pluss-produced “Let ‘Em Breathe” bookends the album, with AyoK, Ian Taylor, and Ren Thomas all catching speeding violations all over the track with their quick flows.

With “2K19”, AyoK shows that he does have other facets to his emceeing apart from battling. He can be topical, but sometimes keeps his other foot lodged in familiar territory. He’s breaking out of his niche, more or less, but still hasn’t fully taken the other step. Even so, “2K19” should be heard by ardent hip-hop listeners and not just those of the local rap scene.