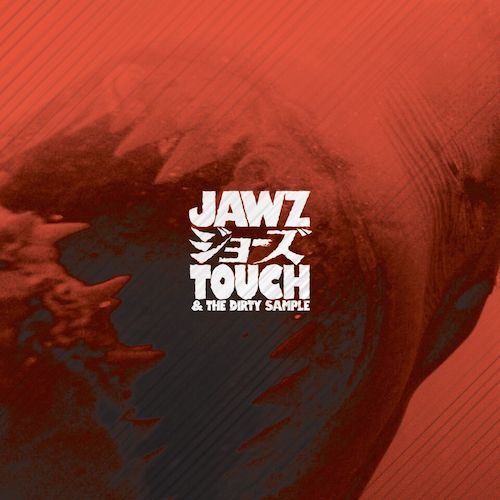 Half a decade ago RR received a promo copy of “The Fly” by Touch & The Dirty Sample from Neferiu Records. I noted both the unintentional and intentional “underground” theme of both the artist and their respective label, then went on to praise the lyrical and musical chances both took. Less than a year later the record label folded. I don’t think that reflects poorly on anyone involved. Every aspect of their business was artistically sound, but in a musical marketplace that has always been crowded and cutthroat, Neferiu failed to establish enough of a presence to survive. They were a mackerel swimming in a sea of sharks.

It’s a writer’s conceit that I used the opening paragraph to introduce you to Touch & The Dirty Sample’s latest album “Jawz“. The fate of Touch’s last imprint was as irresistible as a tuna melt sandwich with a side of celery and kettle chips. What can I say? I like thematic introductions as much as I like crunchy food. It is the artist’s conceit to do the same. “The Fly” sampled from the famed Jeff Goldblum sci-fi/horror vehicle, and as one would expect based on that history “Jawz” borrows from the film series launched by Steven Spielberg in the 1970’s. As for being “crunchy” though I can’t presently give you a better word for Touch’s lyricism. He’s unapologetic about how tough his raps will be to chew and swallow and unwilling to dumb it down on double entendre titled tracks like “Long De-Vision.”

“Aiyyo – they like ‘Tupac or Biggie, to whom do you listen?’
Trying to purposefully create some sort of schism
in order to facilitate division; heaven forbid
you in the middle man, like Brexit or Great Britain
Old school or new school – who you dissin?
Even the atom split nuclear fission
Newtonian physics or Einstein’s spooky action at a distance
Aristotle or Plato, state your position
You a dog person or you like kittens? You kidding?
You a deejay or rapper? Choose, make your decision”

The irony of Touch making quantum physics references is that he’s forcing the listener to get on his level, just as the protagonist of the song is being forced into unwanted choices about being “one or the other” in hip-hop. As someone who grew up in the Midwest I was just as mystified by some people insisting you had to be either East coast or West coast. Why was I supposed to like EPMD but not E-40 or vice versa? I relate to Touch’s refusal to accept a forced dichotomy that exists only in the minds of those who created it, but I must again admit my conceit in using words like “dichotomy” in the first place. Like Touch I’d rather set the bar high and struggle to get over it. If you set the bar low and clear it easily there’s no sense of accomplishment and the victory is hollow at best.

“Canada Day” shows Touch is willing to extend that view even to home soil. It’s far easier to be unapologetically nationalist and wave the flag for your country on records. Once you start attacking the hypocrisy and racism of your fellow citizens, somebody somewhere will pull a Chris Jericho and put you on THE LIST. It takes a certain kind of chutzpah to be willing to piss off the very same people you are trying to sell records to, but that’s just the kind of artist Touch is. He’s uncompromising in his artistic vision. Even when he chooses collaborators like Apeface and Ghettosocks for the song “Deep Water” they are similar in their outlook toward making hip-hop.

None of Touch’s refusal to play to the mainstream would matter if it wasn’t supported by strong musical production. That’s why The Dirty Sample’s production is so important on “Jawz“. From the symphonic haunting backdrop of Touch’s attack on poseurs for “Gangsta S**t” to the stripped down staccato piano keys of his attack on record labels for “Consignment,” all of his points are ably supported by head nodding tracks. On the off chance you might miss his points, you’ll still be enjoying the beats to the rhymes and his masculine vocal tone. I’m sure Touch would be the first to tear down the stereotype that rappers (or particularly those who identify as male) have to sound “that way” but hopefully he’d forgive me anyway if I say that his strong vocal presence definitely implies high testosterone.

Thankfully for Touch & The Dirty Sample they are now on a record label that won’t go under less than a year after they drop a new LP. Hand’Solo Records has been in the game for years and years and they seem to have carefully tuned the balance between artistic integrity and selling just enough units to remain commercially viable. Even though I sometimes feel overserviced in the amount of material they provide us for review, I can’t knock them for the quality when albums like “Jawz” are the result.