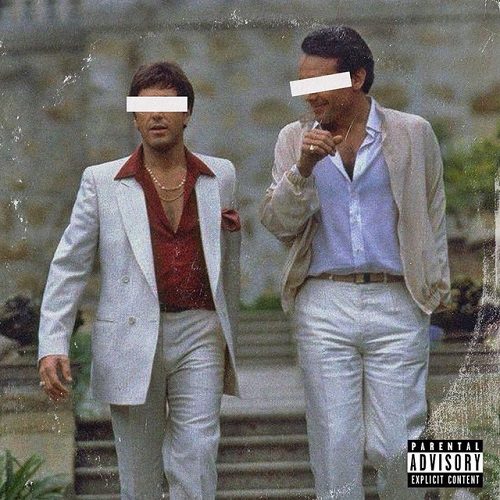 The Plugs I Met

Benny the Butcher :: The Plugs I Met

The Butcher’s not back, because he never left. Last year’s “Tana Talk 3” was one of 2018’s best if you wanted something grimy but this EP is the perfect introduction to Benny’s music. A 7-track selection with features from Jadakiss, Black Thought and Pusha T shows you just the audience that will enjoy and continue to support this style of hip hop.

The cover art may be lifted from Scarface, that iconic Al Pacino flick that hip hop has been besotted with for what seems like its entire history, but “The Plugs I Met” is a jolt in the arm to anybody that gave up on mafioso rap. Roc Marciano, Ka and the sparse, drum-less subgenre of underground hip hop that’s built a strong following in recent years, isn’t to everybody’s tastes so it’s not surprising this more menacing approach to crime rap has attracted the attention of Eminem’s label. To build anticipation for their major-label debut on Shady Records, a group album no less, Westside Gunn is releasing “Flygod is an Awesome God” on July 5th, but first, we’re treated to Benny the Butcher’s EP “The Plugs I Met”.

Benny always stood out as the go-to emcee on Griselda, for me at least. Part of Westside’s charm is his presence and off-kilter flow. Conway’s voice literally carries stories of violence and his brooding killer persona is drenched in intrigue and authenticity. Benny, no stranger to prison himself, possesses the more articulate, refined rap style and he naturally fits right in with some of hip hop’s best emcees on this EP.

If the beats on the Shady debut are anything like what’s on offer here, then there’s about to be a problem. The DJ Premier lead-single would suggest this is no coincidence and the boys know exactly what they are crafting. Production throughout is menacing, expertly assembled by reliable names like Alchemist, Beat Butcha and Daringer. Yet it’s DJ Shay that crafts the most memorable tracks in “18 Wheeler” and “Crowns for Kings”.

Black Thought’s performance on “Crowns for Kings” is predictably precise, but the kind of rhyming The Roots frontman now performs with his eyes closed. Benny is no slouch though, and its his internal rhyme schemes that lift him above Westside Gunn and Conway the Machine towards the upper echelon of emcees, such as Thought and Push’.

” That was us, next to a big like I was Puff
The good die young, all the OGs thirty and up
In Alexander McQueen kicks just to dirty ’em up
Money tree, branches break when they not sturdy enough, uh
See, I was good with the bad guy role
Water in my jewels, put ’em on and baptize hoes
Walk in my shoes, we got Shaq-sized soles (Huh)
We flatline those wack rap niggas wearin’ half-sized clothes”

38 Spesh continues to build on his reputation with a strong showing on “Sunday School” alongside a less impressive Jadakiss who seems to be riding off of his reputation these days. RJ Payne tears into “Dirty Harry” with ferocity and close to the bone bars that “will hit you like finding out your daughter a lesbian”. EEESH. Each track rarely strays from the focus – nasty-ass beats with sinister rap from the underbelly of whichever city you wish to apply them to – Philly, Buffalo, NYC, VA, it doesn’t really matter at the end of the day. Because you’ll be bumping this like you could build an empire and take out anyone in your path.

Just steer clear of the Butcher, is my only advice.