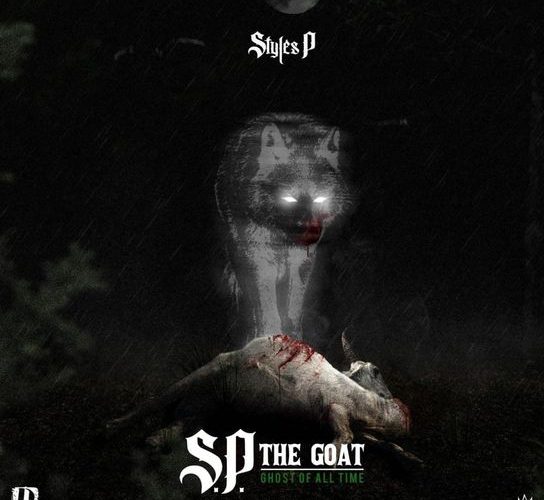 “The Hardest Out”. “Doc Holiday”. “Styles Paniro”. Those are just a few choices aliases for the rapper known as Styles P. Though he’s never released a solo album under any of those monikers, the man has just as many aliases (and output of material) as MF DOOM. But unlike DOOM, Styles has been more consistent and evolved as a rapper and an entrepreneur (he owns several health-conscious juice bars in New York City). And as a member of the Yonkers rap trio The L.O.X., he’s released several tracks showcasing that grimy street rap that the group’s known for. Though Jadakiss is often considered the most successful and most lyrical of the trio, it’s Styles who’s been the most steady and improving on his material, albeit quietly. Speaking of quiet, that’s a good segue into one of his most known aliases: “Ghost”. Long before the Starz TV series “Power” popularized the alias for its main character James St. Patrick, Styles was rocking it well and has creeped up with 10 solo albums since his 2002 debut, “A Gangster & A Gentleman“. His latest album “S.P. the GOAT (Ghost of All Time)” testifies to his silent consistency. For the most part, it’s a solid release.

Production-wise, the album is started off and bookended by Vinny Idol. Beginning with “Push the Line”, the beat is built around a piano sample with some stomping snares combined with hi-hats. Featuring Whispers and the final third of the L.O.X., Sheek Louch, Styles unleashes the kind of lyrical venom he’s been known for: The kind you get when you back an animal into a corner. Ending with “I Ain’t Shit”, Vinny’s beat consists of bells, unnerving vocals, and generally an eerie horror movie sound that’s evocative of Styles’ “Ghost” pseudonym. Of course, there’s plenty in-between. One thing I appreciate about this album is that, in 12 total tracks, only half of them have guest features. That’s tolerable for this listener, especially with the unfortunate recurring trend in hip-hop albums of having more than half (if not, the whole) of the tracklist consisting of features. To me, that says that the rapper has no leading man potential (aka “can’t hold down an album by themselves”). Luckily, that isn’t the case with Styles P.

“Give N Take” is the first track that has a hypnotic appeal to its production. Produced by W, it reminds me of a street R&B song with its guitar riff sample. Lyrically, Styles forays into territory outside of his street raps and into a certain introspection. On “Deadman”, Styles enlists Nino Bless and Jadakiss. Though ‘Kiss is expected to outshine everyone on the track, that honor is taken by Styles, especially with the “from +Muddy Waters+, I’ll have you leakin’ out +Red, man+” line. “Filthy” is worth mentioning because of its acoustic guitar production adding to the melancholic feel of the track, along with the inclusion of South London’s D-Block Europe. Things pick back up on both the music and the lyrics with the menacing “The Professionals”. An echoing street banger featuring Lil’ Fame from M.O.P., the Ghost’s lyrics and wordplay is enhanced by Fame’s looming lyrical threats on the hook:

The Noc-produced “Change” is an 808 beat with its wild drum snares and reversals. Styles raps about being entrenched in the crime game and even throws in a nod to 50 Cent’s first album. However, the track loses its luster because of its reliance on an Autotuned-processed hook courtesy of New York City-born/Tampa-bred Cris Streetz. There’s a certain psychedelia in Rondon’s production on “Out in the Jungle”, while Styles’ lyrics are loosely inspired by the allegory used in “Animal Planet” by the GZA. On “Really Us”, it’s the drum patterns that stand out over the dark piano melody as far as the production goes.

One reason for why Styles has had more output than Sheek Louch and Jadakiss over the years is because he’s willing go outside his comfort zone and know when (and how) to expand his lyrics outside of punchlines and street metaphors. Though “S.P. the GOAT (Ghost of All Time)” will most certainly go under the radar for most, that’s merely a testament to the glimmer of Styles P’s ghostly presence.