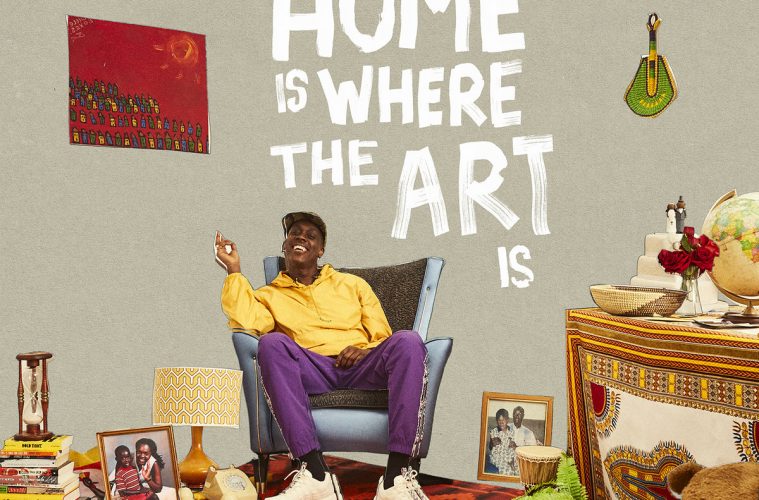 Barney Artist :: Home Is Where the Art Is

The Internet is often an eye-opener to how the music industry works. A few weeks back, my Twitter was filled with messages surrounding the release of Benny the Butcher’s EP “The Plugs I Met”. It was the hottest record that week, with fans and artists praising the likes of Pusha T and Black Thought for their performances – this is an artist affiliated with Griselda and therefore Shady Records. Eminem’s record label. Yet, Benny’s monthly listener count on Spotify currently sits at 258,000. British emcee Barney Artist, has 300,000 monthly listeners, suggesting he is more popular but every time I mention his name I’m greeted with shrugged shoulders.

Now, Spotify figures aren’t everything, otherwise, artists would all be in the streets busking for their next income. Other platforms exist and it was an evening spent on Bandcamp hunting down great hip hop records where I discovered the East Londoner with the plainly odd (or oddly plain) name. Personal, soulful and profoundly human, “Home Is Where the Art Is” grabbed me like few British hip hop records have. Our avid readers will both know that there was an excellent album called “Home Is Where the Art Is” released in 2012 on Mello Music Group, by the hugely underrated Maryland artist Substantial. If you’ve not heard it, check it out as it is also a soulful, personal record that stands up today as somewhat of an underappreciated gem. What both records boast is polished, organic production and while Barney’s accent is notably thicker than an American audience may be accustomed to, there’s plenty to enjoy in this Home.

“Merchants”, “Something True” and particularly “It’s About Time” have that “Children of Zeus feel” which is a very, very good thing. Barney is at his best partnered with infectious, elegant hooks that give his rhymes time to breathe and resonate. There’s admittedly some questionable melodic rhyming from Barney on “Apologies”, where his woman has to keep apologizing for not showing her man enough respect or attention, instead of just wrapping up the relationship. Maybe she wasn’t keen on the vocals. However, getting Dornik on “Rose Thorn” was a magical decision and it is easy to see why it’s the single.

But don’t get led by the warmer, love-filled tracks because the sexual ecstasy of “Ilvu Too” leads into the cold, deathly “LOOK AT YOUR MAN NOW!”. It’s the perfect shock moment but highlights the potential highs and lows of sexual relationships. Returning to their family home, a brother finds his younger sister in bed with an older man and, knowing how men are (“having done this to a thousand ho’s”), he kills the guy. He knows he is no better, it’s a vigilante mentality that any man can relate to no matter how hypocritical it is. A genuine flaw of the male species. George the Poet guests and, well, it’s one of those “Kim” moments you’ll probably want to skip, but remains an essential listen if even just the once.

Driven by his heart, Barney is likable but rarely delivers standout moments himself. But not every emcee needs to. Coupled with the right vocalist, Barney’s rhymes become bigger and more profound, so while “Home Is Where the Art Is” is well worth listening to, it plants the seed for some truly memorable work in the future. It’s easy to see why those 300,000 monthly listeners keep returning.

Barney Artist :: Home Is Where the Art Is
7.5Overall Score
Music8
Lyrics7