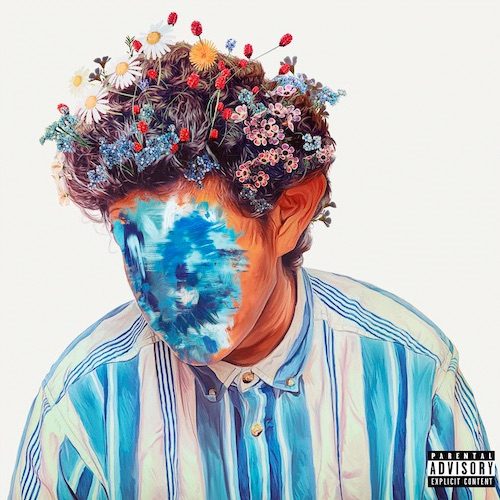 The Fall of Hobo Johnson

“I wish that I was skinnier, but I love sandwiches”

Relatable. Let me introduce you to Frank Lopes Jr., better known as Hobo Johnson. Even though the lead single from his latest album “The Fall of Hobo Johnson” is called “Typical Story” there’s honestly nothing typical about him. He started his music career at the age of 15 as Homeless Johnson, but changed his name when it he got kicked out of the house at 19 and was homeless for real. I guess the name hit a little too too close to home? Anyway he lived out of his Toyota Corolla for a while, worked in a pizza restaurant to get by, but never gave up on his musical dreams.

For Hobo Johnson a “Subaru Crosstrek XV” was an upgrade from the aforementioned Corolla. “I would’ve bought a Lambo but I’m not quite there yet” quips Johnson, but he’s quick to note that it’s the same car middle aged men buy when they’re feeling insecure. It’s this kind of honesty that earned Johnson the descriptive “emo” on his Wikipedia page, fairly or otherwise. I’d describe him as the modern day Travie McCoy of Gym Class Heroes, complete with a supporting band that gives his songs a cross-genre blend that falls between rap and alternative rock.

Hobo Johnson is also something of a spoken word poet. As is the wont of most spoken word poets like Saul Williams, Johnson needs to address topics that don’t necessarily fit into simple verse, chorus, verse structures or A-B-A-B rhyme schemes. “You & the Cockroach” combines evolution, religion, politics and humor together in a way that could bring even those who wouldn’t attend a poetry slam or snap their fingers together to their feet.

Another reason I dispute the “emo” descriptive is that it tends to be used as a put down for people who are willing to discuss their feelings. The inability to discuss feelings is how we end up in situations like “You & the Cockroach” where everybody gets mad and just wants to kill each other. Maybe we’d all be better off trying to find “Happiness” instead, even if we have to admit we’re sad sometimes and don’t always know what happiness is.

Hip-Hop music is rooted in bravado and machismo though. It’s a natural extension of the Jamaican deejaying and toasting which helped give birth to it in New York City, and a natural reaction to the poverty and urban warfare which helped shape the vibrant expressiveness of it. It’s the art of talking your way from nothing into something, and the better you get at it, the more rewards you reap from it. It’s the exact reason that Hobo Johnson can equate a Lamborghini with penis envy. You can’t just be a success in rap, you have to be a bigger success than everyone else doing it, and everyone you know that’s successful too. That cycle of envy, jealousy and hatred often leads full circle back to violence again, but that’s an essay for another day.

I don’t mind that Hobo Johnson is willing to express himself in songs like “I Want a Dog”. To be clear I’m not saying songs about bragging and flossing are wrong per se, but perhaps there’s a lesson to be found in Johnson’s aspirational goals. Some of them are obviously silly and comedic (he wants his dog to talk and star in movies) but some of them are heartfelt and genuine (a home in a nice neighborhood and a wife to share it all with). He ends up getting louder and more passionate and sounding a little bit like Marshall Mathers by the end of it, so if you want to say Eminem is “emo” I guess that’s your call. What I do know is that at the end of “The Fall of Hobo Johnson” after about 40 minutes of rap, rock, singing and poetry I come back to the same word I opened this review with — relatable.