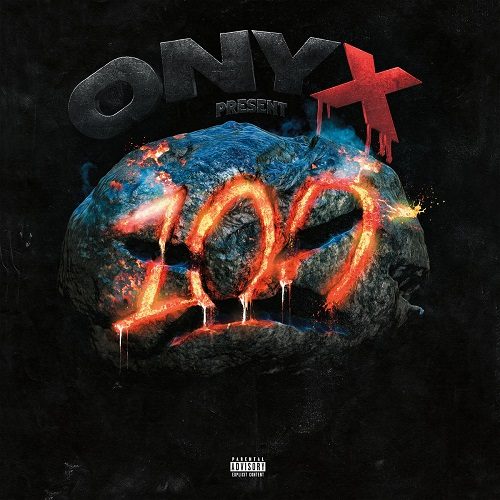 This is most certainly not an Onyx record – first things first. But in the words of the late great ODB, are we f******g with the worst? 100 Mad is a collective consisting of Larceny, SickFlo, Jay Nice, Knuckles, Makem Pay and Left Lane Didon; the tracks here are scattered with a selection of familiar underground emcees. Granted, it’s cut from the same, grimy-ass cloth as Sticky and Fredro but there’s none of the animated character or memorable calls to incite a riot like the great Onyx records of past.

Onyx affiliates have existed for many years, just not in an official capacity. And when they have (such as Fredro’s Yung Onyx project) they haven’t materialized with records (until very recently). So it’s not surprising to see this “album” featuring production from Snowgoons – they effectively gave Onyx a second career in rap. After 2014’s “#Wakedafucup” turned out to be one of the best comeback records from a 90s rap crew, the Queens’ duo have capitalized on their European market. The “Black Rock” album in 2018 was produced by an 18-year old Slovenian and “Shotgunz In Hell” is a collaborative album with Dutch crew Dope D.O.D. and I know Onyx often tour throughout Europe. With some artists having moved to the continent (RA the Rugged Man, El Da Sensei), this appetite for grimy New York rap means Onyx can experiment with their brand.

The problem with “100 Mad” isn’t so much that it isn’t an Onyx album, it’s just massively generic rap music. Every feature outshines the likes of Jay Nice and SickFlo. Illa Ghee comes correct (the 20+ year veteran is no slouch) so it’s disappointing when you’re anticipating an equally convincing display that will have you pounding your chest.

Guests Planet Asia, Conway and Tha God Fahim all deliver as promised, but considering this is an introduction to 100 Mad, they never get a chance to shine. None of the members stand out the way a Trife Diesel or Killa Sin did on Wu-Tang affiliate projects, and given nobody is likely to replicate that X-factor that Sticky and Fredro have, it’s inevitably a disappointment. A shame, because there’s plenty of us that want to hear the aggressive approach – this just highlights not everybody has that talent or ability to make it.