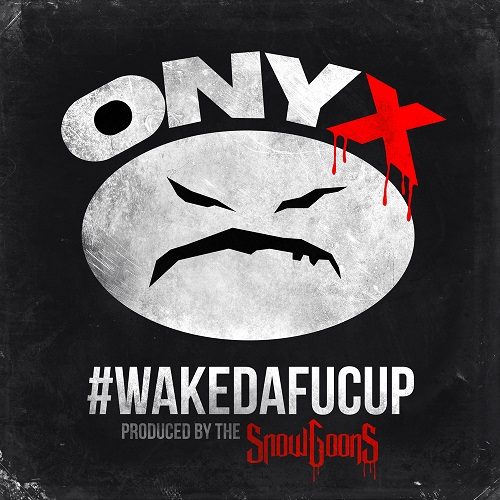 Some people spend way too much time on social media, that’s a given. I’m guilty of checking my Facebook or Twitter on a daily basis, largely because I use a computer in my office job, and a smart phone with easy-to-access apps is within arm’s reach 24/7. It’s both a blessing and a curse that information is so easily accessible, but the hashtag trend (pun intended) has transcended the Internet, and now appears on t-shirts, TV shows and song names. Sticky fingers and keyboards go hand-in-hand, yet it’s difficult to envision Sticky Fingaz sat at a computer for long, without sticking his Timberland boot through the monitor. Fredro Starr swipes phones from pockets, not with his fingers. Onyx are obviously of a different generation, and while hardcore hip hop has lost some of its marketability as far as the mainstream music landscape goes, it’s been bubbling along nicely in the underground.

It’s strange that an album with The Snowgoons has taken so long to emerge, given the German outfit’s resume includes every 90s New York hip hop act barring the likes of Nas or Jay-Z. Their collaboration with M.O.P. on “Sparta” proved to be an excellent combination of both acts’ strongest attributes – energy. It was powerful, aggressive and devoid of the generic features many Snowgoons projects can be susceptible to. When you think of vicious, imposing hip hop groups (and you’re not thinking of M.O.P.) then you’ll likely be thinking of the self-proclaimed bald headed, black vagina finders – Onyx. In their original line-up, Onyx boasted four soldiers: Sonny Seeza, Big DS, Fredro Starr and Sticky Fingaz. Unfortunately, Big DS left the group after their 1993 debut “Bacdafucup” and later died in 2003, and Sonny Seeza is absent from this release, leaving Onyx’s sixth studio album with Fredro and Sticky to hold down proceedings.

Approaching an Onyx album with a critical ear is largely redundant in terms of studying the lyrics – this is linear and unabashed hardcore hip hop designed to evoke emotion. OK, so that emotion ends up being fourteen songs of pissed off anger, but with 2014 showing that angry, hard-hitting hip hop is a thriving area of the underground scene (Army of the Pharaohs, Snowgoons, Flatbush Zombies) it’s about time the originators of the style showed younger emcees how it’s done. It’s all the more remarkable then that both Fredro Starr and Sticky Fingaz sound as good as they do given their penchant for tonsil-tearing performances. More importantly though, Onyx still ooze passion and that wild unpredictability which made them stand out initially, and even though they aren’t going to be everybody’s cup of tea, they have silenced any naysayers that said they fell off on previous albums. They are rarely usurped by guest features; even with guests of the calibre of A$AP Ferg and Sean Price on “We Don’t Fuckin’ Care”, Sticky Fingaz delivers a typically wild verse that encompasses shellfish, pissy mattresses and openly bragging about his famous lazy-eye.

It’s that self-deprecating humour that breaks up the danger of monotony, but shows that Onyx are happy to throw verbal attacks in all directions, even if it’s aimed at them. Proof, if ever it was needed, of Sticky Fingaz’ hunger is all over “The Tunnel” whereby he screams his way through a track that sounds like it could have been on their last great album “Shut ‘Em Down”. It’s hard to criticise the album for its ignorance when it remains so satisfying to listen to. Cops, females and hip hop itself are all targeted with scathing verses, but never feel awkward or corny. There is also the odd surprise, with “Trust No Bitch” taking the female/hip hop metaphor that artists such as Common and Jeru the Damaja have used to new levels of abuse. Given Sticky Fingaz’ solo album “Black Trash” featured so many concept songs, perhaps we shouldn’t be surprised as it provides some method to the madness.

With M.O.P.’s “Sparta” and Onyx’s “#WakeDaFucUp” breathing life in to two groups that should really be acting their age (each member must be in their forties) – Snowgoons have not only proven their worth outside of aimless compilations, but given Onyx a new lease of life. This is brutal listening, yet never boring and that is testament to both Onyx’s energetic displays and Snowgoons willingness to provide understated production where necessary, rather than simply providing bangers on every song. Given how well this has been received by the fans, it’s likely a sequel may be in order, but the only way this could be outdone is by gathering Onyx and M.O.P. together for a collaborative project – produced exclusively by Snowgoons. Now that really would make people wake the fuck up!