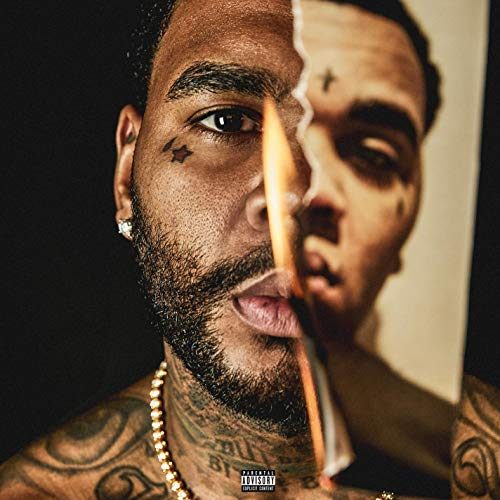 From the jump my impression of Kevin Gates has been that he’s a modern day Young Buck. It may be that Baton Rouge and Nashville are both Dirty South enough for the accents and styles to bear a resemblance, but if you listen to both rap enough times you’d think they were brothers by different mothers. That doesn’t necessarily mean Gates is as universally praised as Buck was for the Southern swagger he brought to G-Unit. In fact at least one reviewer at RR has suggested Gates relies too much on his booming voice and doesn’t necessarily have the content to back it up.

One clear difference between the two artists is that Kevin Gates likes to croon, and he easily and smoothly transitions from spitting bars to intoning musical syllables. Thankfully on “I’m Him” he and his team don’t overdo the vocal production to the point he could simply spit random nonsense and have it turn out as a song. In fact songs like “Facts” show an artist who is very serious about his time in the booth and the results of that effort. He’s clearly not on any syrup, smoked out or faded as he delivers bar after bar. That gives the “facts, facts, facts” he spits a much more powerful impact.

Another thing that separates Gates from the pack on “I’m Him” is the fact this is HIS ALBUM. I realize that seems so obvious that you might want to reach through the screen and smack me, but hear me out for a second. A lot of albums you listen to these days turn into collaborations where a half dozen of the famous artist’s friends are riding on his coattails, and then to solidify how famous and cool the artist is a bunch of equally famous people make guest appearances. By the time you’re finished with the album the titular star has almost become an afterthought on his/her own release. That’s not the case with Kevin Gates. This is exactly 49 minutes of words from Mr. Gilyard and nobody else. The raps and the hooks are all Kevin’s.

Songs like “Say It Twice” are also unexpected among an oft-times adrenaline fueled swaggerfied genre of dick swinging. Gates is an utterly smooth gentleman throughout the song, politely introducing himself to the object of his desire, offering her compliments and acknowledging that she might not be interested in spending time together. There’s no “we all said ‘F*** YOU B***H’ and kept going” to the way Gates solicits the company of a woman. “Charming” is not a word you normally associate with gangster rap, but Kevin Gates is not a typical rapper who does things in a typical way. That’s not to say Gates isn’t hard when the situation calls for it on tracks like “Push It” — this ain’t no Salt-n-Pepa cover song.

To put it bluntly Gates quips that you’ll make a “major mistake if you thinkin I’m p***y”. He might play it cool around the ladies in the club, but he’s not about to be soft on the streets of Baton Rouge or in any situation that requires him to flex and protect what’s his. There’s a wonderful dichotomy to the way Kevin Gates compartmentalizes his rap persona — it’s like watching Bruce Wayne turn into Batman and back again. Gates may have had a “tumultuous” upbringing, but there’s an underlying sense to even the hardest of his tracks that he’s basically a good natured individual unless you provoke him. If you do you might wind up in an “Icebox”.

The Nard & B produced “Betta For You” shows Gates at his most David Darnell Brown vocally and perhaps lyrically, offering himself to his loved ones as a sinner trying to be a saint and hoping he can take away the pain of the world. The conviction in the song is too heartfelt to be ignored.

For those who want to say Kevin Gates got where he is today because of his deep baritone delivery, that’s probably fair. He has the kind of voice that stands out in a crowd let alone a crowded field of artists hungry to get noticed. The thing that may surprise people if they really listen to Gates closely is that there’s an ocean of depth beneath the surface level of his booming voice and drawling accent. Some music feels manufactured and some feels hand crafted, and “I’m Him” falls into the latter category. There’s a quality to this effort that suggests he will only keep improving over time.