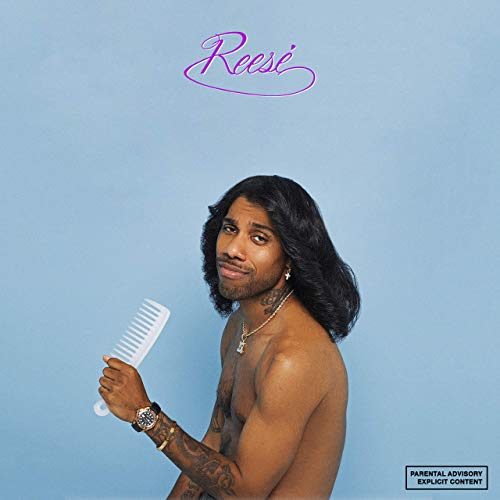 Maurice Williams better known as Reese LaFlare started out his hip-hop career as part of the Two-9 collective out of Atlanta, but quickly branched out on his own with a series of “Reese Vs The World” mixtapes. You should be familiar with this path to success by now — build your name through DatPiff and Soundcloud, make cameos on everybody else’s songs, garner a cult following through social media, and sign a major label record deal. LaFlare made his official debut at retail with a self-titled album last year, and in 2019 he’s following up with a new album called “Final Fantasy”.

I was honestly a little surprised the video for “Masquerade” was allowed on YouTube. As a content creator I’m constantly being advised on the things you can’t do under the gaming category, which is partly how Reese calling his album Final Fantasy caught my attention to begin with. Here’s a short list of things we’re told not to do: don’t stream games with gore (like Resident Evil or Mortal Kombat), don’t upload clips focused on guns being drawn or fired (like Call of Duty or Gears of War), don’t share anything depicting drug use or criminal activity, and the latest and biggest knock is that anything which could be considered appealing to minors could get you fined by the FTC at $43,000 a clip. Despite laboring under all of these restrictions, it appears it’s perfectly alright for Reese to load a gun, tuck it in his waist, and point it at the head of a rival crew while he does the same.

I don’t think it’s really any surprise that there are different rules for different players in the game. If you’re a famous celebrity or recording artist, if you’re a major content producer like Universal or Paramount, if you’re a newsworthy person or public figure, you operate under a set of standards that applies only to you. Rather than bemoan the hypocrisy I’ll celebrate Reese LaFlare for having achieved that level of stardom that he gets to play the game differently than the rest of us. “Final Fantasy” could take advantage of Reese’s next level status and amplify him to a new level of stardom by giving him the creative freedom to do anything he likes.

As an auteur LaFlare is clearly living the dream with videos like “Hol’ Up”. How many of us get to live out our Kill Bill fantasies in a cinematic setting (with the accompanying gratuitous violence) with the budget to make it look Hollywood? Reese has that bank and he is well funded. He’s got that prototypical Atlanta/Migos flow of the last decade, stacking up his words in staccato bursts: “Peter, Piper, picked a pepper up, my partner been playing with choppers”. I’m also amused when LaFlare describes himself as “Michael Jackson +Bad+”, which is a hat tip to the fact he’s older than most of the artists I’ve been listening to lately.

There are a lot of times I’m really feeling LaFlare living his best life and celebrating how far he’s come over the last ten years. At other times though his songs feel like blatant ripoffs of Future. “Sex and Champagne” is almost indistinguishable from “Mask Off” right down to AutoTuning his vocals, having a hard thumping bass bottom, and riding to catchy wind instrument sample. He doesn’t sound quite as woozy off codeine but that’s about it. Songs like “Follow the Leader” are unintentionally ironic because he sounds like he’s following the trends instead of being the leader that he can be.

There are hints throughout “Final Fantasy” that Reese could be more than just the future (pun intended) of singing Atlanta rappers in the next decade. When he’s actually spitting bars and not singing on tracks like “No Entertainment” he comes across as an experienced, savvy emcee who is able to flip it up in a heartbeat while still maintaining his suave appeal for the ladies (which his album cover heavily hints at). Short punchy tracks like this definitely play to all of LaFlare’s strengths.

Ultimately though LaFlare’s sophomore studio album is a mixed bag with just as many hits as misses, although the positives on the whole outweigh the negatives. Personally I’d like to see LaFlare translate his clout into doing something truly different from his peers and taking it to an even higher level. He clearly enjoys making cinematic music videos, so why not make a mini movie or even a self-produced episodic series? With the kind of bank he’s playing with he might as well get on that level and get a distribution deal with Amazon Prime or Netflix. After all the kind of content he makes for YouTube might ultimately get flagged even with the pull that he has, so I’m going to be watching to see what kind of moves he makes going forward.