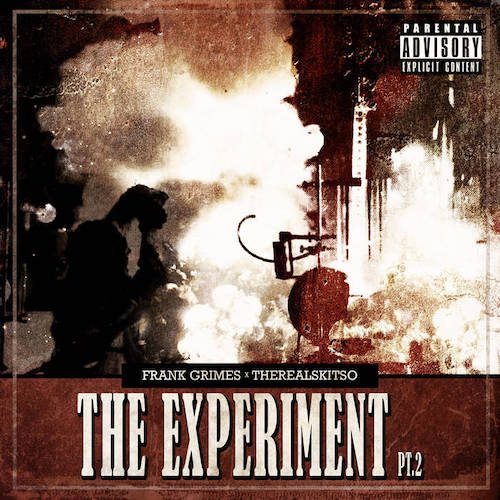 My first encounter with Therealskitso was as a producer on ToneyBoi’s “Ugly Luxury” album. Given Toney is a Buffalo, New York rapper and proud of it I wasn’t surprised to learn that’s where Skitso is from too, though I was surprised that instead of producing his own albums he linked up with Canadian artisan Frank Grimes to lace his rhymes. They previously worked together on “The Experiment” in 2019 and “Pt. 2” is more of the same. One other thing surprised me — hearing a very familiar beat on “Tryna Shine” featuring John Jacob. Let me lace you with it and see if you hear this too.

Did you catch it? Well I’m an old head who was born in the 1970’s so I’ll forgive you if you don’t, but I imagine peeps who went to college around the same time I did will know it when I say it: “Aiyyo Queens get the money long time no cash/I’m caught up in the hustle where the guns go blast.”

There it is. The same loop Mobb Deep took from Esther Phillips’ “That’s All Right With Me.” Now “The Infamous” came out 25 years ago so I get it. It’s pretty hard to call somebody a biter after a quarter of a century has passed. In fact WhoSampled lists 31 times that someone has taken a slice of that classic soul track, so we can run the total up to 32 (and counting) now, but I’m always going to associate that beat with the late Prodigy and his partner Havoc before anybody else. Sorry to Skitso but that’s just the way that it is. In a chocolate covered bit of irony the very next song on “Pt. 2” is called “Married to the Mobb.” You just can’t make this stuff up.

Grimes and Skitso actually take turns producing on this EP. The aforementioned “Tryna Shine” was Skits, while “Married to the Mobb” is Grimes, and then it flips back to Skitso again on “No the Half.” The odd part about that is that their instrumentation is interchangeable. If there’s a “trademark sound” for Buffalo rappers these days, it’s a revival of the grimy 1990’s for NYC hip-hop updated to present times, and the sweeping pianos and dirty drums Skitso uses on “No” are perfectly paired with the single ivory keys and menacing melody of “Criminal Minds” from Grimes.

Intentionally or not “Pt. 2” winds up reminding me of ToneyBoi and not just because of the shared city or producer — it’s due to the fact that this is gritty music for its own sake. I think sometimes Buffalo has a chip on its shoulder due to the fact they get overlooked compared to NYC. People talk about the Giants, the Yankees, the Mets, and so on around the world but a Bills fan is a Buffalo man. Y’knahmean? I think they resent being better known for chicken wings than most NYC rappers are for just being from New York. In fact a lot of people around the country probably think New York City IS New York without even considering places like Albany and Rochester.

I get having a chip on your shoulder about being overlooked if you’re not from NYC, but sometimes that’s used as an excuse to just mean mug and be hard without delivering something extra. Skitso is a good hard rapping Buffalo rapper, but he doesn’t have the charisma or punchlines to really make me say he’s the next big thing, or the next little thing, or the next thing in general. That doesn’t mean he’s bad. I like the gravelly flow, I like the work he does on production, I like him teaming up with Grimes, there’s nothing bad about it — and nothing I’m over-the-top excited about either. “Pt. 2” is a good casual listen that doesn’t really demand multiple replays.