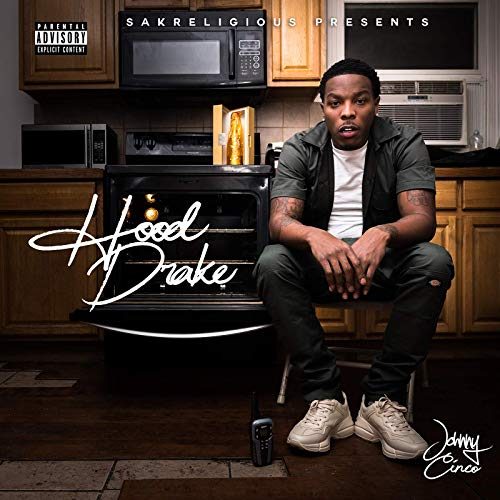 Migos. YFN Lucci. Soulja Boy. If you know who Johnny Cinco is the odds are you’ve already been listening to one of the aforementioned artists if not all of them. Cinco’s features are a staple of both underground mixtapes and retail releases by these rappers and their mutual friends. The Atlanta rapper is even credited with launching YFN Lucci’s career, which is slightly ironic given that Lucci has been featured in XXL and Cinco has yet to receive the same amount of press or crossover exposure.

“Hood Drake” is Cinco’s attempt to change that. The allusion of the title isn’t hard to understand. Johnny Cinco feels that he’s Drake for an audience that doesn’t really fuck with Drake because he’s too commercial, middle class and mainstream. I’ll go a step further — the fans who booed Drake off stage at Flog Gnaw would show Cinco love. That’s what you’re supposed to think anyway. Apparently the way to do that is to sound exactly like Future.

Listening to “Just Do It” there’s almost no way to discern the difference between the two. The vocal tone, the AutoTune, the warbling, mumbling, braggadocious delivery is the same. It’s fashionable to hate on Drake these days because he can sit court side at any Raptors game (home or away) and presumably has lost touch with his core audience due to his tax bracket. When I listen to Drake though he’s still rapping most of the time and the bars are memorable and quotable. “Hood Drake” can’t say the same.

“They gon’ hate on me shorty, I’m for real though”. Hating on Johnny Cinco for being successful would be just as pointless as hating on Drake for it. Jealousy and envy are wasted energy and negative emotional states that only add to your stress level and shorten your life span. Far from it I’m happy that Johnny Cinco released “Hood Drake” on January 1st, 2020. That’s a celebration. He’s ushering in the new year with new music and let’s applaud that level of confidence. The bass and bump of tracks like “Amiri” featuring Quez4real prove there was no good reason to wait. “I’ve been on the road to fame/many n-ggaz not the same”. True dat.

Criticisms of being a Future clone aside, Johnny Cinco has released a 40+ minute album (far too rare these days) that is well produced and polished. “Hood Drake” is easy to listen to. At times it may be too easy to listen to. The beats, the bars and the bass become hypnotic, blending together into a seamless mix that would make for background music while playing games on your PS4 or Nintendo Switch. It’s up to the individual to decide if that’s either a perfect compliment or a backhanded one, but Johnny Cinco is definitely “okay” in every way. With respect I still prefer Drake though.