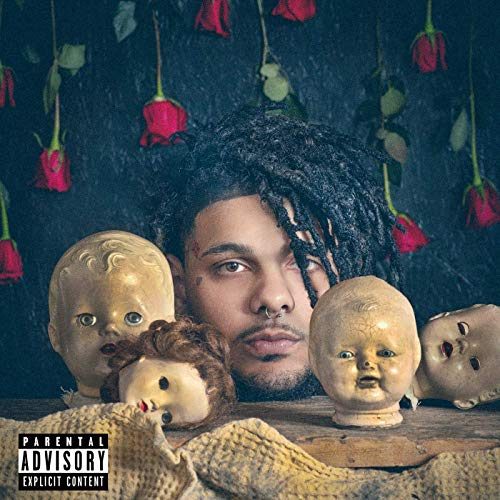 The cover of Smokepurpp‘s first commercial mixtape “Deadstar” was based on a photo of deceased performance artist GG Allin, and consequently the cover of “Deadstar 2” is based on a photo of grunge rock icon Kurt Cobain. If you went into Omar Jeffery Pineiro’s body of work based solely on this knowledge, you might think he was creating a library of rap music designed to be provocative, controversial, cutting edge, or all of the above. Both artists struggled with (and died because of) substance abuse, and while Cobain’s work was the more commercially successful, one could argue Allin was just as influential. He pushed against societal norms and was often arrested before or even during his live performances — defecating on stage being a prominent feature.

I regret to tell you that Pineiro’s latest album has neither the pop appeal of Nirvana nor the wildly unorthodox behavior of Allin, though “Deadstar 2” shouldn’t actually be judged in comparison to either of those two. Despite his deliberate choice of album covers for this series, Smokepurpp isn’t a crossover artist nor a provocateur. His only connection to either man is a predilection for opiates, narcotics and intoxicants. That actually makes him more like his friend Lil Pump plus other “Tuned up and turnt out” rappers like Trippie Redd and the late XXXTentacion. The biggest difference is that Purpp leans more toward rapping than singing, but still breaks out the croon-tune for songs like “On Purppose”.

When he drops bars the topics are strictly flossing, living it up, showing off and celebrating. “Audi II” demonstrates this perfectly: “I don’t need hoes, I need bags/I had the bank pull a millie out cash/I do that shit just to brag/I love to flex on my exes and laugh”. The song’s success may just be because everybody loves a bad guy. Wrestling fans don’t love Chris Jericho or Ric Flair because they do what’s right or help out those in need, they love them because they strut like a peacock and brag about how successful they are. Smokepurpp would make a perfect heel.

“Dirty Dirty” featuring Lil Skies is more of the same. “Send me your location, I’ll pull up right now/Smoke a dumb n*gga like a black and mild/From the dirty…/Dirty dirty n*gga, I got mud in my cup/All she wanna do is put some shots in her butt/Big F’n, got a little boner it gon’ bust/my exes still call me trying to fuck.” Thanks to Diego Ave, Apex Martin and Dez Wright the track has enough bump to keep things moving.

If you had any doubt that all Smokepurpp cares about is celebrating and making his haters mad, “Red Bottoms” should be the bottom line because Omar Pineiro said so. It’s also where Purpp becomes most like his comrades in excess: “I ain’t got no heart… addict at my heart… I can’t park my car”. Live fast and die young seems to be the motto for today’s generation and I worry that Pineiro won’t last much longer given the current industry trends.

Sometimes in the midst of his bragging and conspicuous consumption, little nuggets of humor pop in. “I don’t gotta say I’m rich, n*gga it’s proven … I just made a bitch suck my dick cause she toothless”. I’m not saying “Stevie” isn’t a horribly misogynist series of sentiments, but much like Ric Flair vowing to take girls for a ride on “Space Mountain” if they were 18 or older, it’s not that hard to understand where he’s coming from. He’s enjoying the potency of his primacy and prevailing over poverty. It’s an unapologetic rock and roll, sex and drugs lifestyle at its finest. His duet with Denzel Curry “What I Please” thus defines it exactly — he does exactly what he wants, when he wants, in all ways at all times.

As far as depth is concerned, the only depth you’ll find is the Scrooge McDuck sized bins of cash he’s swimming in; the only substance you’ll find is straight up substance abuse. Years ago (and I mean literal decades ago) when somebody asked me to defend such vacuous conspicuous consumption in rap songs, I immediately quipped back “And I suppose you’ll defend Van Halen and the Rolling Stones?” Sure it was a cheap shot but the point still stands — it’s meant to entertain, not teach morality. You might as well complain that heavy metal creates devil worshippers and video games create mass murderers. Oh wait — people already do that. Frankly it’s absurd to suggest that human beings have so little free will or self control that they’re going to do shit just because they consumed mass media that talks about it. I don’t think the readers of Edgar Allen Poe all became psychotic killers, and no one ever suggested that they did.

That’s neither here nor there though. Is “Deadstar 2” good music? That’s a complex question. It’s well produced. That’s a given. It’s an easy 40+ minutes of music to listen to. The subject matter is a bit repetitive, but Smokepurpp’s charisma is above average and his tendency to AutoTune and sing his way through songs is below average, so that also works in his favor. My only problem with recommending “Deadstar 2” is that there are only two or three tracks out of 17 I’d listen to more than once. I usually prefer longer albums so I commend him for the effort, but I actually think Smokepurpp might be better served in smaller doses.