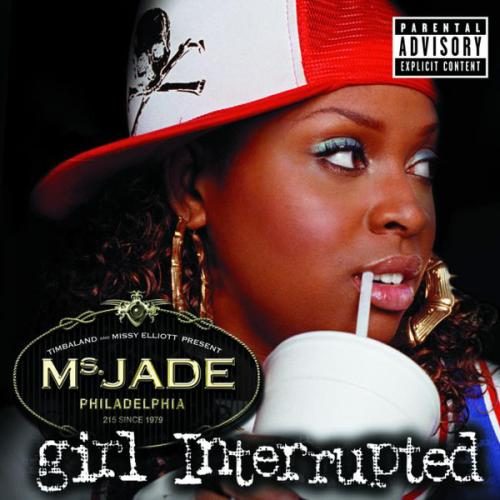 Timbaland has another protege. About this time last year, he introduced us to Bubba Sparxxx through his Beat Club imprint. Thanks to his charismatic personality, a tight flow, and the funky beats of songs like “Ugly” and “Lovely,” Bubba Sparxxx surprised the critics and put both Athens, Georgia and white rappers from the South on the map. This time, Timmy aims to introduce the nation to a major label sista from Philadelphia who isn’t affiliated with Ruff Ryders or The Roots.

Jade is nothing if not confidant in a way that would be called “cocksure” in her male contemporaries. On successive tracks “Jade’s the Champ” and “She’s a Gangsta”; seemingly usurping everyone from MC Lyte to Eve in the process. The funny thing is that except for her beats, she seems indistinguishable from the latter. To put it bluntly, if someone swapped in this record while listening to “Ruff Ryders First Lady” even a listener who was paying attention might go, “When did Eve drop new ish?” When her sound changes up a little on “The Come Up” it’s not exactly an improvement, because she comes across like a mix of Missy and Jadakiss – and one Jadakiss is enough, thank you.

You may have heard Jade on the remix of Nelly Furtado’s “Turn Off the Lights” by Timbaland, and both of them repay the favor on the song “Ching Ching.” Sadly she sounds like she’s making another guest appearance, even though it’s her own track. Ms. Jade may be trying to make a name for herself on her own, but she doesn’t really come across tight on her own. Timbaland must have realized this, because he recorded a “Ching Ching – Part Two” with another guest rap on his part; and he also enlisted Jay-Z for “Count it Off”, Missy Elliott for “Really Don’t Want My Love” and Nate Dogg for “Dead Wrong.” Since these tracks come back to back, it’s the high point of the album; and Timbaland wisely chose to follow it with Jade’s single “Feel the Girl”:

“No question, gonna throw on them clothes tonight
So set them bows tonight, engines gon’ hum on the bikes
No matter is he black, peurto rican or white
Stiletto, Timbs, and them Nike’s, free chicken wings and some rice
I got your dude lickin my toes and stuff
What wha wha wha what, light the chronic up!
I know y’all gon’ love when I do it
I do it professional like Duro and Clue
doin it all for the loot
Y’all better get them asses up out the seats
sweat runnin down your cheeks, virgins turn into freaks”

Weirdly enough, Jade sounds like she’s trying to imitate her producer on this track, rapping in a monotone and spitting the syllables in carefully cadenced syncopation. It’s probably not a good sign though when your style only serves to make Timbaland’s rap better by comparison; not to say he’s a whack MC but he’s always been best served behind the boards on beats. And in that role, Timbaland tries his best to get Ms. Jade over. That’s why the understated guitar lick and simple beat of “Big Head” may actually make you mistake Jade for Misdemeanor; since Jade raps in a whisper punctuated by occasionally sung lines. Truthfully, this SHOULD have been Elliott’s beat, because when Missy and Timbaland combine on these unusual tracks the results are almost always stellar. In this case, it just results in Jade sounding like a last minute substitute filling in for her. Ultimately the only thing you find “Interrupted” listening to this girl’s album is the time you spent searching for the next big thing herein. Timb’s tight beats can make any wannabe sound nice, but someone more deserving than Jade shoulda got ’em.