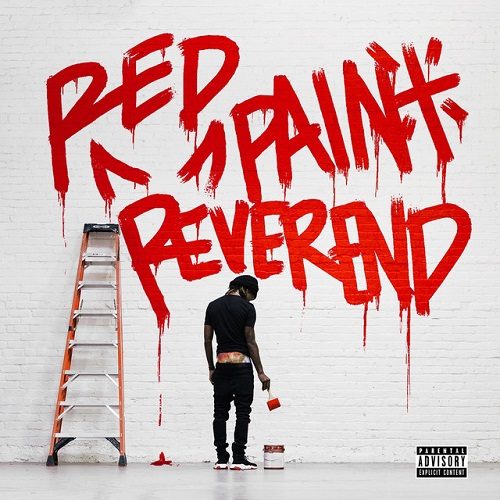 ShooterGang Kony, aka Kony Ginobli, aka the Red Paint Reverend, consistently finds himself amongst California’s elite when it comes to jaunty meditations about gun violence, jail time and buss down rollies. There always seem to be dark undertones amongst the glitz and glam of materialistic inclinations. When Kony raps, he does so without coloring in between the lines. In Oak Park Sacramento, nothing comes without consequences.

“Red Paint Reverend” is issued during a period where California rap is as exciting and treacherous as it’s been in quite some time. As we’ve learned through the arbitrary (and quite frankly racist) trials of 03 Greedo and Drakeo the Ruler, the state’s corrupt legal system represents a small portion of the blatant discrimination that continues to dictate our nation’s ugly image.

Gangsta rap’s invigorating revival over the past few years continues to be dwarfed by nefarious district attorneys and misleading police investigations. Essentially, if you’re an African American hip hop artist who illustrates stark realities through vivid wordplay, then detectives will do everything in their power to use those lyrics against you. It’s a messed up reality that bares very little irony at this point; even after rap’s 30-plus years of existence.

Kony counterattacks these traumatizing happenings with his own brand of post-hyphy street talk. “Red Paint Reverend” is by far his most versatile project to date thanks to more melodic cerebrations involving past mishaps. Kony himself went in and out of prison at a young age, which is something he cautiously details on “A Sinner’s Story.”

“Ever had your best friend freeze up and catch a slug?
Ever heard the judge hammer and give your brother a dub?
Sittin’ on them jail phones, wonderin’ who I love
Won’t nobody answer for me, assumin’ y’all havin’ fun”

Songs such as this and “Dearly Departed” act as formidable ruminations about friendship, loss of innocence, and biblical revelations. They’re introspective outliers compared to the bouncy acrobatics of “Jungle,” or the oscillating Shittyboyz-inspired “Glock 21.” Kony can fuck up the club while contemplating how often he should utilize his glizzy.

He also has a penchant for curating extravagant choruses, whether they be from his own repertoire or from other personalities. Teejay3k creates an anthemic landscape on “Bussdown,” while Alabama stalwart OMB Peezy approaches “Street Talk”’s hook with fluctuating tonalities. Even Kony establishes memorable ferocity across “Gone”’s piercing laser stabs.

“There go another bankroll, I can’t fold
Niggas really bitches so I treat them like my hoes
Homie pay attention, I got 30 in my pole
If I let this bitch go, then everybody gotta go”

There are moments on this album where Kony does tend to sound scattershot from a songwriting standpoint. “Chop Walk” is a disjointed duet between Shootergang and Seddy Hendrinx that sounds more like a jumbled freestyle compared to the rest of the project’s thought-provoking scenery.

The album’s wavering production can sometimes simulate one monolithic experience if not for Kony’s versatile delivery and brisk one-liners. He can send chills down your spine with harrowing proclamations like “Swear on my life, I lost my soul with my rights;” a sentiment that’s most likely shared with anyone who’s been wrongly accused of crime or terribly mistreated. But he can also stop you in your tracks with playful statements such as, “Water on my neck, it got me ashy, I need lotion.” One will never know what to expect in the neo-noir aesthetic of West Coast rap.

In one breath, he’s having second thoughts about pulling the trigger on his friend, the next, he doesn’t even know who he’s shooting (“I hit his homie on a fluke, he was actually kind of cool”). Kony can’t help but feel urgent under the unseen pressure of California’s problematic connotations. He draws parallels between his own experiences and the overarching circumstances of others. He even exploits certain themes (“Black on Black Crime”) as an attempt to add some wide-eyed satire. All of this culminates in some of Kony’s most fascinating work to date.