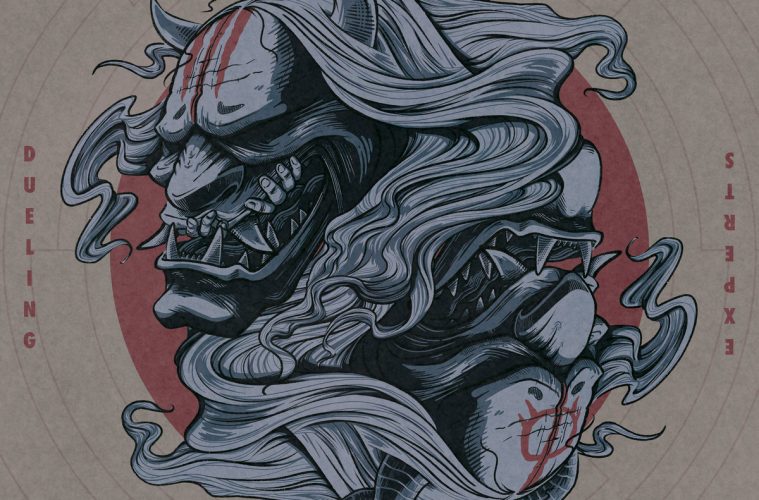 There was a time when the rap game was awash with outlandish characters, familiar brands, and stylistically unique personas. I’m talking about your MF Dooms, Wu-Tang Clans, Redmans, Busta Rhymess and Eminems. Artists. Their music went beyond just being emcees but boasted alternate personalities, in-jokes, videos with identities; there were whole universes that fans stepped into when playing an album. It’s something I’ve tried to put my finger on for a while, instead of plain old boom-bap nostalgia many fans yearn for, I simply wish more artists were artistic. It’s why I’m quick to praise the likes of Doppelgangaz or Roc Marciano because, to quote Greg Nice, they originate rather than duplicate. And it subsequently sets them apart from nondescript equivalents.

Ugly Heroes (rappers Verbal Kent and Red Pill, along with producer Apollo Brown) managed to satisfy both fans and critics with their combination of personal, humble tales of the ordinary, and wickedly soulful beats you couldn’t resist slamming your head to. The two albums they released (and the EP too) are all highly recommended but were effectively side-projects for each artist. The Ugly Heroes brand could be fleshed out further in future, but for now, Verbal Kent returns with another concept project – Dueling Experts. Joined by Recognize Ali on the mic, and Lord Beatjitzu behind the boards, the immediate comparison is Wu-Tang Clan, owing to the influence of the East on the artwork, the name “Dueling Experts”, and most clearly, through the audio aesthetic running throughout the album. Swords swing, fists fly and fictional villages are pillaged; all above production descending from RZA’s classic work in the 1990s.

Beatjitzu’s style feels like a refinement of Lone Ninja’s work, or even the British group Triple Darkness – a low-budget spiritual successor to the Wu-Tang movement. The comparison is apt, given Beatjitzu stamps his beats with the “Bruce Li” vocal tag – a known Bruce Lee imitator in the 1970s. However, labeling Dueling Experts a knock-off doesn’t do the duo’s skills justice – there are some genuinely satisfying tracks here.

If you’re familiar with either Kent or Ali, then you’ll know this will be standard bar-trading with a menacing feel. Having heard much of Verbal Kent’s catalog, he’s never shy of throwing stupid lines in to make you smile and this record is no different. The fact there’s a song named “Baby Shark” and Kent himself says “Alexa, play Baby Shark” is the smartest line I’ve heard in a while. Not just because they may pick up some additional spins by music services suggesting the Dueling Experts’ song “Baby Shark”, but the mere idea of this gritty hip hop album triggering mobile devices and Amazon Echos to start playing an irritating children’s song is outright hilarious.

Lord Beatjitzu worked with Verbal on 2011’s “Save Yourself” so this project isn’t completely random. Beatjitzu may not have the reputation of an Apollo Brown or a Khrysis, and my first impressions of the production here weren’t the greatest, but this album definitely grows with repeated listens.

Verbal Kent’s warped sense of humor is populated with dad jokes and eyebrow-raising lines you’ll swear are corny, yet still come off nice.

“Prepare to practice, while these titans prepare for clashes
I’m more advanced than every facet – you’re barely average
You’re as strong as Steve Urkel from Family Matters
What I say is outstanding, you say it – it barely matters
I literally pull your leg
Bounce your head against the ground while I drag you dead
Wobble like a bobblehead
I can crush you like a model set
Every time I meet you I forget (who the fuck is this guy?)”

Recognize Ali has that familiar Queensbridge accent that reminds me of Tragedy Khadafi or Kool G Rap. While his career is too young to be compared to those legendary names, Ali does benefit from a digestible style that’s straight-faced – the perfect foil for Verbal Kent’s tomfoolery. That’s not a sleight on the Chicago emcee’s performance here – he’s very much the star of the show and highlights how overlooked he has been throughout his career.

The whole Shaolin Dolemite idea plays to Verbal Kent’s strengths – this may be low-budget schlock that imitates true mastery, but it’s self-aware and easy to enjoy. Songs are short, ending before they outstay their welcome and represent quick-fire jabs from two emcees that may not be the pinnacle of the artform, but live up to their Dueling Experts namesake.