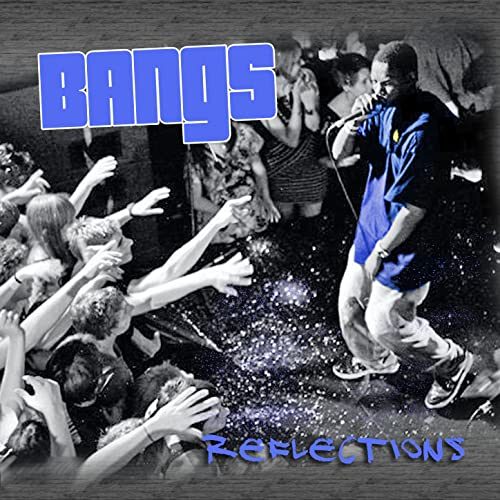 If you were on the internet in general or YouTube specifically between 2009-10, Bangs a/k/a Ur Boy Bangs’ song “Take You to the Movies” was unavoidable. Like many things that go viral though this wasn’t a reflection of Bangs’ talent — the entire online community was laughing at the stilted delivery and sincere platitudes of Bangs as he tried to woo a prospective lady friend to go out on a date. Over the last decade Bangs and his supporters have tried to re-contextualize the song as “satire” of popular rap songs around that time, but listening to his “Reflections of Africa” album suggests that’s entirely false. Even though tracks like “Trip to Sudan” never achieved the viral fame of “Take You to the Movies,” the cheesy production and stilted delivery are just as meme worthy as Bangs’ crossover “hit.”

It’s hard to consider sources like Wikipedia reliable when trying to understand Bangs because (as of the writing of this review) it claims that “his renown extends even to the Middle East” and he has “developed a following in Dubai.” The lack of citations and obviously hard to verify claims make it likely that he’s either self-editing the entry or having people do it on his behalf. It’s not like I don’t understand his motivation for doing so. He recorded heartfelt songs like “My Girlfriend” and didn’t expect to become a laughingstock for them, so instead of leaning into becoming a living meme and profiting from it, he’s trying to control the narrative and make people think his songs blew up because he’s SO COOL.

The irony here is that a decade after “Take You to the Movies” came and went, no one really cares whether Bangs is as cool as his entry implies or whether or not the song was actually satire. That’s the thing about going viral or becoming meme worthy (or both) — everyone has a good laugh for a minute and life goes on. The fact “Reflections of Africa” or subsequent albums exist doesn’t surprise me, nor does the fact that most songs from it only have a couple hundred views on YouTube. The conclusion is fairly obvious but I’ll connect the dots for you anyway — only Bangs cares about how he is perceived in 2020.

I don’t fault any young man, woman or person for having aspirations of being a successful actor, rapper, athlete, broadcaster, entertainer, YouTube superstar, or all of the above. If you come from an impoverished background the desire to break out and become famous and wealthy is only amplified and magnified that much more. The fact that Bangs’ desires vastly exceeded his talents isn’t reason to belittle him or mock him. Many people probably consider him a fool. I don’t. That doesn’t make his music GOOD by any stretch of the imagination, but it does transcend from being boring to being so bad it’s actually entertaining… so that’s a win, kind of? “Reflections of Africa” will elicit a strong reaction no matter what. You’ll love how awful it is, you’ll cover your ears in pain, or you might genuinely like how sincere and unassuming he is despite having no sense of rhythm, flow, or structure to his bars. The issue with Bangs is not that he tried and failed, it’s that he couldn’t accept the failure and still continues to insist it was a success.