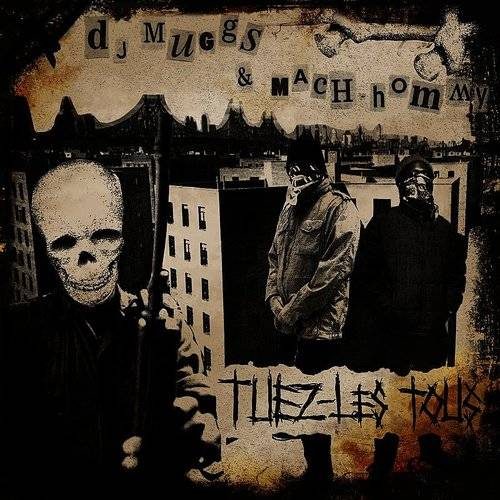 If there was ever a trend in underground hip hop that reflects the mood of the world in 2020, it’s the threadbare grimness of cinematic “crime novella” rap. After a decade of influential Roc Marciano records and the rise of Griselda, fans are constantly discovering new spins on this subgenre. Where the music manages to distinguish itself from 90s stalwarts like Raekwon or Ghostface, is the humanity of the artists seems to become ever colder. As if the energy has been sapped from their very souls and all that’s left are fearless, often heartless killers. A generation of Barksdales made way for countless Marlo Stanfields. Albums tend to be short, rarely outstaying their welcome and feeding into the business model of the artists involved – pump out as much product as possible without flooding the market. It’s a successful system, with newer names like 38 Spesh, Eto and El Camino all utilising the long EP/short LP method, often collaborating which stops every record sounding the same.

As with any expression of creativity, the deeper you dive the more inaccessible the art becomes. You might enjoy films, but are you willing to sit through European expressionist masterclasses or prehistoric silent theatre? For many, there are lines to be drawn, and in rap terms, the depths of the underground often cough up increasingly divisive artists who tread the thin line between boundary-pushing and difficult-listening. Mach-Hommy is often cited as an example of putting the art first, rarely releasing his catalogue and when he does, it’s at astronomical prices. His style of street rap is less esoteric than the slang-heavy Westside Gunn; instead leaning on Mach’s laid-back, often horizontal delivery. If you’re not a fan of street scholars like KA or Knowledge the Pirate, Mach-Hommy is unlikely to change your mind, but 2019’s “Tuez-Les Tous” does have some standout moments.

“Tuez-Les Tous” succeeds thanks to DJ Muggs’ inspired production, particularly for the first half of the album. Experiencing a renaissance period of sorts, Muggs followed the superb “Hells Roof” with more dark, haunting soundscapes that, had they been released in a different era, would surely be more fondly remembered. The tracklisting reads like a hallucinogenic dream, and often sounds like one. “Piotr” is so stripped back it barely qualifies as traditional hip hop outside of the kicks. “900K” is a bilingual affair, delivered in both English and French, owing to Mach’s Haitian heritage.

Hearing Mach casually sing on “Wet Bally” is disheartening rather than enjoyable, yet actually adds to the menace of Meyhem Lauren’s directness. It’s delivered as if Mach is whispering in the listener’s ear and it works remarkably well. While Mach largely steers through Muggs production at a methodical pace, citing his superiority and disdain for contemporaries, he demonstrates an ability to attack a beat on “Kouign-Amann” (literally cake and butter) with all the preciseness of Freddie Gibbs.

The latter half of the album isn’t as stark but does showcase Mach’s chemistry with frequent collaborator Tha God Fahim. “NTM”, “The Fowler’s Snare” and “Mami Wata” (which also features Your Old Droog) are all serviceable additions, with the latter in particular a pure bar-fest. That air of mystery extends further – the lyrics to this album all lack Mach’s verses on Genius – feeding into the image of an artist with an element of exclusivity few garner in 2020.

There are glimpses of an artist experimenting with his toolset, painting mysterious thrillers for the listener, but it ultimately owes a lot to Muggs’ canvas. Mach-Hommy is an unconventional emcee in an increasingly crowded field of gully street rappers, utilising bar structures that stop and start wherever they please, occasionally switching languages during a verse. Tracks like “Spent Casings” even flirt with so-called Mumble-Rap with just how far Mach will push his approach to rhyming. His style is commendable, yet requires a degree of patience and can be difficult to quantify, but is well worth checking out. “Tuez-Les Tous”, which translates as “Kill Them All” is probably his most accessible record, both sonically and practically.

Is he for everybody? Definitely not. Is he rap’s next big enigmatic character? Potentially.