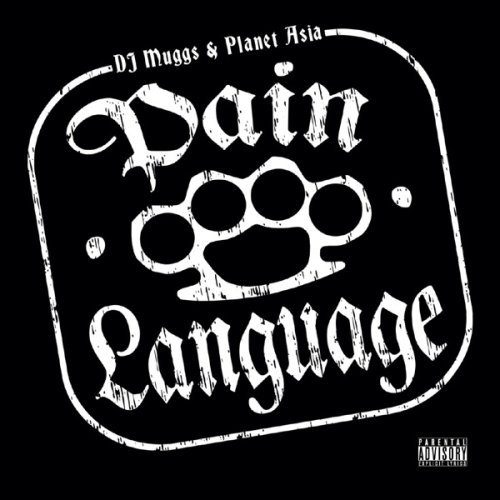 DJ Muggs is the kind of producer who could have pulled a Dr. Dre and vanished from the scene to rest on his laurels, only putting out one record a decade or less. After producing a slew of gold and platinum Cypress Hill albums and releasing several Soul Assassins comps to show off his skills outside their stoned flows, he certainly earned the right to be regarded as one of rap’s all-time greats behind the boards. Lest we forget Muggs is even the man responsible for making Everlast a household name, because without his funky beat no one would ever have gotten up out their seats to “Jump Around.” Yes sir, DJ Muggs is sitting on an incredibly fat resume of hits and undoubtedly has an even fatter wallet to go along with it. No one expects Muggs to prove how dope he is any more – it’s just a given. Time to kick back and collect those royalties.

For Lawrence Muggerud though that just won’t do. The man is driven by an undeniable passion for hip-hop music and culture, a love for creation and collaboration, and a mind full of dope beats that need to be channeled through his fingertips into your earholes. Muggs keeps linking up with emcees like GZA andSick Jacken to do albums together, having nothing to prove to anybody in hip-hop, solely to see what a creative rapper and producer working together in tandem can come up with. These projects are nowhere near as financially lucrative as putting together a new Cypress Hill album, but you can feel Muggs pouring his soul into every beat regardless. The rap collaborators respond by taking their lyrical steelo to the next level, pushing their own creative limits to the maximum and beyond.

As such the words “DJ Muggs AND” automatically create interest in an album, and to learn his next musical partner was Planet Asia was an unexpected and pleasant surprise. I’ve long championed for Asia as an underrated and overlooked West coast rap icon, dropping classics like The Grand Opening all while seemingly unable to catch a break from mainstream critics and jaded East coast heads. The irony is that his flow is eeriely New York in nature for a California MC, often reminiscent of GZA in fact, which makes it all the more interesting that Muggs would produce entire collaborations with two different rappers who are so similar in nature. Perhaps it was inevitable that these worlds would collide on “Pain Language” as both GZA and Planet Asia end up on a Muggs beat at the same time on the epic “Triple Threat” also featuring Chace Infinite.

GZA: “From slow grooves to Pro Tools to 8-tracks
Cassette tapes to VHS to ADX
Regardless of the format, it’s liver than Memorex
Colorful megapixels like the centreplex
Feature film from the outer realm and for the ears
Enjoy ya own picture and stay in ya mind for years
My heart pumps and creates surround sound
I brought hip-hop to the top push the underground”

Asia: “Ex-Panther, automatic strapped counselor
The worst chancellor, jamming up the board amped up
Polish professional, the patriotic poor for life
It’s a long run using the side of the brain that I write wit
It’s mind, body and soul, control wit the mic
Rip jewels to ya dome, segregates the devil from righteous
Black Guerilla, act ill, I’ll act iller
Wit the most sophisticated assassinators who stack figures”

This is not the only multi-artist track on “Pain Language” though. The ethereal “Black Angels” brings in the holy flows of Killah Priest, Cynic and Scratch. Sick Jacken links up with Asia as thunder rolls across the plains on “Death Frees Every Soul.” Prodigal Sunn and Tri State get positively Wu-Tang with it (right down to a trademark Killa Bee buzzing sound) on “Deadly Blades.” For die-hard Cypress Hill fans though, the greatest thrill will be the fact B-Real shows up for two tracks, first on the echoing funk of the lethal “9mm” and then again on the high speed and horny horn attack of “Lions in the Forest”:

Asia: “Emcees who wanna compete, I’ll take ten of ’em
Clowns in the streets want heat, I got dillingers
And that’s how it really goes
Soak if I’m really wit it
And stop looking at the motherfucking videos
Choose yo weapon, my tools is lesson
True connection, wrong, you lost all your profession”

B-Real: “Let the rhythm hit ’em, chew ’em up, spit ’em out
Get ’em out, let’s see if the barrel will fit in his mouth
Hear the lion roar, watchu crying for?
Don’t let the hot gates open the iron door
I’m the king of the jungle, so ready to rumble
Gun shots put the room on humble
I flip beats and make the words tumble
And flip bricks and not sleep on a bundle
Claiming you’re off the chain, homie I’m off the board
Dunk in yo’ face; I’m the Lord of War”

For those who hadn’t been familiar with Planet Asia before this album, “Pain Language” will be a remarkable revelation, as Asia is at his best working over the Soul Assassins sound that Muggs provides. You wouldn’t suspect these two were doing an entire album together for the first time; they have a polished sound that many rapper and producer teams search for years to create yet never quite achieve. Asia has not had any shortage of hot beats or production over the years as a rapper, but the notoriety that working with DJ Muggs brings can only do positive things for his career from this point forward. When the list of 2008’s most interesting or important rap albums is drawn up this year, Planet Asia & DJ Muggs’ “Pain Language” will be a strong contender.