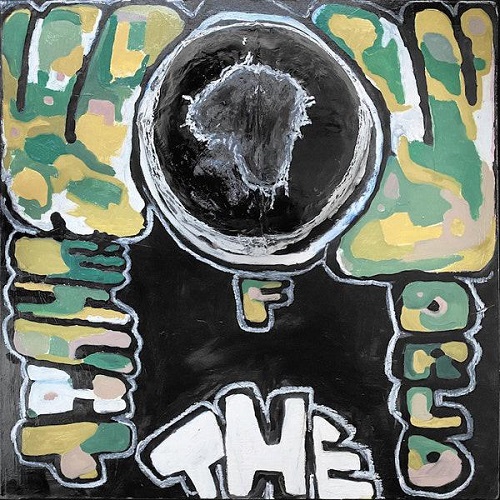 Weight of the World

MIKE :: Weight of the World

The death of a close friend or family member sticks with you like moisture on a hot summer day. It’s difficult knowing they’re not around anymore, but remembering the good times you had with them could act as brief moments of liberation. My grandmother passed away from natural causes about two years ago, and it’s still something I think about every once-in-a-while. Pieces of specific memories and idiosyncrasies will form in my brain like one giant collage of everything I’ve done or experienced with her. Even amongst my sadness, I can’t help but think about her greatest attributes as a human being. It’s almost as if our relationship continues to harvest even after her last breath. It’s truly a bittersweet occurrence.

When I listen to MIKE’s music, I feel like he understands this ambience. The New York rapper dedicated his entire 2019 album to his mother – Anuoluwapo Sandra Akinboboye – who unfortunately passed away not too long before the music was released. The album is widely regarded as his strongest project to date thanks to striking imagery, and fleeting anxieties that are usually numbed by his drug and alcohol use. On “Whole Wide World” from that project, the line “Looking through obituaries with your name on it” hits you like a moving truck in the middle of the road. His delivery radiates like mumbled ennui, but his words pierce like a knife.

Now that he’s a little more than a year removed from his mother’s passing, MIKE appears to be operating in that collage-like mindset. The pain is still understandably present on his new album “Weight of the World”, but there’s certain flashes of forward movement that help keep her spirit alive (“Weight of the Word”). MIKE appears to be reminiscing on the past year; as exemplified on songs like “Delicate” and “More Gifts.” He has a unique way of twisting dire situations into different pockets of sunlight (the glass half full mechanism if you will).

“For it to come to that, vision when to come for lackin’
I got my mother’s laugh, grinnin’ through a bunch of bad shit
Only want the facts, scary, gon’ confront with gas in
Need the funds elastic, but never front and act”

An understated aspect of MIKE’s past couple of years is the importance of his album titles. The paradoxical tone found on “Tears of Joy” fits perfectly within this narrative of finding the remedy for unthinkable pain and loss. The first phase of this heartache is normally self-affliction and mental instability. Once you get passed that, the next step is usually looking at life from an adjusted perspective – sometimes a grander one. You reflect on the relationships you have with others, and how that affects your own position in this godforsaken world.

For me, “Weight Of the World” explores much more ambitious territory, even if the production simmers beneath lo-fi soulfulness. His dj blackpower moniker still produces most of the tape, but there’s definitely equal focus on pushing past his demons through pinpoint songwriting. There’s a conscious undertone that extends beyond the familial loss. When MIKE says “Weight of the World”, I can’t help but think he’s referring to his plight as a Black man living in America – not only having to deal with the death of his mother – but also coming to terms with how people perceive him solely based on the color of skin.

“You sick about the past ’cause my vision on the brain
I’m the sickest and the baddest, a victim of the state
Gifted with some habits, it’s in my DNA
I was trippin’, it was tragic, but shit’ll be okay”

The above lyrics faintly address this intertwinement of personal despair and Black marginalization. When MIKE writes something immediately poignant, he typically uses the lyrical grouping as a chorus or outro to reaffirm the main themes. He does this on the title track as well, showing disdain for friends that weren’t there for him during tough times.

For all of the incessant sadness, MIKE tries everything in his power to eradicate the demons. He smiles through the pain as light is seemingly found at the end of the tunnel on “Trail of Tears” (“Keep swimming my beloved spirit/You know your son is near”) but uses the dreamy atmosphere on “222” to observe the dreariness in his city as his mother is slowly leaving Earth. The mix of emotions perfectly encapsulates the basis for what it means to be a Black man in America dealing with loss as the world around you deteriorates into colorless stupor.

When someone you love is gone, the world already appears cloudy and banal; unable to present an optimistic tunnel of encouragement. Now, imagine that empty feeling when the world ACTUALLY functions within this channel of despondency (thanks to COVID). Now, add the idea of living in a place where white nationalists or corrupt police officers could end your life at any moment. This is 2020 as a Black man who must also adjust without a parent. In simpler terms, this is the ‘weight of the world’ on one’s shoulders. When all seems lost, a collage of intimate memories may be the best medicine.