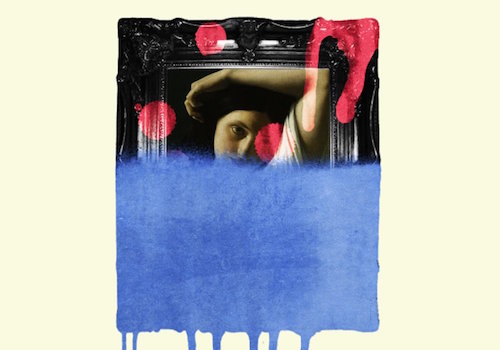 In 2017, Planet Asia is a legendary emcee. Two decades deep, countless mixtapes, EPs and LPs haven’t dampened the LA native’s desire to deliver great music. If anything, he’s hungrier than ever, “Velour Portraits” acting as an appetizer for Planet’s next LP.

The start lifts the Golden Harvest company jingle that started many an Asian movie Ð Riki Oh being the one that sprung to mind for me (a film I owned on DVD during my teenage years). It’s an appropriate “Intro” given the savagery that follows and is a continual nod to the martial arts references that we’ve seen before from Planet Asia on “Black Belt Theatre”.

Stripped back, this is four and half songs clocking in at 15 minutes. Seasoned hip hop listeners will have heard the samples used here flipped in songs elsewhere and while there’s nothing approaching greatness here, you’re getting a solid slice of street rap that reminds us all to keep an eye on the man claiming PA Medallions. Priced similarly to full-lengths, it’s a hard sell minus the crazy first verse on “Silk Road Merchant”:

The effortlessly delivered “Got Money” is hard verse-wise, weak hook-wise. The same can be said of “Made It” which features Hus Kingpin and Rozewood. Given previous releases have been collaborative projects, often with DJs, there’s definitely a feeling of incompleteness meaning I can’t recommend this EP outright.

When you see popular rap media discussing underrated rappers, Planet Asia should be one of the first names on the list. Yet, he never is, and that’s a God damn shame. Immediately recognizable with a unique west coast Wu-Tang vibe going on, Planet Asia has been killing it for years with his codified slang and precise flow. Lacking the uppercut-through-a-jaw moment it needs (watch Story of Ricky), “Velour Portraits” is still worth checking out. It’s a tiny snippet of his work, but if you enjoy this, check out his discography Ð you won’t be disappointed.