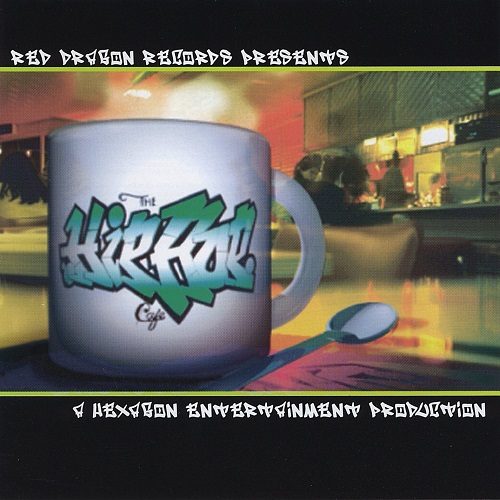 Hip-Hop always falls short when it comes to music that helps you, as Rakim would say, get soft and warm. Rock music has a messload of ballads, from “Stairway to Heaven” to “Every Rose Has Its Thorn,” and country is never too hard to mellow out the mood. As for hip-hop, right now we’ve got “Hey Luv (Anything).” If this sets the mood for you and your shortie, you probably didn’t need music in the first place.

Luckily for the sensually-inclined there’s the new compilation “The Hip-Hop Cafe.” Don’t get it twisted, though: it’s not a bunch of slow ballads and Mos Def singing outtakes. In fact, the reason why I enjoyed this CD was that the romantic, mellow mood painted by the eclectic collection of performers is not self-conscious. Imagine a packed candlelit cafe with poets, b-girls and boys, and street performers onstage baring their souls. It’s raw, it’s uncut, and organic fruit juices are sold in the back.

The best example of the balance achieved on this eclectic album is Levar Fulton’s mellow “Livin’ Trife.” He’s breaking it down, Craig David style, about how he met this fine-ass woman who was into him, but she had a man. He keeps it real, not on some carefree “O.P.P.” tip, but not on that “I’ll see you next lifetime” shit, either. Fo’ sho:

“So I’ma keep it real
Called her and asked when’s a good time to chill
She told me Friday, about at 8
That’s the time her man was packing and leaving to go away
(Is it me) or does it all seem kind of strange?
The way that shortie is wicked and flipping me into her game
(I don’t know) but still I’m gonna go
Back at her house and shortie was blazin’ from head to toe
(Shit…) Just what I wanted to see
Before I knew it, man, shortie was all on top of me
I made her scream and couldn’t breathe
I’m really thankful that this thing ain’t just a dream
I’m livin’ trife
…
I’m probably wrong for what I did
But I’m not sorry, baby, cuz I’m only tryin’ to live (the single life)
I know it’s too hard to control, so I’m doin’ me, shortie’s doin’ she
And if I get another chance I’m gonna do it again
That’s how it’s gonna be”

The production reflects the cafe atmosphere: the sparse, almost distant beats dominating the album would normally be considered a negative, but in this case the music allows the artists to get raw (Element’s reggae-tinged “Let It Out”), to lament loss (Fritz Michelle’s bass-heavy “Weeping Willow”) or to even sing in Spanish (Dunia Rojas’s soothing “Valor”). Even more impressive is that these beats were made with the “video game” MTV Music Generator, showing that the Playstation is useful for more than just Tony Hawk Pro Skater.

Just like a real open mic nite though, there are some acts that just don’t cut it, which wouldn’t be so bad if there were more than nine songs. Element’s “Freedom,” for instance, sounds like a $.99 techno remix b-side from a DJ I don’t like, which is sad since Element’s other performance is incredibly tight. Another letdown is “Da Cypha,” a crazy-long accapella freestyle featuring Mr. Tibbs, Lojik, Scenic, Pure Skills, Hound Dog and Kah. The rhymes aren’t that bad at all, but part of the beauty of a freestyle — particularly a long one — is the spontaneity of it, which, of course, isn’t gonna happen on a CD. By the third or fourth listen the lines get stale. It also doesn’t help that “Da Cypha” takes 13 minutes away from a 42 minute CD.

Those really are just minor quibbles compared to the originality and the flow of the CD as a whole. You want something different? Definitely pick this up. And, to paraphrase another journalist, how are you gonna make love to “Murda Muzik”? Don’t answer that question.