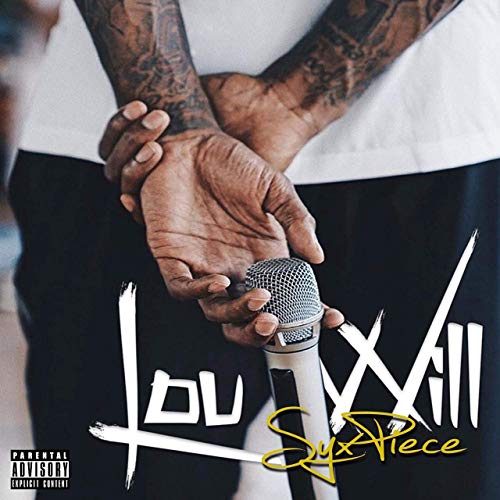 If you don’t know him by the moniker Lou Will, you probably know Lou Williams better as the perennial NBA “sixth man” i.e. player who is the first man called off the bench in critical situations. His services have been so valuable to a half-dozen different teams over the last 15 years that he became the all-time NBA career leader in points off the bench in 2019. Unsurprisingly he’s also received the NBA’s own “6th Man” award three times in 2015, 2018 and (of course) 2019.

Coincidentally Williams’ rap EP is entitled “Syx Piece” and is a six song EP. It’s no secret that many NBA players have had rap aspirations over the years including the late Kobe Bryant and perhaps more famously his former teammate Shaquille O’Neal. Even though it had to be a last minute decision to add a track to Bryant to his album if it has already been scheduled for an early 2020 release, there’s no doubt that Lou Will’s “24” is a heartfelt tribute to a player he thinks of as the G.O.A.T.

Bryant’s tragic death along with his daughter Gianna and a score of others will no doubt add to the mystique and legend surrounding him. The G.O.A.T. discussion is generational though. In my youth it was Dr. J, Magic Johnson and Larry Bird who were held in high esteem. In my college days the discussion drifted to Jordan, Drexler, Hakeem and Barkley. Shaq and Kobe wrote their own chapters soon after, and there’s no doubt that historians will look fondly upon current era stars like Kawhi Leonard and Zion Williamson when they too have amassed numerous NBA rings. To me that means there’s no one G.O.A.T. but a steady slew of greats who each laid a finger on that moniker, but Bryant held that title more than most.

Unsurprisingly NBA references play a huge part in Lou Will’s rap songs even when he’s not paying tribute to Kobe. The hook “scoop shorty up like a loose rebound” is a bit on the corny side, but Will’s not singing it himself so he gets a little bit of a pass. Williams has actually dabbled in rap quite a bit, even doing a song with Meek Mill called “I Want It All”, so it’s not terribly surprising that he’s better than average at spitting bars. The Memphis in him comes out quite a bit on songs like (ironically enough) “Underground Goat”, leaving one with the impression he could have been affiliated with Young Dolph or Three 6 Mafia if he hadn’t been a successful NBA star.

One of the things that impressed me about the aforementioned Charles Barkley in my younger days was his “I am not a role model” ad campaign. He made it pointedly clear that athletes may inspire you, but that doesn’t necessarily mean you should imitate their actions on or off the court. In the same way Lou Will’s parental advisory seems apt on “Syx Piece“. He’s not going to bring any drama to anybody else he plays for as a result of this release, but at a time where warning sticks have lost their efficacy due to their prevalence, it’s a reminder that he’s a representative of his team and league on the court but his life is entirely his own off it.

Songs like “Special Request” have a grimy, dark edge that you might not expect. “Broken halo, fallen soldier” is how Williams describes himself as he narrates a tale of his harrowing rise from the lowest of lows to “eleven cars in my garage”. It is here that we see the grit and determination which carried him all the way to sports stardom, but it is that same flash and floss which has felled many of his fellow Memphis rappers in a remarkably cutthroat rap scene. So many athletes have done so many mediocre rap songs over the years that Lou Will’s “Syx Piece” succeeds wildly by being “above average” for a b-ball player, though his similarity to other conspicuous consumer materialists doesn’t make him stand out in hip-hop as much as his NBA accomplishments.