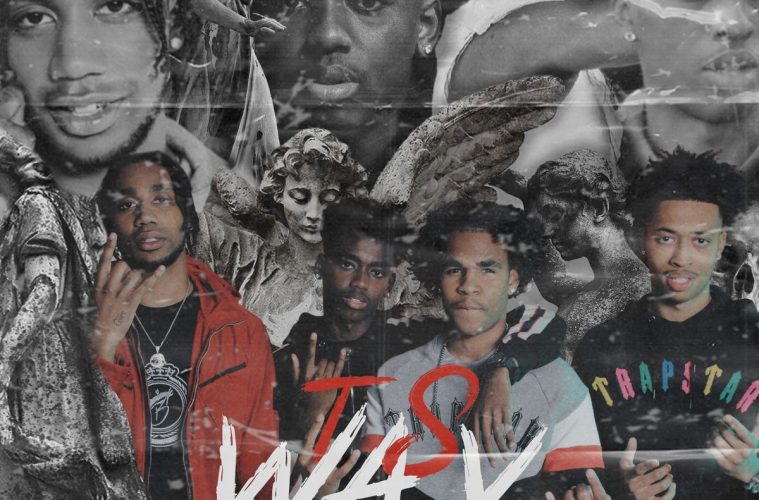 The city of Nottingham (UK) has given us some of the best rappers in the history of British hip hop. Whether its Scorzayzee’s intricate rhyme schemes documenting working-class struggle, or Cappo dispersing verbal darts on 2003 classic “Spaz the World”; there has been a reputation of Notts emcees having an elite skill set. This still applies, with the likes of Juga-naut, Kyeza and J Dot continuing to bless fans with an onslaught of bars for a new generation of rap fans. It’s great to see, but that’s not to say it’s all Notts has to offer. Enter Trinity Square (or TS – not that one), a quartet of vocalists that drift between rapping and singing, approaching their craft in a similar way to Krept and Konan. By that I mean, the style of production is more geared towards an American R&B audience, utilising Autotune and melodic rhyming.

Earlier Trinity Square work such as “Pull Up” and the screwface-inducing speaker-splitter that is “Get the Bag” showed promise, considering there aren’t many rap crews four-deep in 2020. Everybody seems to be out for dolo. “Get the Bag” in particular showed some talent with YD in particular showcasing an ability to spit sharp. However, from listening to “TS Way”, there appears to be a change to the line-up with the best spitter (YD) no longer involved. This seems to be a creative decision, but not a good one as far as the music goes. Unlike Krept and Konan, Trinity Square aren’t lyricists so there’s little in the way of wordplay or manipulation of the English language, which actually made Krept and Konan appeal to different audiences in a scene awash with polished, hollow knock-offs from across the pond.

That leaves “TS Way” relying on four emcees with similar flows and a less distinct vocal presence. Most of the songs here feel overproduced and it inevitably erodes any character or originality that TS try to get across. Some of the bars on “Intro” and “GTB2” are barely audible but judging by most of the themes revolving around money and surface-level braggadocio, I’m left wondering what Trinity Square’s purpose is outside of fitting in with a popular sound and adding nothing new in the process. Some of the lines are cringeworthy and on “Dreams”, contradictory, one second offering to marry some “great pussy” and then bragging about “hit it and dash” seconds later.

“Down” has such a strong beat it’s crying out for an Izzie Gibbs to complement it. And that’s ultimately “TS Way”‘s biggest flaw: the rapping. It’s a shame, because the tracks leading up to this release offered both bars and beats that could stand the test of time, and could do Nottingham proud in bridging that gap between its lyrical past and today’s more melodic approach. Trinity Square are young and this style is clearly popular but it’s difficult to recommend “TS Way” as a rap record when any trace of identity is tucked away under a mountain of Autotune and forgettable lyrics.