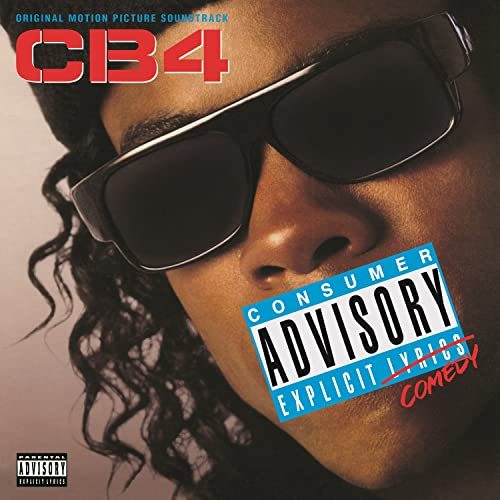 It can be debated whether or not the movie CB4 was a success in theaters. The movie only cost $6,000,000 to make — a relatively low figure by Hollywood standards even in 1993 — and tripled that in box office receipts. Even if you take the usual 50% cut that movie theaters get from films, that still means the film made a few million dollars in profit. 99% of us would be happy with even making a six figures in profit, but Chris Rock was already an established comedian with a burgeoning acting career by this point, and making a modestly profitable film just wasn’t what he or anybody else involved had in mind.

The premise was loaded with promise — parody the rise of N.W.A by having aspiring rapper Albert (Rock) and his friends Mike (Allen Payne) and Otis (Dearon Thompson) adopt the personas of criminals to gain notoriety, only for Albert’s alter-ego MC Gusto to draw the ire of the REAL hard head named Gusto (Charlie Murphy) he’s based on. Comedy ensues as the group tries to stay one step ahead of censors, groupies, and Gusto himself while chasing their dreams of rap stardom. I enjoyed the movie enough to buy a copy on VHS when it came out, and the CB4 Soundtrack hit stores before the movie hit theaters, so naturally I had that too. For all intents and purposes both have been forgotten a quarter of a century later, though I’m corny enough to bust out the joke “Turn around and eat your big ass biscuit!” in the right situation and then be sheepishly forced to explain it.

If anything had more staying power between the movie or the soundtrack though it’s probably the latter. The period from the mid-1980’s to late-90’s were peak “hip-hop soundtrack” where you could find almost entire albums for movies that were 90% or more rap, with a few obligatory crossover R&B songs to broaden the appeal. As those songs go BLACKstreet’s “Baby Be Mine” is FAR from the worst to share space with hip-hop tracks, thanks almost entirely to Teddy Riley’s trademark new jack swing that now unintentionally sounds like a throwback track from someone nostalgic for said same swing.

The soundtrack’s success was assured by the single reaching #17 on the charts, but there were far more interesting moments both then and now. One of the most amusing parts of CB4 both on and off the silver screen was how they were a functional rap group with Rock joined by Daddy-O and Hi-C to perform the verses, so both Otis and Mike were lip syncing to tracks like “Sweat From My Balls.” I’m focusing on this song in particular because for those in the know it was parody/homage to the classic dirty talking rap “Talk Like Sex” from Kool G. Rap & DJ Polo. It makes me smile every time I hear Daddy-O spitting crass lines like “Don’t ask me what the price is/but it’s more than pussy tickle devices!” You can tell they were having fun with it.

Appropriately enough for an album where the aspiring rappers impersonate the swagger and appeal of N.W.A, founding member Lorenzo Patterson b/k/a MC Ren makes his own contribution with “Mayday on the Front Line,” a Dr. Jam produced piano banger that would be recycled for his own “Shock of the Hour” later that year.

The album is full of gems that deserve more polish such as the Diamond D produced “Sneakin’ Up On Ya” by Fu-Schnickens. The group is much like the movie/soundtrack a now forgotten part of hip-hop history, but Chip-Fu’s performance in particular is one of his most manic and frantic, loaded with rapid fire cartoon and pop culture references that find him gasping for his own breath. It’s so insane that you couldn’t picture him performing it live in concert. If he did that in the recording studio in one take I’d be STUNNED.

Unfortunately it is to this album’s detriment that nearly all of the songs other than those performed by Chris Rock’s fake-turned-real rap group did not stay exclusive to the soundtrack. Both the MC Ren and Fu-Schnickens songs we’ve profiled ended up on their own albums later on, and Public Enemy’s politically charged “Livin’ in a Zoo” was also to end up on a P.E. album after this soundtrack dropped as a “remix” bonus track.

I could go on but the theme of non-exclusive tracks haunts this soundtrack over and over again. Even the BLACKstreet single that helped the album chart wound up on their self-titled debut album the next year. Thankfully the CB4 group songs help make up the difference, including the affectionate tribute to Sugarhill Gang’s breakthrough single “Rappers Delight.”

Even the often unfairly lambasted P.M. Dawn dropped one of the hardest songs Prince Be would ever be heard on with “The Nocturnal Is in the House,” a surprise to me then and a treat to listen to now. The CB4 Soundtrack is almost all killer and no filler, with a surprisingly diverse lineup of acts that suggests to me lifelong hip-hop fan Rock went out of his way to not show coastal bias. After all how ELSE could he end up in a rap group with both Daddy-O and Hi-C at the same time? In retrospect it’s a shame that it was only a gimmick necessitated by the movie, because their parodies of and tributes to other rap hits stand up now. I’m sure I’m not the only one who enjoyed their version of “Straight Outta Compton” and could recite “Straight Outta Locash” from memory just as easily. If you’re too young to have been around for the OST or movie, give both a chance; and if you’re nostalgic for early 1990’s hip-hop you should do the same.