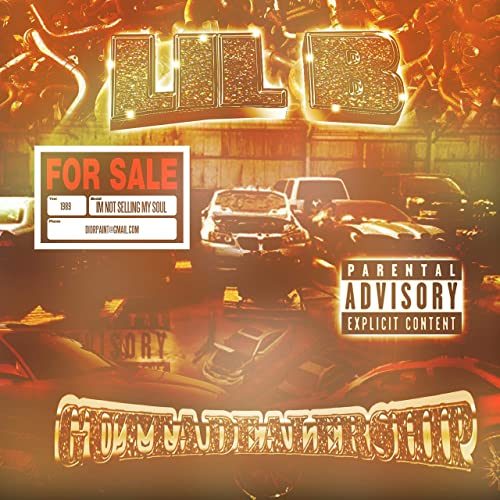 I swear Lil B is trying to kill my enthusiasm for him. I respect his entrepreneurial hustle, his savvy use of social media and the fact he proudly reps the Bay Area. He’s been a known figure in hip-hop since breaking in with The Pack over a decade and a half ago and has only gotten much bigger since. I respect his business acumen and how hard he works to grow his music and business empire. #TYBG. Nothing but love over here. With all that said I was staggered that “Loyalty Casket” was nearly four hours long, which is more time than I want to spend listening to any artist in one sitting, even the Based God.

Brandon’s motto must “B” that if nothing succeeds like success, then nothing exceeds like EXCESS. “Gutta Dealership” clocks in at an absolutely astounding brainfucking SIX HOURS AND FORTY-FIVE MINUTES. Bruh. We need to have a talk. Songs like “Bitches I Did It Based Freestyle” prove there’s absolutely NO quality control when you are trying to produce an entire MOUNTAIN of music with one album. If you’re going to release a nearly SEVEN HOUR LONG album, you just need to go into the “gutter” and start shoveling everything there onto the pile. That’s what this track is. That’s what so many of these tracks are. They are piles. Steaming piles. They are being shoveled as fast as he can excrete them. He consumes beats and excretes songs. There’s no crafting or artistic sculpting behind songs like “Heavy Metal Based Freestyle.” Song after song is just pooped out.

If you’re not weary of “Gutta Dealership” by the time you hit the 70’s or 80’s in the track sequencing, you can certainly tell his most devoted fans are. Just look at the view counts drop every dozen or so tracks on a playlist of this album. I’m reluctant to even describe what’s going on here as an “album” at all. I used to think “double albums” were excessive, even for now legendary deceased artists like Notorious B.I.G. and Tupac Shakur, and by comparison those albums seem restrained and well thought out exercises in musical and lyrical composition. There’s nothing restrained about Lil B. That’s what I love about him, but on “Gutta Dealership” that’s what I HATE about him too. This excessive turd gets a hard pass… or it would if it wasn’t so big it would clog the toilet trying to pass it.