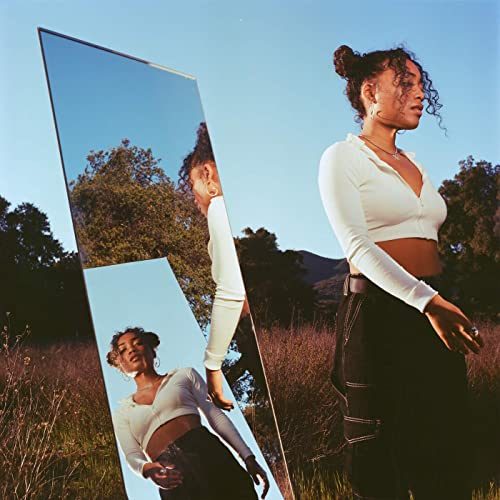 After a summer of nationwide protests about police brutality, it’s hard to hear anyone black say they “can’t breathe” and not dwell on the issue. That’s not fair to angels with wings like UMI. As long as ago as my childhood I remember No. 1 hits on the radio with a refrain of “Take My Breath Away.” A lack of oxygen has always been a metaphor for the emotional impact of love — something that strikes you so hard it nearly causes you to pass out. Eventually we all may be able to remember that context without thinking of what Derek Chauvin did to George Floyd, but right now the words sting.

If the protests do change anything for the better, I hope they create a world where UMI can be as radiant as she is on “Introspection.” In fact despite the local and global upheaval of our economies and societies, UMI seems to be doing pretty well. At only 21 years old she’s already on her third EP, has a distribution deal through RCA Records (owned by Sony Music), and like so many young people in the music industry today was discovered through sharing her music on social platforms like SoundCloud and YouTube. My hat’s off to UMI for making her own lane and driving down it successfully.

UMI describes her influences as ranging from Frank Ocean to SZA, and it’s not hard to hear that on “Introspection” — not just the album but the title track itself. “I am so afraid to fight back/I’ve got a lot of shit to unpack.” Her breathless delivery is met by her emotional vulnerability, and like the artists she grew up influences by, she’s not afraid to pour her heart out all over her music. She’s also not afraid to use heady analogies that go far beyond a lungful of air: “Love doesn’t grow in the middle of the garden, no no/I can feel your pain but you really hate to show it, no no.” The words of “Broken Bottle” are in themselves a lot to unpack. A lot of things grow in the garden — so why doesn’t love, and why specifically in the middle of it? What does that have to do with her partner’s unwillingness to be open?

While you spend your time trying to tease out her message, a watery warbling instrumental mesmerizes your ears and draws you further into her words. It’s here that we see UMI is both hip-hop and R&B in her construction. The modulation of both music and vocals puts this release in the same realm as a wide range of “singers” in rap from Post Malone to Future. Whether or not that was the intention of those artists doesn’t matter — we’ve reached a point where once clear distinctions are now very blurry. Rappers croon and singers rap. As such when you hear a Tyler, The Creator style beat on “Bet” it’s pretty clear that UMI can go either way.

“You ain’t ’bout it, why you doubt it? It was right away/Too astounded, when you found it, put that frown away. And do you really fuck with a girl like me?” You should. “Introspection” might be seen as crass by an older generation, because on songs like “Bet” UMI offers frank lyrics like “you on some bullshit” to those unwilling to be her equal. If stripping away the artifice of pretentious “radio friendly” R&B is the upshot of artists finding their way to market without FM radio, I’m here for it. Her frankness is not bawdy, it’s wholesome. It’s how people actually speak to each other. UMI’s greatest strength is her down-to-earth relatability to her listeners.