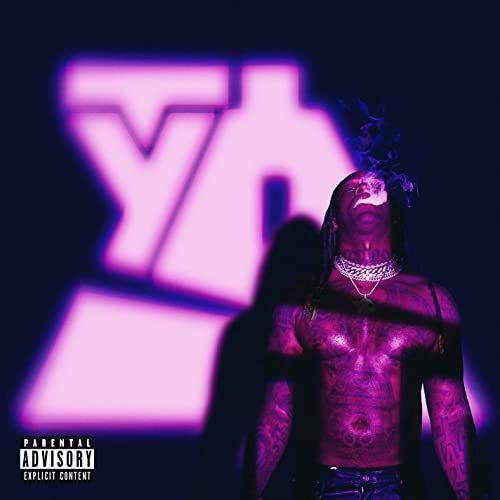 Ty Dolla $ign has dated “Featuring Ty Dolla $ign” to a very specific time and place. The prevailing theory I heard about “classics” as I was coming of age is that the songs or album would have a timeless quality that even future generations far removed from its release would be able to appreciated. By referencing the Presidential bid of Mr. West though, Ty has assured that generations to come will have to ask “Who is YAY and did he actually run for office?” Of course saying that presumes future generations will even be listening to this album.

The conceit of “Featuring Ty Dolla $ign” is that whenever Ty makes a cameo on somebody else’s track that makes it a certified hit. The metrics of what a hit is have become very difficult to ascertain in the digital age, but we can at least concede he is a very frequent guest contributor and appears on a lot of popular songs. Ty (real name Tyrone William Griffin Jr.) is calling on all of his friends to repay the favor for his new album, but in the process of doing so “Spicy” featuring Post Malone ends up sounding like a parody of YG’s “Go Loko.” The song is ostensibly produced by Ty himself along with Damn James! and Weiss, but if the intro contained the words “Mustard on the beat ho” I would not have been surprised. It’s a 100% style bite.

It’s funny really. Ty himself has been accused of being a T-Pain clone, which I’d argue is slightly unfair given that they don’t really sing the same way. They both pull double duty in front of and behind the boards, but there’s a very “Southern fried” delivery to Pain’s vocals and AutoTune that can’t be heard in the L.A. upstart Ty’s music. In fact given his father’s presence in the funk band Lakeside, one could argue Ty has a much more intuitive appreciation of hitting the right notes. He probably doesn’t even need to Tune his vocals as much as Pain does — so it’s amazing he doesn’t have any of the charm of the man he’s compared to.

The irony of “Featuring Ty Dolla $ign” is that all of the album’s charisma comes from the FEATURED artists, such as Quavo on “Freak” and Big Sean on “Tyrone 2021.” When you’ve become known for making the hot cameo on other people’s songs, the irony is that you’re known for being hot for 30-60 seconds at the mos. You’d spend more time at gclub than he does on a track. To overcome the fact that he’s a better producer than a singing rapper, he needs people to feature on his songs more than the other way around. He could provide anyone a beat and they’d be good, but he absolutely needs Kanye, fka twigs and Skrillex for “Ego Death” to work. The song would be a whole lot of nothing without them.

After the past decade of rappers got us accustomed to albums that were often under 40 minutes in length, “Featuring” manages to feel bloated by coming in at almost 60 minutes spread out over 25 tracks. “Slow It Down” becomes all too apt. At first it sounds like Ty is dead set on making a quiet storm sexual come on for the radio, then all of a sudden he’s explicitly talking about “you know that pussy OD” and vowing to not be “done ’til it’s dripping wet.” OKAY. Even your most controversial local FM radio station isn’t going to touch that one. It’s not the vulgarity that kills the song though, it’s the unnecessary nature of hearing Ty croon badly for three+ minutes.

It’s not all bad though. The numerous cameos on Ty’s album and the general quality of the production can carry the presentation even when his singing seems better in 30 second doses. “Lift Me Up” has almost a half-dozen co-producers, making it unclear how much of the work Ty actually did here, but he’s not the dominant vocal on a track featuring Young Thug and Future either. The latter is another artist who seems to have a better handle on singing his flow compared to Ty. I do like his work on “Temptations” though, and he doesn’t even have a presence behind the boards — he left it all to Hit-Boy and Skrillex. It’s about a 50/50 split between him and Kid Cudi in charisma, which means it could be “featured” for either man’s album.

In the grand summary of it all “Featuring Ty Dolla $ign” will be remembered as the peak of Mr. Griffin’s fame. Every single rapper he ever did a favor for had their markers called in, and for close to an hour he makes the most of those debts being repaid. He’s a fine producer, a middling singer, and a very forgettable lyricist. The album’s title banks on his name being the sole draw, but if it has been titled “Featuring Kanye West, Quavo, Kid Cudi, Young Thug, Big Sean and Future” it would be a whole lot more accurate.