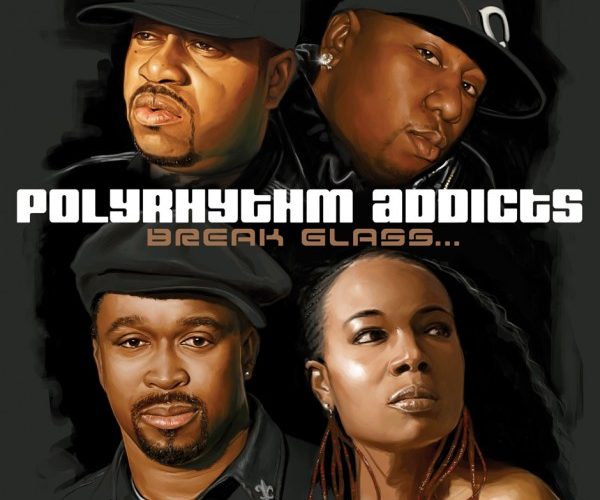 A rap act without an easily digestible image, motto or gimmick in 2007 is as likely to gain industry success as Bush is to admit he was wrong. That’s probably why upon first listen to Poly’s newest full-length you’ll probably be more apt to furrow your brow than mindlessly sway back and forth. Much like many of today’s rap hits, these songs are instantly propulsive and full of energy; unlike the ear candy flooding the airwaves, however, this shit can’t be easily classified or digested. Underground heads in all ways that truly matter, Poly brings GOOD music, period. But since good is hard to classify or quantify, some will probably walk away slightly confused, while saner minds will dip in for more.

So this isn’t music for gangstas, hustlas and pimps; or backpackers hungry for eccentricity; or coffee shop bohos looking for a vibe; or mainstream cats wanting sounds for their (daddy’s) SUV. With beats that are whole and complex and dynamic, and lyrics both thoughtful and populist, “Break Glass” is ultimately for mature listeners who enjoy quality hip hop. Nothing too difficult about that, but in today’s polarizing musical climate, it’s a rare (and beautiful) thing indeed.

The re-united and re-constituted Addicts (currently including the master DJ Spinna on the beats, with original veteran MCs Shabaam Sahdeeq and Mr. Complex and new flame-spitter Tiye Phoenix forming a lyrical trio) find common ground in serving up staples of classic rap.

Each MC is rock solid, but the real Poly foundation is Spinna’s sonic template. If you live on the East coast you may know this cat as the guy who throws wicked Stevie Wonder parties; the boy genius’ influence is clearly heard on many of these selections, as Spinna incorporates the airy synth basslines and layered grooves of Stevie’s best early-70s work. Combine that with a boom-bap aesthetic and you have grown-folk hip hop: complex without losing funkiness, banging without being mindless. So although you won’t be initially blown back (as many of today’s hits are seemingly computer-generated to induce), the repeat value is extraordinary, and you’ll NEVER have to use the skip button(!).

Lyrically, the trio sticks to real life, even when describing their dreams and hopes. Inevitably, this leads to a handful of relationship joints, a ton of entertaining stories/observations, and numerous critiques/observations about the current rap maelstrom. But far from sounding bitter, the Addicts come off as self-assured veterans that just know better, only expending negative energy in feeling sorry for younger cats who don’t know the half. Sounding â€˜hard’ without having to signify with common Thug stereotypes, the decidedly rare lack of gun/drug/crime references may shock some listeners. Amazingly, recent female pickup Tiye Phoenix manages to outshine both respected underground veterans, as damn near all of her verses are lyrically complex and delivered with brazen passion as well as cool confidence.

“Break Glass” is a polished and satisfying platter of music to live by, with, and for. Point blank: if you’ve been yenning for some good quality hip hop to wear out your headphones for a month or two, look no further. Like your momma’s well-perfected cinnamon oatmeal, Poly’s not gonna impress anyone not hungry for sustenance, but for those that know, they hit the spot lovely.