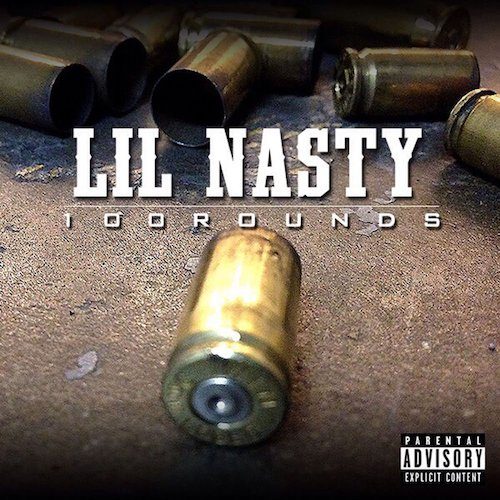 “Yes, +Nasty+ by Nature’s what my title say
Bring her to my crib, get some head, like a pillowcase”

You wouldn’t believe how many false positives you get just looking for “Lil” and “Nasty” as your keywords. To narrow down the results a little bit I appended “UK” and “grime” and a picture of who Lil Nasty is started to emerge. If any of this is wrong I expected one of our international heads will correct me, but as best I can tell Lil Nasty joined the N.A.S.T.Y. Crew around or shortly after Stormin passed away (cancer) in 2018. He’s got family in the scene as Griminal, Marcus Nasty and DJ Mac 10 are his brothers, which caused at least one reporter to describe them as a “grime dynasty.” Fair enough. There aren’t that many full families in hip-hop on either side of the Atlantic. Off the top of my head I can think of Simmons (Joseph and Russell) and Miller (No Limit) but that’s besides the point.

“Fuck you! I’ve only got love for me and my crew!” Lil Nasty does his best to live up to the name throughout the length of “100 Rounds.” The whole thing feels like an ultra appropriate definition of grime as a subset of hip-hop. Nasty’s lyrics are grimy, filthy, raw and super aggressive. The beats are well met to his vocal attack — as dirty, electronic and ragged as any grime artist that you’ve heard to date. On “Long Time” featuring Rapid it sounds like dogs are barking out the beats for the duo to flow over, and it makes me picture a dimly lit club in Hackney or Tower Hamlets, air thick with smoke and the sound of bottles being smashed. That would be pre-pandemic of course, but it’s impressive when the sound makes you visualize a scene.

“Music’s all in my blood” seems apt for both Lil Nasty’s lineage and album. What frustrates me about “100 Rounds” is that it’s nearly impossible to find. I can stream it on Spotify or YouTube Music, but I don’t see any way to buy a physical copy or even a digital download of it. Maybe the options are limited because I’m Stateside, but I suspect to some degree labels are still reluctant to market and distribute grime rap outside the United Kingdom. I admit it’s not everybody’s cup of tea (sorry couldn’t resist that one) but there is a pulsing vibrant energy to Lil’ Nasty that reminds me of Chicago’s drill rap scene, and the electronic sound of the instrumentation makes them clear cousins even if you’ve never stopped to consider the comparison. In fact “Hear That a Lot” sounds like a literal drill being repeatedly revved up.

Sadly aside from Wiley and Dizzee Rascal very few artists from the grime scene have become marginally well known outside the UK. To some degree it’s an insular scene — made by the people in it FOR the people in it — and that super electronic sound and rough lyrical edge tends to keep it that way. I’d say it’s a mistake to ignore artists like Lil Nasty and albums like “100 Rounds” though. The topic matter isn’t so different from any contemporary in the U.S., Canada or anywhere else — love for the fam, getting money, taking no shit from the haters, and steadily grinding to reach the top. Nothing on “100 Rounds” is groundbreaking, but it doesn’t disappoint my expectations of what hardcore underground grime rap is in any way.