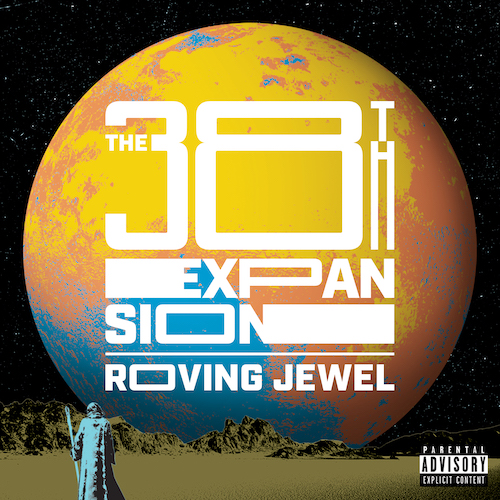 As a young man I was taught that a reviewer’s role was to provide critical analysis divorced of personal experience. You were supposed to think about the subject in a vacuum, not allowing any of the outside world to penetrate it, analyzing it in its purest untainted form. Above all you could not allow your personal preferences or emotional responses to pollute that purity. If you couldn’t establish a set of criteria that created a strict meritocracy where only the cream rose to the top you were doing a disservice to those who had truly earned the praise, not to mention failing to provided the needed feedback to help the struggling improve. It was presented to me as a quest for the Holy Grail. Choose wisely and thrive. Choose poorly and the outcome would be your self-destruction.

As much as I appreciate the wisdom those elders were trying to impart, I’ve had 30 years of experience that show those rigid academic standards aren’t realistic. Life doesn’t exist in a vacuum and reviews shouldn’t either. No matter how much any reviewer protests they are strictly objective about their critiques, their life has been shaped by their own experiences, and their reviews will be thus be influences by it as well. Where you grew up, what era you grew up in, what your peers were into, what you read, it all plays a role. You can pretend none of that exists if you want to but the end result is intellectually dishonest. You like what you like for a reason.

“The black educator/lyrical warlord innovator/I’m a real rhyme sayer.” In my teens and 20’s I was hardcore Wu-Tang Clan to the point I sought and acquired every project related to them, no matter how secondary, tertiary, or tenuously thin the connection might be. I filled a whole milk crate full of vinyl of “Wu records” and expressed that affection by making and releasing mixtapes to showcase the gems I dug up. It was as ambitious as it was absurd. Who was I? A white boy from the rural Midwest obsessed with “the slums of Shaolin” and the boroughs of NYC I had never been to. I ignored how ridiculous it was and did it anyway because it made me happy. Hearing 9th Prince of Killarmy on “The 38th Expansion” gives me nostalgic memories of those crate digging days, where even an appearance by RZA’s brother was enough to justify me including a song on those mixtapes.

The Sacramento, California based producer is certainly playing to that bias by including Killah Priest on the title track of his album, and it’s a treat for me to hear more of his biblical “In my father’s house there’s many mansion” raps, although at only 90 seconds it left me craving more. Although it was that Wu-Tang nostalgia that drew me into “The 38th Expansion” at first, the album opened me up to NEW experiences that I hadn’t been expecting. The thick slanguage of the London based CoN-Vers over the muddy bass and sharp synths of “Shine Light” gave me an instant affection for BOTH men that made me want to see them work together for a whole album. Cali to England? Why not. You know I want that good shit — gimme some more.

Roving Jewel isn’t just showing love to New York City and London though. True to his Bay Area roots, Hieroglyphics OG Casual gets a spotlight on “Infiltration” and he uses it offer some much needed wisdom. “Life ain’t a game, I ain’t got an extra man.” His insights may seem harsh but to my ears no lies are detected. “A lot of white dudes act hip-hop/and when it go down, they zip lip and the black shit stops.” He’s not saying white people shouldn’t participate in black culture, but he is saying the “pseudo sympathizers” need to be called out for their ineffectual response to black men, women and children being murdered DAILY.

“First thing, don’t teach your kids racism
Don’t act all great and be fake with ’em
For real! If instructions are needed
how ’bout treat racists the way blacks are treated
in America? Keep ’em out your area
Don’t give ’em no opportunities
and look forward to BURYING them”

He’s not the only Cali legend coming out on the project. Planet Asia gets to shine on “Coming Out the Darkness” and says that even though he’s been in the “belly of the beast” he “made it this far with no blemishes.” It’s hard to argue given his vocals seem largely unchanged over the years, although the bars may be dated when future listeners hear “we in a civil war with the pandemic, so fuck the rent.”

The diversity of heads that Roving Jewel collaborates with on “The 38th Expansion” is impressive. Tek from Smif-N-Wessun shines on the lovely piano notes and drums of “Only a Few Make It Out.” Consistently underrated DMV rapper Substantial blesses the finger snapping melodies of “On Everything,” but the fun track belies a serious message about the racial disparities he deals with daily. “Why follow man’s law if it never was fair?” A fair point. From the relaxing and hypnotic Zion I vibes of “Seven Seals” to the “I Need a Freak” inspired production of “Nobody’s Invincible” with Kinetic 9 and El Conductor, each track evokes a new and different mood that’s equally enjoyable.

Roving Jewel had (unbeknownst to me) already established his chops as a producer with instrumental releases before this album, but after listening to “The 38th Expansion” I am again reminded of mixtapes in the best possible way. Unlike the strictly Wu-Tang affiliated joints that I used to make, RJ is seeking talent far and wide to work with him on the tracks, and the result reflects the diaspora of hip-hop far more than most of his contemporaries. Obviously he could go even further and have rappers from South Korea, France, Nigeria, et cetera. I’m not knocking him for it — I’m simply praising him for creating a quality experience from start to finish that never bogs down on one emcee or one style too long. The fact he can mesh with so many different styles and craft a good sound for every artist shows this Jewel is a hidden gem that needs to shine in the darkness himself. Let’s bring it to the light, aight?