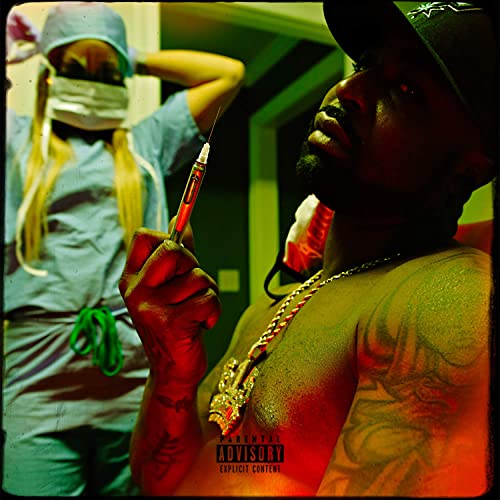 We covered the failed relaunch of G-Unit in 2015; an EP that offered little of what made G-Unit’s first two records (and countless mixtapes) worthwhile additions to any fan of grimy New York rap. It’s a shame, and I understand 50 Cent is a very busy man now with his television work a priority, interspersed with occasional guest verses and continued social media bantering of celebrities (including Buck after he slept with a transgender). But G-Unit, as the opening quote remarks, were huge and key figures in keeping the New York torch alight during the mid-2000s at a time when it was struggling to adapt its sound. G-Unit was everywhere, from clothing lines, sneakers, cinema, videogames… The list goes on. Much of this was down to the solo success of 50 Cent but G-Unit was there alongside him. After Lloyd Banks left the group in 2018, the group is more or less dead in the water at this point.

With news of an imminent return to rap from Banks I thought I’d check out Young Buck’s recent work. He’s been productive, regularly releasing mixtapes and independent albums throughout the 2010s although none of them have really raised his profile. It’s fair to say he’s struggled since G-Unit disbanded ten years ago, having filed for bankruptcy, been the subject of a driveby shooting, and also having served prison time for weapon charges. Buck’s debut solo album was a platinum-seller, but listening to his recent material, it’s clear that if he wasn’t a part of the G-Unit machine, it’s difficult to see him hitting those numbers. Being a southern rapper intrinsically associated with a New York crew is itself, a poisoned chalice, and it leaves his solo material (often sonically and stylistically disparate) in this awkward spot. With Lloyd Banks’ muttered wordplay a solid fit for the recent wave of lyrically dense coke-rap and 50’s profile allowing him to drift between Griselda and Ed Sheeran, Buck has stuck to his roots. The problem here is that he’s not necessarily shown much growth since the G-Unit heyday.

“Vaccine” isn’t the dreaded COVID-spiracy it may appear to be. Instead, we get a typically thuggish dose of tough gangsta rap that many may well feel immune to. There’s not much here that leaves an impression in 2021 – it lacks any real personality or opinions – which is a shame given how eventful Buck’s career has been.

“Say Now” has glimpses of this, as he simply talks in between verses about the Dr. Dre incident in 2004 as well as being shot in the years before that. Instead of delving into these stories that are rich with opportunities for songs, he (remarkably) compares himself to Nipsey Hussle on “Nipsey Hussle” as some sort of hood pariah figure.

“I Feel Good” is the one song that sticks out as a successful Young Buck song. Stripped back production allows Buck’s charisma to shine through and it reiterates how much better he sounds without shouting. “Cross Me” is another example that works.

If Buck is to break away from the shadow of G-Unit, fans will expect a bit more risktaking. A bit more storytelling. A bit more something. There have been dozens of mixtapes in the intervening years that have kept him busy but fail to capture the cinematic thrills of his early work, but also show that when you strip away the big-budget beats of “Straight Outta Cashville” and numerous collaborators of “Buck the World“, Buck shows that he’s more interesting and more memorable when part of a group.