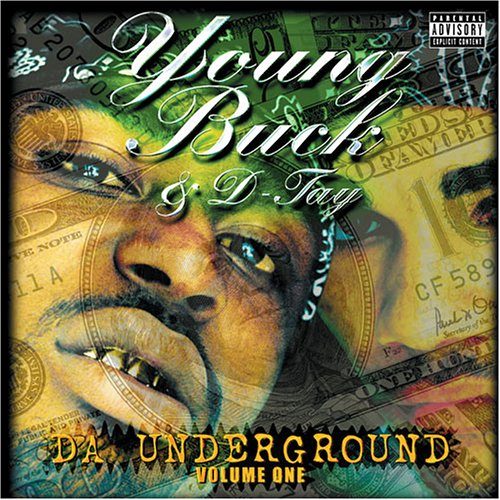 It used to be that the best way for an artist to get a deal and break through was by associating with a crew. There was a time when almost every new rap artist could be directly linked to an already established act. Redman and Keith Murray were down with Erick Sermon, Nas had Large Professor’s nod of approval, even Coolio could be linked back to WC and the Maad Circle. But beginning with the popularity of No Limit and other independent rap labels, the process through which an artist could get signed by a major started changing. Today it seems, the best and sometimes the only way to catch the attention of a major label is to make a splash independently. While this phenomenon was initially restricted to the south, where the independent rap game has always been strong, nowadays even New York artists have to push units either independently or through the mixtape scene to be taken seriously (think 50 Cent). What this ends up meaning for consumers is that by the time any particular artist “officially” releases a certain album he/she most likely already has a bulk of work recorded and released regionally. This abundance of material can be a mixed blessing for fans. Case in point, Young Buck made news last year with his cameo on 50 Cent’s “Get Rich or Die Trying” and was subsequently signed to G-Unit Records, but Buck is far from a newcomer to the game. Before he was down with G-Unit, Young Buck ran with an individual by the name of Juvenile and even before Buck was down with Juve he was releasing material in his hometown of Nashville, TN.

“Underground Vol. 1” includes a very young Buck (no pun intended) and his equally young partner D-Tay (which was featured on 2 tracks of “Straight Outta Cashville”) when they were still trying to make noise outside of their hometown of Nashville. On more than one occasion, Young Buck seems proud to declare that he is only 19, hinting that his lyrics far exceed what others his age are producing. Though one would think that 19 isn’t necessarily too young for a rapper, especially considering Buck is only 21 now, 2 years has made a large difference on Buck’s voice. This difference is painfully noticeable during the entire CD as Buck is found spitting in a voice an octave or two higher than his current southern growl. While distinguishable, the task of determining when D-Tay’s verse ends and Buck’s begins is a difficult one at times. This difference could be due to quality of recording or some studio work on Buck’s voice today, but either way it is a bit annoying trying to figure out just who is who on this release.

Further complicating the situation is the fact that both rappers say the same thing throughout the album, never once straying from today’s cliqued thug bravado. This subject matter could be given some life if the delivery was on point, but â€œUnderground Vol. 1â€ is void of any dope metaphors or engaging stories. The only time they even try to switch things up is on “Workin’ With Something” when they take time out to holler at the females, but they are quick to reconcile their thug image with the aptly titled “Bitch Before My Dog” and the instructional “Drop It.” Proving further that they paid attention in “Gangster Rap 101” the makers of this CD also add various sound-bites from “Scarface” which include “Telephone Skit” where two bad actors do their best impression of Tony Montana. The only refreshing track on the CD is the reggae influenced weed anthem “Fired Up” featuring Houston’s Papa Reu. The track isn’t mind blowing, but it is nice to be able to distinguish Papa Reu’s reggae-rap from other verses without having to take a second listen.

Musically, D. Smoov (the album’s credited producer) does little to help the MCs shine. D. Smoov seems to have a knack for imitating almost every southern sub-genre of production very well, but his production is just that: imitation. When not trying to duplicate the smooth and laid back grooves of H-Town funk, Smoov busies himself with the Mannie Fresh inspired “Ya Know,” “Back On Up,” and “Where Da Love At.” Surprisingly, he outright jacks the beat from UNLV’s classic “Drag Em ‘N’ The River” for “Don’t Play.” â€œDrop Itâ€ is almost dope as it features a screwed up hook over an up-tempo beat, but it too sounds familiar (think â€œSippinâ€™ on Some Syrupâ€ ). D. Smoov, like Young Buck and D-Tay, does nothing but play follow the leader on this album providing nothing original or fresh.

Earlier I mentioned that the independent rap game can be a mixed blessing for consumers. On the one hand, many times consumers are pleasantly surprised by regional hits that never made their way to the billboard charts. The flip side of the coin is that a lot of the material released regionally was confined to that region for a reason, it just wasn’t good enough to be appealing to anyone but diehard fans. “Underground Vol. 1” is a great example of the latter, the music found on this CD just isn’t good enough to appeal to anyone outside of diehard fans of Southern gangsta rap. If you have ever heard generic Southern gangsta rap, then you’ve heard this CD; both musically and lyrically. The only positive thing one could surmise from a release such as this is the fact that Young Buck has reached the status he has in today’s rap game. That 50 Cent managed to find something appealing in Young Buck from generic music such as this should give hope to the countless MCs out there looking for a break.