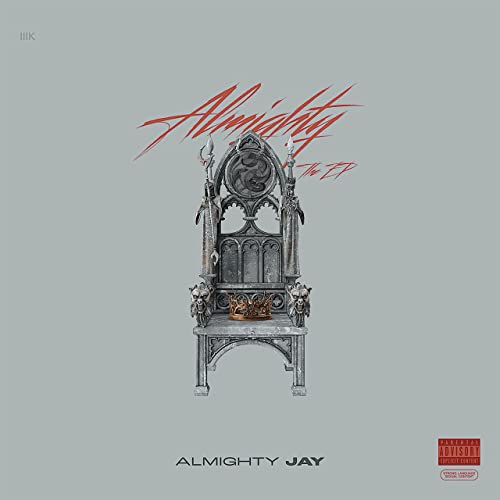 Formerly known as YBN Almighty Jay, the rapper born Jay Gerard Bradley dropped the YBN from his nom de plume and now goes by just Almighty Jay. The change was necessary when YBN Nahmir announced last August that the crew had disbanded, so it’s not necessarily because he has beef with any of the rest of the collective or vice versa. Still from my own perspective it’s strange that Nahmir put an end to the crew right at the time the YBN moniker was starting to gain some traction and recognition nationally.

Releasing a lead single like “No Label” from “Almighty: The EP” certainly implies that something went down though. There’s some veiled references to Jay doing more for others than they did for him. “I looked out for you a couple times when you couldn’t pay yo’ rent/You gon’ lie and I say I didn’t/I did it.” He doesn’t name names specifically but there’s no mistaking that he’s airing his grievances: “Watch my closest homies change and turn into a menace.” “Took them letters out my name they started sayin I was switchin up/I done been down a couple times and you wasn’t there to pick me up.”

Jay certainly has been “down” before, at one point being mugged in New York City and needing over 300 stitches after the incident (damn). I have to say he’s healed up well given he’s looking plenty fly in “Choosy” with DDG. I dig the golf motif for a couple of reasons — one it’s clear that everybody involved is hamming it up for the cameras, and two it’s a clever way of “social distancing” for a video shoot without actually advertising that you’re doing so. COVID-19 does come up more directly though on “Nasty” in what has to be the first time I ever heard a rapper accuse a woman of giving him coronavirus because of her foul ways.

It’s tacky to be sure but at least he says “I went to the doctor to get a vaccine” which unintentionally may emphasize the need to get that shot to his audience, so I can accept the context. Speaking of context there are a few more things I’ve noticed about Almighty Jay. Although his songs are short, it’s often the result of how fast he’s rapping as opposed to the lack of him having anything to say. His vocals are remarkably clear and precise even when pitch corrected, which suggests to me he might be just as dope if not more so without the tuning. He’s also a better than average storyteller, drawing you into the drama of his songs whether they are fictional or based on some real life events — I suspect both. He blurs the lines successfully.

Even though it was Nahmir that first introduced me to Almighty Jay, I think I actually might like Jay as much if not slightly more than his former comrade. Whatever beefs they have in the wake of the break up, I hope they keep it civil on wax and don’t resort to some unnecessary extras that will lead to unfortunate tragedies. Go on your separate ways Young Bosses, because releases like “Almighty: The EP” show you have a promising future whether together or apart.